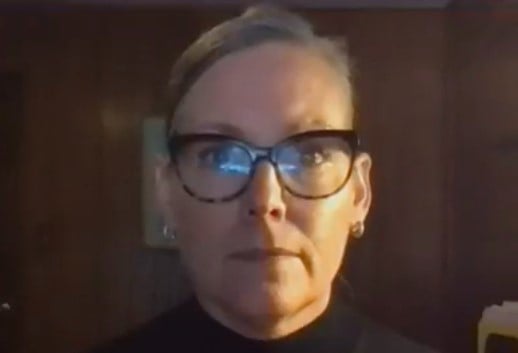 Arizona’s first Democratic governor in over a decade spent no time proving she was every bit a Democrat by putting the state’s executions on hold — sparing more than 100 murderers on the state’s death row, including a man who kidnapped and brutally killed his girlfriend’s ex-husband.

Gov. Katie Hobbs, the victor in a contentious race with Republican challenger Kari Lake, ordered the hold on Friday “due to the state’s history of mismanaging executions,” according to The Associated Press.

In the executive order, Hobbs didn’t officially declare a moratorium on executions. However, she appointed a commissioner to oversee a review of how the death penalty is carried out — and the state’s new Democratic attorney general, Kris Mayes, has said she won’t be seeking court orders to execute prisoners while the review is underway.

“With the Arizona Department of Corrections, Rehabilitation and Reentry now under new leadership, it’s time to address the fact that this is a system that needs better oversight on numerous fronts,” Hobbs told reporters.

The executive order spells out the purview of the commissioner, who will review, among other things, “ADCRR procedures and protocols for conducting an execution by gas chamber and by lethal injection, including but not limited to setting lines for a lethal injection, transparency and media access, access to legal counsel for the inmate.”

The commissioner, who is yet unnamed, will deliver a report to the governor on ways to improve the death penalty process.

According to the Death Penalty Information Center, Arizona has two methods of executing death row inmates: the gas chamber or lethal injection. Since the approval of lethal injection by voters in 1992, inmates have been able to choose which method by which they will be executed.

A botched 2014 execution and difficulties obtaining the drugs necessary to carry out lethal injections put an eight-year hold on the death penalty.

However, in 2020, Arizona announced it had found a compounding pharmacist to supply the necessary drugs, and the state announced in the spring of 2021 it had finally gotten a supply of the drugs.

Still, the three executions carried out under former Gov. Doug Ducey were not without controversy.

“Since resuming executions, the state has been criticized for taking too long to insert an IV into a condemned prisoner’s body in early May and for denying the Arizona Republic newspaper’s request to witness the last three executions,” the AP reported.

The report said 110 prisoners are currently on the state’s death row. The Arizona Republic published a list of them last year along with their photos and a summary of their horrifying crimes.

Take, for example, Joseph Clarence Smith Jr. It says he was “convicted in the 1975 murders of two teenage girls he had picked up while they were hitchhiking in Maricopa County. Both teens died of asphyxiation after Smith forced dirt into their mouths and nostrils and taped their mouths shut. He also stabbed each girl several times.”

Or Preston Strong. The Republic says he was “convicted in 2017 of the 2005 murder of his best friend, Luis Rios; Rios’ girlfriend, Adrienne Heredia; and Heredia’s four children, 13-year-old Andreas Crawford, 12-year-old Enrique Bedoya, 9-year-old Inez Newman and 6-year-old Danny Heredia III. He spent hours asphyxiating four of the victims and shot his best friend and the youngest boy.”

The first of them to be spared by Hobbs’ pause, most likely, is 51-year-old Aaron Brian Gunches, who had a warrant of execution issued in his case last year.

According to KNXV-TV, he “was sentenced to death in 2008 after pleading guilty for the kidnapping and murder of his girlfriend’s ex-husband, Ted Price.”

“Gunches also shot a [state Department of Public Safety] trooper twice after he was pulled over near the California border, to which Gunches pleaded guilty to attempted murder,” it said.

“The bullets used in the incident with the DPS trooper are said to match casings that were found near Price’s body.”

As KNXV noted, Gunches had initially filed a motion requesting to be executed on Nov. 25 but reversed his decision in a subsequent Jan. 4 filing.

Attorney General Mayes honored his request, sparing him for the time being.

“My predecessor’s administration sought a warrant of execution for Mr. Gunches after he initiated the proceedings himself. These circumstances have now changed. However, that is not the only reason I am now requesting the previous motion be withdrawn,” Mayes said.

“A thorough review of Arizona’s protocols and processes governing capital punishment is needed. I applaud Governor Hobbs for establishing a Death Penalty Independent Review Commissioner to begin that process.”

Of course, this raises the question of whether the review ordered by Hobbs is little more than a less-controversial way to hit the stop button on the death penalty in a state that still tends red despite recent Republican losses.

The new governor was asked Friday where she stands on capital punishment, and she declined to answer.

In other states — and at the federal level — Democrats who are on less shaky ground with voters on the issue of capital punishment have been clearer about their intentions to end or curtail the death penalty.

President Joe Biden promised on his campaign website that he would “work to pass legislation to eliminate the death penalty at the federal level, and incentivize states to follow the federal government’s example.”

Federal executions are currently on hold, also due to a review ordered by U.S. Attorney General Merrick Garland in July 2021. In addition to looking at whether the lethal injection drug pentobarbital is humane, Garland said in a memo that the death penalty has a “disparate impact on people of color.”

This January, outgoing Democratic Oregon Gov. Kate Brown commuted all of her state’s death sentences to life in prison.

Another outgoing Democrat, Nevada Gov. Steve Sisolak, tried to do the same, according to The Associated Press. However, state law doesn’t give the governor sole power to grant clemency, and a judge ruled his attempt to call a last-minute meeting of the pardons board didn’t give families of the victims the required 15-day notice of any such action.

So, yes, this is what Democrats do when they’re either lame ducks or don’t have to worry about shaky support in a generally red state. In Hobbs’ case, she doesn’t have that luxury.

The question then becomes whether the commissioner she’s going to appoint becomes little more than a tool to stop the death penalty while sidestepping the wrath of a public that supports it.

At the very least, however, she’s sparing a cold-blooded killer like Aaron Gunches for a little while longer — and denying justice to his loved ones.

The post Arizona’s Katie Hobbs Halts Executions of Over 100 Murderers – Here’s Who She’s Sparing appeared first on The Gateway Pundit. 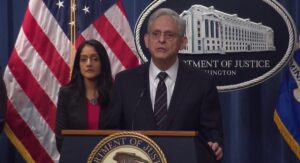 Next post Join The Gateway Pundit Twitter Space Wednesday January 25th 8:00 pm Eastern-Ending the Vaccine Mandate Isn’t Enough, National Security and Readiness Still at Risk
Enter Your Information Below To Receive Free Trading Ideas, Latest News And Articles.
Your information is secure and your privacy is protected. By opting in you agree to receive emails from us. Remember that you can opt-out any time, we hate spam too!