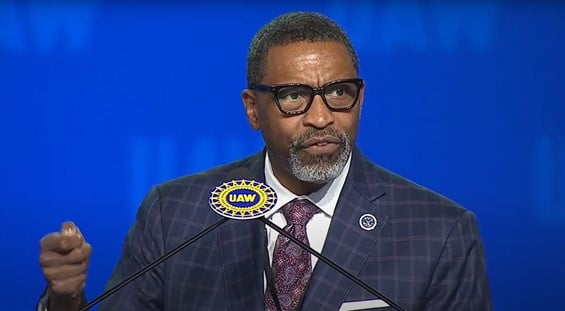 All we have heard for the past month is that Donald Trump is finally finished despite him still leading the GOP presidential primary polls. One thing remains certain, however: the former president continues to live rent-free in every leftist’s head, particularly National Association for the Advancement of Colored People (NAACP) President Derrick Johnson.

NAACP President Johnson suffers from Trump Derangement Syndrome so severe he only has Trump on his mind this Christmas. This derangement is one he can only express in melody.

In a play on Mariah Carey’s world famous Christmas song “All I Want for Christmas Is You,” Johnson unveils the radical left’s ultimate wet dream: putting Trump behind prison bars.

“I don’t want a lot for Christmas. There is just one thing I need. I don’t care about the presents. Underneath the Christmas tree,” Johnson tweeted.

“All I want for Christmas is… Donald Trump in handcuffs.”

All I want for Christmas is… Donald Trump in handcuffs.

Johnson has made several outlandish statements on Trump for the past several years. He accused the former president of “operating under a white supremacist doctrine” in a lawsuit after the January 6th riots.

Trump, of course, is not racist and has friends across all racial lines. He also won the most minority votes by percentage of any Republican in 100 years with exception of George W. Bush in 2004.

The NAACP leader also agreed that Trump’s visit to the Mississippi Civil Rights Museum in December 2017 constituted “a war on black memory.”

Love this quote “Trump visit constitutes a war on black memory: it seeks to strip from African Americans the right to tell their own story in their own time, space, and voice – to each other, to other Americans, and to their posterity.” #MississippiCivilRightsMuseum #SNCC

Johnson accused Trump of trying to steal the 2020 election via “voter suppression” tactics. Quite ironic considering election fraud may have cost Trump the White House.

Together the Trump Administration and the Post Master General have plotted to STEAL the #2020Election through #votersuppression through the vote-by-mail process. And because of these attacks on our democracy, the @NAACP is taking the #PostMasterGeneral to court #DeliverDemocracy pic.twitter.com/0jpPPWNN5D

Johnson and the NAACP further demanded advertisers “immediately pause” funding Twitter after Elon Musk made the brave decision to reinstate the former president.  He then accused Musk of “failing our democracy.”

You are failing our democracy.

Your garbage poll means nothing. Did people outside the US vote? Did you reach out to marginalized communities—the targets of Trump’s rhetoric—for their input? Your followers don’t represent America.

The NAACP laughably presents itself as a nonpartisan organization despite constantly attacking Republicans and almost never bashing Democrats. More infuriatingly, they are a tax-exempt organization.

The best medicine for liberal hacks like Johnson is Donald Trump or a Trump-like figure in the White House. Then a revocation of the NAACP’s tax-exempt status.

The post NAACP President: All I Want for Christmas Is Donald Trump in Handcuffs appeared first on The Gateway Pundit. 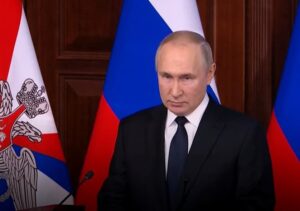 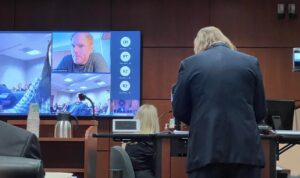 Next post Recap of Kari Lake First Day of Trial – Judge Schedules Tomorrow’s Trial From 8:30 MST to 4:30 MST.
Enter Your Information Below To Receive Free Trading Ideas, Latest News And Articles.
Your information is secure and your privacy is protected. By opting in you agree to receive emails from us. Remember that you can opt-out any time, we hate spam too!