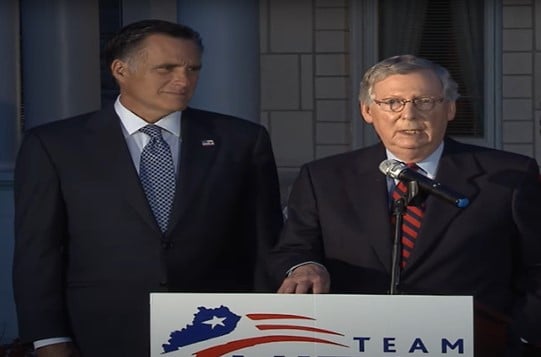 A day ending in a y is another one with McConnell screwing over Republican voters.  The Senate Minority Leader now intends to deliver arguably his biggest sellout: ensuring the GOP’s worst senator, Willard Mitt Romney, wins another Senate term.

Politico this morning reported that Romney is angling toward another run. He says winning again is “frankly, not a question in my mind” and “I’ve faced long odds.”

McConnell says he will do everything possible to ensure Romney succeeds. From Politico:

“Utah’s voters are near evenly split over whether Romney should run again — yet a Romney reelection is important to McConnell to demonstrate the party’s appeal goes beyond Trump, even as the former president’s critics vanish from the congressional GOP.”

“And McConnell is willing to put money behind it.”

“McConnell already demonstrated he’s willing to defend an anti-Trump Republican against an intraparty challenge, spending millions of dollars this year through his aligned super PAC to reelect Sen. Lisa Murkowski (R-Alaska). McConnell said in an interview that he’s “absolutely” willing to do the same for Romney and is pushing his colleague for another bid.”

“He’s been a really important part of our conference. People respect his intelligence, his assessment of the era we find ourselves in. And I think his running for reelection would be very important,” McConnell said. “It’s important for the Republican Party and the country that he runs again.”

You read this right. Despite wasting millions of dollars defending RINO Murkowski against actual conservative Kelly Tshibaka, McConnell wants to double down in blood red Utah to spite the 45th president.

Politico mentions Utah Attorney General Sean Reyes as a potential challenger to Romney. Reyes is a staunch conservative who strongly supported Trump in both 2016 and 2020. He also, unlike Romney, opposed both Trump impeachments.

A primary loss by Romney in 2024, however, might mean the new Utah Republican Senator votes to replace McConnell.  Romney will of course continue to carry McConnell’s water just as he has carried Biden’s.

The primary impetus for his mendacity was the refusal of Masters, Bolduc, and Tshibaka to support him as Senate Republican Leader. The money evaporated for Masters and Bolduc and poured in against Tshibaka once they staked out their positions.

McConnell ultimately does not care too much whether Republicans have the majority or not in the Senate. The most important thing to him is remaining Senate GOP Leader.

It’s critical for America to retire both McConnell and Romney as soon as possible. The GOP can then begin to build a party that represents the will of the American voter.

The post Mitch McConnell Pushes Jealous Never Trumper Mitt Romney to Seek Reelection, Claims “It’s Important for The Republican Party and The Country That He Runs Again” appeared first on The Gateway Pundit. 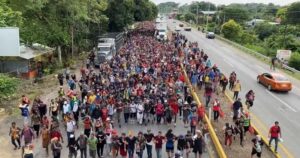 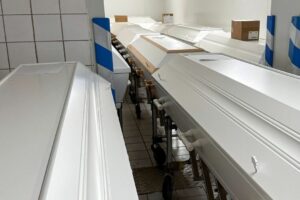 Next post “It’s a Crisis” – Massive Increase in the Number of Dead Forces Funeral Homes in Norway to Store the Dead in Garage
Enter Your Information Below To Receive Free Trading Ideas, Latest News And Articles.
Your information is secure and your privacy is protected. By opting in you agree to receive emails from us. Remember that you can opt-out any time, we hate spam too!