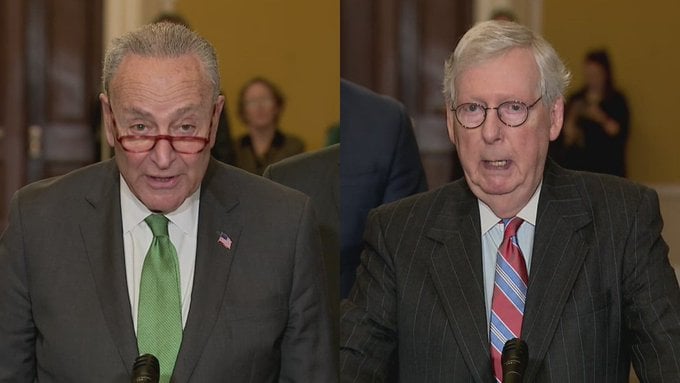 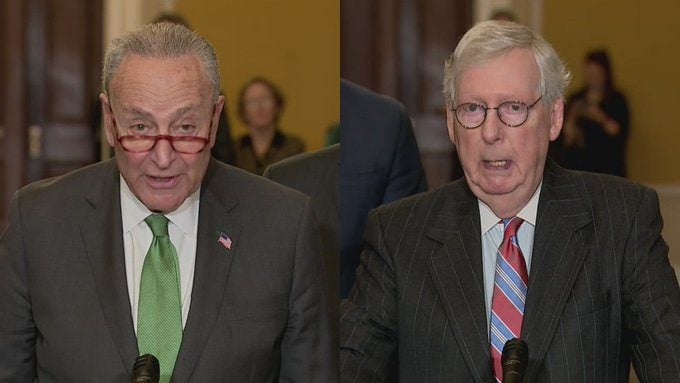 US House GOP Representative Dan Bishop went to work today with his team to dig into what is in the spending bill that the US Senate just passed.  It is an atrocity.

Every day Americans are devastated by the actions taken by this corrupt and tyrannical government.  Instead of eliminating the funds to pay for corrupt entities like the FBI, the group of clowns in Congress just voted for it.

The Omnibus bill is over 4,000 pages long with $1.7 trillion in spending.  It prohibits the government from spending any money to be used to improve US border security. WHO WROTE THIS?  CHINA?

It expressly prohibits CBP funding from being used to improve border security. pic.twitter.com/g2F4o1zl2D

But the US will pay for border security in Middle East countries and 1.4 billion for membership in global organizations.  WTH

And, of course, $1,438,000,000 for membership in global multilateral organizations, including the UN. pic.twitter.com/LHjDYXG2Us

The bill will spend $65 million on salmon.

And millions for fisheries and more fish.

And lest the other fish feel left out of the spending spree, here’s $65.7 million for international fisheries commissions.

Perhaps President Bush was onto something when he said “I know the human being and the fish can coexist peacefully.” pic.twitter.com/2P7CkeI5pe

On a more sinister note, here’s at least $575 million for “family planning” in areas where population growth “threatens biodiversity.”  And millions for buildings named after corrupt politicians.

$65 million in two programs for Senator Leahy, and a federal building named for Nancy Pelosi.

$477k for “antiracist” training from the Equity Institute

$3 million for the LGBTQ+ museum in NYC

$1.2 million in “services for DACA recipients”

$4.1 million in various career programs for one of the richest counties in the US (Fairfax) pic.twitter.com/pPTxuTwGfQ

Half a billion for the DEI and minority health research. WTH

Of course, there’s a section for NDAA corrections – another gargantuan bill that passed in a rush.

Because God forbid that Congress actually proofread legislation before passing it! pic.twitter.com/T81zEdmYQw

It also authorizes “sums as may be necessary” for vaccine injury/death claims. pic.twitter.com/HtoUnniRxt

Hundreds of millions for the flu and more…

These research programs are often a smokescreen for violating civil liberties down the road. pic.twitter.com/vepC1jqqKD

The H2B program is highly prone to abuse and hurts American workers. pic.twitter.com/4PoHnndShn

Did you know that the House of Representatives has an Office of Diversity and Inclusion?

No one will read it before passing it. It’s impossible.

The omnibus was released around 2am today. The Senate is voting now to begin debate on the bill.

To have read the entire bill by now, you would’ve needed to read 4+ pages per minute, without a single break, for 16 hours straight.

No one in Washington DC cares for regular folks in America.  These people are totally out of touch.  This bill is a crime scene.  It’s put together by America-haters and criminals.

The post GOP Rep. Dan Bishop Releases the Most Audacious Items Included in the $1.7 Trillion Spending Bill – This Is the Raping of America appeared first on The Gateway Pundit. 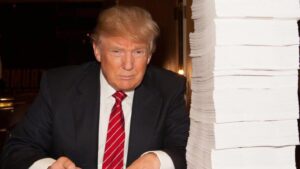 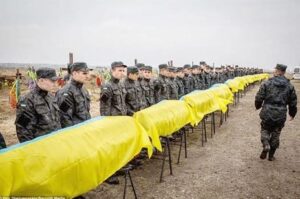 Next post A Closer Look At the Economist — Volodymyr Zelensky and His Generals Explain Why the War Hangs in the Balance
Enter Your Information Below To Receive Free Trading Ideas, Latest News And Articles.
Your information is secure and your privacy is protected. By opting in you agree to receive emails from us. Remember that you can opt-out any time, we hate spam too!