The radical left can now officially welcome liquor companies to the pro-trans indoctrination campaign. J&B Whisky has released a commercial ensuring you will be made to care about guys wearing makeup this holiday season.

In the company’s commercial “She,” a grandfather in Spain learns to apply makeup to himself so he can successfully give his grandson a makeover for the family Christmas dinner. The family exalts when they see the young man’s “transformation.” From Fox9 News:

“The three-minute spot follows an older man in rural Spain as he secretly teaches himself how to apply makeup, but viewers don’t know why until the end. The man sneaks into the bathroom multiple times to perfect the practice of putting on lipstick, blush, and mascara. He gets stares at his local drug store when buying eyeshadow.”

“When the man’s family arrives at his home for Christmas dinner he takes his transgender granddaughter into the bathroom and puts his makeup skills to good use. The granddaughter emerges with a full face of makeup, and her family hugs her in a tear-jerking moment of love and acceptance.”

At first glance, an advertisement pushing the radical left’s transgender propaganda fails to comport with the company’s target demographics. But the geniuses at Diageo, the maker of J&B Whisky, only care about the narrative.

“At J&B we want everyone to feel free to celebrate at Christmas, to give visibility to a reality that thousands of people in the LGBTQ+ community face in seeking a safe space to be their true selves during the holiday season,” said Úrsula Mejía-Melgar, Diageo’s marketing director for Southern Europe.

This is not the first time J&B Whisky has pushed a radical agenda in its advertising, either. The company also aired a Pride campaign over the summer featuring LGBTQ individuals leaving their hometowns for more “accepting” ones.

This all raises a question on the end game for not just Diageo but the entire transgender movement. Lincoln Brown, a writer for PJ Media, has a good guess:

“If someone, anyone, does not express full-throated support for the trans movement, including those activities that involve children, then that person is a heartless, cruel, bigoted transphobe who must be excised from society like a boil brought on by an ingrown hetero hair. Banishment from social media, polite society, and possibly one’s own town may be appropriate.”

“Never mind the fact that one may want to live as one wants and leave others to do the same. One must not only accept the trans doctrine, but one must also embrace it.

“To be truly accepted, one must, if possible, become trans. And one must immerse oneself in it every day or be ostracized.”

In other words, the radical trans community wants their dysphoria normalized and to add more members to their ranks. Soft approaches like J&B Whisky and harsher ones like childhood indoctrination work in synergy.

One way to resist the radical transgender mafia this Christmas is by boycotting companies supporting them. This includes J&B Whisky.

The post Woke Whisky Company Airs Pro-Trans Ad of Grandpa Applying Makeup to Himself and Grandson (VIDEO) appeared first on The Gateway Pundit. 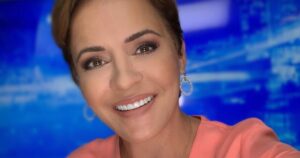 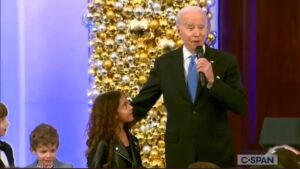 Next post Joe Biden Can’t Keep His Paws Off Little Girl at White House Hanukkah Ceremony (VIDEO)
Enter Your Information Below To Receive Free Trading Ideas, Latest News And Articles.
Your information is secure and your privacy is protected. By opting in you agree to receive emails from us. Remember that you can opt-out any time, we hate spam too!