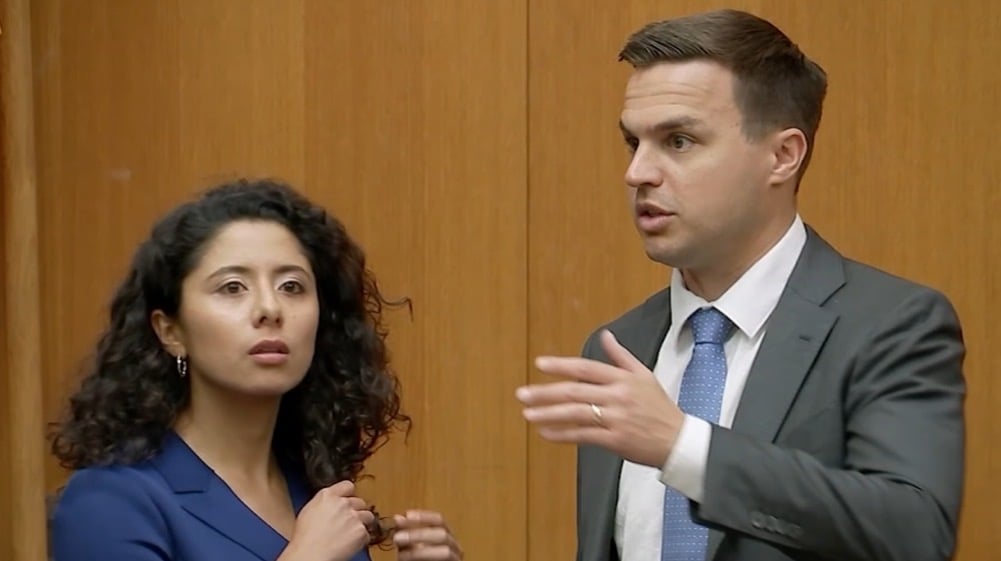 Judge Lina Hidalgo with her Chief of Staff Alex Triantaphyllis

Texas – Far-left Harris County Judge Lina Hidalgo’s top three staffers were indicted in April after prosecutors expanded the investigation into an $11 million ‘vaccine outreach contract’ awarded to one of the judge’s political cronies.

While Hidalgo was threatening to jail and fine people for violating her Covid rules, she was secretly trying to award one of her political cronies an $11 million ‘vaccine outreach’ contract.

Hidalgo ultimately panicked and canceled the $11 million vaccine contract after questions were raised that it was with a one-person firm with no experience.

Hidalgo’s Chief of Staff Alex Triantaphyllis and Policy Director Wallis Nader along with co-defendant Aaron Dunn were charged with misuse of official information and tampering with government documents in connection with the canceled vaccine outreach contract.

Lina Hidalgo’s indicted Chief of Staff, Alex Triantaphyllis, violated one of four bond conditions just one day after a court hearing on April 12.

Alex Triantaphyllis steered a $48 million contract to a small, Houston-based firm in violation of his bond, ABC 13 reported earlier this year.

Triantaphyllis’ criminal case is due back in court in May 2023.

Alex Triantaphyllis decided to step away from his role as Lina Hidalgo’s Chief of Staff after failing to have District Attorney Kim Ogg removed from the case.

After 4 years of tireless dedication, Alex Triantaphyllis, my Chief of Staff, is moving on from his role. I’m so proud & grateful for him. As we enter the next chapter of my Administration, I’m excited to launch a nationwide search for a new CoS. Apply: https://t.co/NwT3h3e4Ng

Hidalgo, who’s stood by Alex Triantaphyllis’s side throughout the allegations, announced Friday that he will step down from the position to begin a new one within the county.

Triantaphyllis was charged in connection to that $11 million COVID-19 contract controversy in March.

According to prosecutors, he was one of the three staffers who helped get Elevate Strategies the contract that was then called into question. The staffers were charged with misuse of official information, a third-degree felony, and tampering with a government record.

Hidalgo claimed the investigation has been politically motivated.

Triantaphyllis joined Hidalgo’s team in 2019 and took on the role of COS in 2021.

Although Triantaphyllis will remain in his current seat until early 2023, the county said they’ve began a search for a replacement. At this time, it’s unclear what Triantaphyllis’s new position will be.

The post Indicted Lina Hidalgo Chief of Staff Steps Away From His Role as Criminal Case Related to $11 Million No-Bid ‘Vaccine Outreach’ Contract Looms appeared first on The Gateway Pundit. 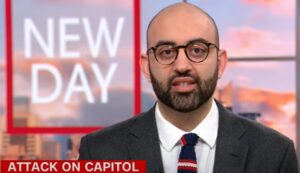 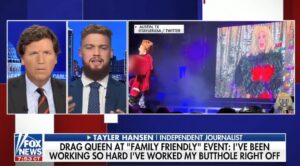 Next post Tayler Hansen on Tucker Carlson: No Dads Were at the Christmas Drag Show – “Mostly Single Mothers Who Happen to Be Obese” (VIDEO)
Enter Your Information Below To Receive Free Trading Ideas, Latest News And Articles.
Your information is secure and your privacy is protected. By opting in you agree to receive emails from us. Remember that you can opt-out any time, we hate spam too!