A federal judge has halted the implementation of California’s gun control scheme, which allows individuals the right to sue businesses and anyone involved in the production, sale, transportation, or distribution of banned “assault weapons” and “ghost guns,” Fox News reported.

Earlier this year, California Governor Gavin Newsom signed a bill, modeled on a Texas abortion measure, that will allow individuals, local governments, and the state’s attorney general to sue gun manufacturers over crimes that are committed with their weapons.

The Firearm Industry Responsibility Act will also ban the manufacture or sale of guns that are “abnormally dangerous and likely to create an unreasonable risk of harm to public health and safety in California.”

On Monday, U.S. District Judge Roger Benitez of the Southern District of California granted a permanent injunction against a law that enables private citizens to sue manufacturers of guns, ruling it unconstitutional.

“‘It is cynical. ‘It is an abomination.’ ‘It is outrageous and objectionable.’ ‘There is no dispute that it raises serious constitutional questions.’ ‘It is an unprecedented attempt to thwart judicial review,’” Benitez wrote in his opinion.

The Texas measure makes abortions illegal after a fetal heartbeat can be detected and permits private citizens to sue abortion providers or anyone else who assists in a woman’s procurement of abortion for $10,000. This fee-shifting mechanism was designed to protect the 2021 law from judicial review to circumvent the Supreme Court’s old abortion precedent in Roe v. Wade. The high court has since overturned that precedent, permitting states to restrict, or liberalize, abortion.

Newsom called on the California legislature to enact a similar law for guns days after the Supreme Court ruled than the Texas heartbeat law could remain in effect following a legal challenge.

California’s gun law also creates a private right-of-action for citizens to sue gun manufactures who make “assault weapons and ghost guns” for $10,000. Newsom described the law as virtually identical to the Texas provisions, but Benitez wrote that “California’s law goes even further.” He observed that the gun control statute denies a prevailing plaintiff attorneys fees. Further, Benitez emphasized that only the California measure “applies to laws affecting a clearly enumerated constitutional right set forth in our nation’s founding documents.”

“Whether these distinctions are enough to save the Texas law fee-shifting provision from judicial scrutiny remains to be seen,” Benitez wrote. “And although it would be tempting to comment on it, the Texas law is not before this Court for determination.”

“I want to thank Judge Benitez. We have been saying all along that Texas’ anti-abortion law is outrageous. Judge Benitez just confirmed it is also unconstitutional,” Newsom said in a statement Monday. “The provision in California’s law that he struck down is a replica of what Texas did, and his explanation of why this part of SB 1327 unfairly blocks access to the courts applies equally to Texas’ SB 8.”

— Office of the Governor of California (@CAgovernor) December 20, 2022 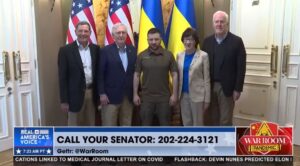 Previous post McConnell and Senate Republicans Agree to $1.7 Trillion Spending Bill with $45 Billion to Ukraine and Clause to Make It Impossible to Challenge Stolen Elections 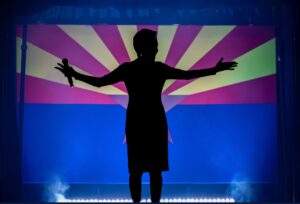 Next post WATCH LIVE: Kari Lake To Make Major Announcement On Historic Election Lawsuit LIVE From TPUSA’s AmericaFest At 10 AM Mountain Time
Enter Your Information Below To Receive Free Trading Ideas, Latest News And Articles.
Your information is secure and your privacy is protected. By opting in you agree to receive emails from us. Remember that you can opt-out any time, we hate spam too!