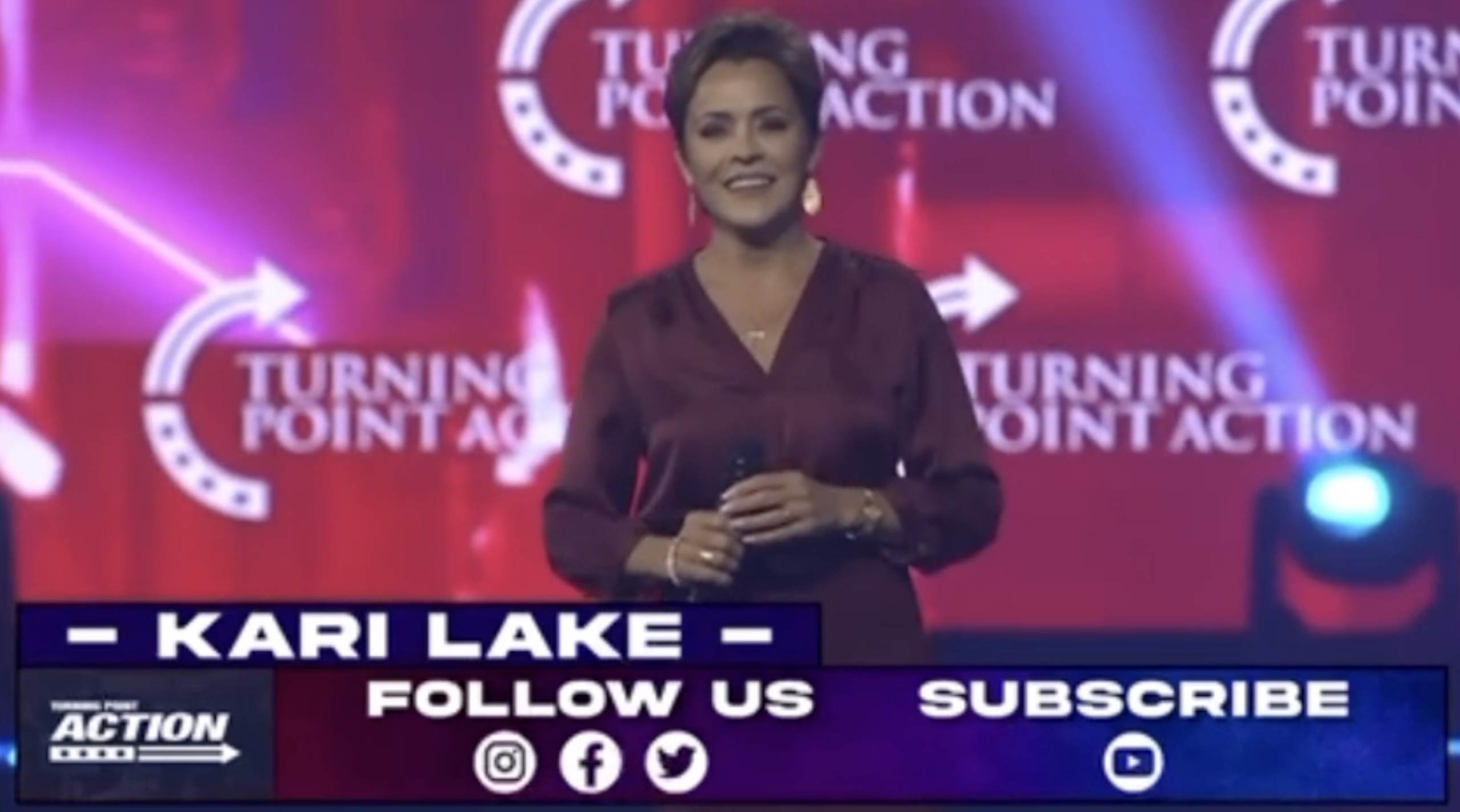 Kari Lake gave her first major address since the Stolen Midterm Election on Sunday night at Turning Point USA’s AmericaFest and trolled the mainstream media who smeared her on the campaign trail.|

The Gateway Pundit reported on the live speech at the Phoenix Convention Center, which was packed with attendees.

Kari Lake was smeared as an “election denier” every day by the mainstream media while campaigning for Governor.

A corrupt Obama-appointed judge even sanctioned Lake and her attorneys at the request of Maricopa County for daring to bring a lawsuit against the unreliable and corrupt voting machines that are used in Arizona.

Lake was vindicated and proven correct to question Maricopa County’s elections when more than 59% of the 223 Maricopa County vote centers on Election Day left Republican voters, who turned out 3:1 for Kari, unable to vote.

A Runbeck whistleblower revealed in Lake’s filing that HUNDREDS OF THOUSANDS of ballots had no chain of custody documentation. This is a shocking and massive violation of the law. Twenty-five thousand ballots were added to Maricopa County’s totals after election day with no explanation of why the number of remaining ballots could increase. Also, tens if not HUNDREDS of thousands of mail-in ballots with mismatched signatures were illegally counted in violation of Arizona law.

We reported on a new discovery yesterday showing RINO Arizona House Speaker-elect Ben Toma’s clear conflict of interest and connection to Runbeck Election Services, the third-party company involved in the debacle outlined above.

Lake took the stage at the Phoenix Convention Center to tens of thousands chanting her name.

Lake then took aim at the Fake News Media and dropped a BOMB. The crowd began screaming with joy and again chanting Kari Lake’s name.

Lake: When we stood up and said wait a minute, we question the sanity behind what happened, they called us the crazy ones. They called us all kinds of names. How many of you have been called the election deniers? Really, who cares what they call us? Election deniers, deplorables… How about this? The media is gonna have a heyday with this one. I know that right now we can identify as anything we want to identify as, but I want you to know that I identify as a proud election-denying deplorable!

And my pronouns are I won. Listen, after 530 days on the road campaigning in Arizona with the biggest movement Arizona has ever seen politically, I was ready for a couple of days off. But you know what God said there’s no rest for the weary, get back in the fight. And so here we are. Listen, we don’t have a choice but to fix our elections and fix them now. It’s so important. Election integrity is the single most important issue of our time. You agree with me on that? Because these fools back there, these fools back there, Just want us to put our head under the pillow and go back to sleep. And we’re not doing that.

The post WATCH: “I Identify as a PROUD Election-Denying Deplorable and My Pronouns are I WON” – Kari Lake Trolls Fake News Media in Her First Major Address Since the Stolen Election appeared first on The Gateway Pundit. 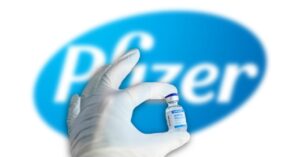 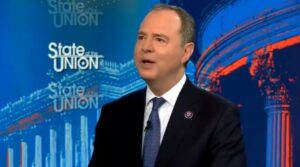 Next post Schiff Threatens Social Media Companies: “If You’ll Be Responsible Moderators of Content, We Will Give You Immunity” (VIDEO)
Enter Your Information Below To Receive Free Trading Ideas, Latest News And Articles.
Your information is secure and your privacy is protected. By opting in you agree to receive emails from us. Remember that you can opt-out any time, we hate spam too!