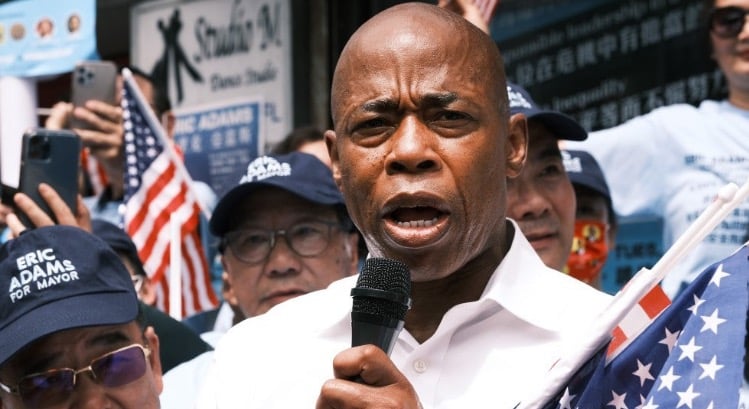 While Joe Biden allows illegals to continue to pour unabated over our borders,  Americans are suffering.

The Coalition for the Homeless has released a new report showing that homelessness under failed New York Mayor Eric Adams has hit an all-time high in the city.

New York City’s homeless problem does not appear to be getting any better.

According to the Coalition for the Homeless, the numbers have actually hit an all-time high. They claim the average number of people sleeping in a shelter every night climbed to nearly 66,000 in October.

The coalition says the main reason is the city has failed to provide adequate affordable housing.

Back in February, Mayor Eric Adams launched his subway safety plan and has repeatedly touted its success.

But data obtained by the New York Daily News through a Freedom of Information Law request shows that around 70% of homeless individuals who have been moved into shelters have left within a week of being admitted.

The data covers two separate homeless outreach efforts, which City Hall calls the Subway Safety Plan and the End of the Line initiative. It shows that from February to August, nearly 2,300 homeless individuals were moved off the subways and into shelters. But out of those people, only 30% actually stayed longer than a week.

Many homeless individuals have said they do not feel safe in shelters, and many facilities also have strict rules, like curfews.

The recent attacks on homeless New Yorkers underscore a disturbing trend: In FY2021, a record number of New Yorkers died while homeless, amidst the City’s and State’s continued failure to address the underlying causes of the homelessness crisis. The report finds that affordable housing production has lagged population growth, leaving about a half million households with incomes below $30,000 at risk of homelessness – paying more than half of their incomes on rent. Meanwhile, an unprecedented eviction crisis looms for hundreds of thousands of New Yorkers following the expiration of the State’s eviction moratorium, in the absence of additional emergency rental assistance or expansion of needed rent subsidies.

The Coalition strongly urges Mayor Adams and Governor Hochul to cease treating unsheltered homeless individuals as a public nuisance requiring an aggressive law enforcement response – an approach not only inhumane, but ineffective – and instead embrace the solutions proven to work, including permanent supportive housing, more mental health resources, and safer, low-barrier shelters. The report notes that Mayor Adams inherited a dysfunctional and often dangerous shelter system that temporarily houses a near-record number of single adults in congregate dorms, placing residents at high risk of contracting airborne infectious diseases like COVID-19 and depriving them of the safety and dignity of more private, accessible accommodations.

The State of the Homeless includes a report card that grades the City and State on their efforts.  The results are dismal. Image from the Coalition for the Homeless

The post While Biden Lets Thousands of Illegals to Cross the Border, Americans Face Rising Homelessness appeared first on The Gateway Pundit. 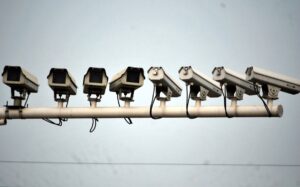 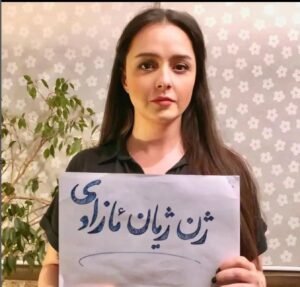 Next post Iranian Regime Arrests Actress From Oscar Winning Movie “The Salesman” For Allegedly Spreading “Falsehoods” Associated with Protests
Enter Your Information Below To Receive Free Trading Ideas, Latest News And Articles.
Your information is secure and your privacy is protected. By opting in you agree to receive emails from us. Remember that you can opt-out any time, we hate spam too!