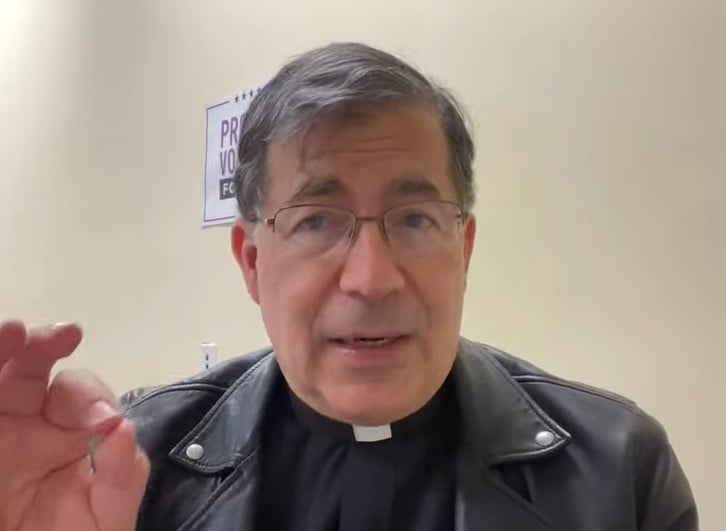 Fr. Frank Pavone is the national director of the Priests for Life the largest pro-Life ministry in the Catholic Church.

FR. FRANK PAVONE is one of the most prominent pro-life leaders in the world. Originally from New York, he was ordained in 1988 by Cardinal John O’Connor, and has dedicated his entire life and ministry to ending abortion. In 1993 he requested and received permission to serves as the National Director of Priests for Life, the largest pro-life ministry in the Catholic Church. He is also the President of the National Pro-life Religious Council, and the National Pastoral Director of the Silent No More Awareness Campaign and of Rachel’s Vineyard, the world’s largest ministry of healing after abortion. He travels throughout the country, to an average of four states every week, preaching and teaching against abortion. He broadcasts daily to hundreds of thousands of people on television, radio and online programs. Mother Teresa asked him to speak in India on the life issues. The Vatican appointed him to the Pontifical Academy for Life and to the Pontifical Council for the Family to help coordinate the pro-life activities of the Catholic Church. He was present at the bedside of Terri Schiavo as she was dying and was an outspoken advocate for her life. Members of Congress have invited him address the pro-life caucus, and to preach at the prayer service they had in the Capitol just prior to the vote on health care reform. (from the Priests for Life website)

On Saturday news broke that the Vatican dismissed Fr. Frank Pavone from the clerical state for “blasphemous communications on social media.”

Father Frank Pavone, a well-known pro-life activist and national director of the organization Priests for Life, has been dismissed from the clerical state for “blasphemous communications on social media” and “persistent disobedience of the lawful instructions of his diocesan bishop,” CNA has learned.

In a Dec. 13 letter to U.S. bishops obtained by CNA and confirmed by multiple sources as authentic, Archbishop Christophe Pierre, the Apostolic Nuncio to the United States, wrote that the Prefect of the Dicastery for the Clergy issued the decision on Nov. 9, adding that there was “no possibility of appeal.”

“Father Pavone was given ample opportunity to defend himself in the canonical proceedings, and he was also given multiple opportunities to submit himself to the authority of his diocesan bishop,” explains a separate statement attached to Pierre’s letter. “It was determined that Father Pavone had no reasonable justification for his actions.”

Pavone, however, told CNA Saturday that he had not been notified about the Vatican’s judgment.

The communication from Pierre does not specify the actions that led to Pavone’s dismissal or name the bishop he disobeyed.

The statement refers to Pavone as “Mr. Pavone” and calls him “a lay person,” underscoring the dramatic and immediate nature of the Vatican’s action. 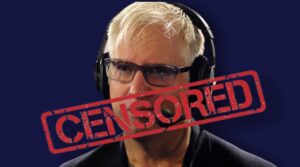 Previous post As Expected, The Gateway Pundit was the Top Target of the Big Tech-Govt. Alliance – Their Public Report Even Devoted an Entire Section to Gateway Pundit 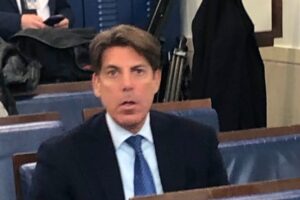 Next post Journalist Harassment at the White House Press Room Continues – One Perpetrator Is Particularly Abusive
Enter Your Information Below To Receive Free Trading Ideas, Latest News And Articles.
Your information is secure and your privacy is protected. By opting in you agree to receive emails from us. Remember that you can opt-out any time, we hate spam too!