Georgia’s Secretary of State Brad Raffensperger has been the overseer of some very corrupt elections since 2020.

We’ve reported on Georgia’s Raffensperger extensively.  We first learned of Raffensperger after the 2020 Election.  He certified the election for Joe Biden three days after Election Day.  This is after finding out that Raffensperger signed two agreements with Hillary attorney Marc Elias that changed the laws in the state related to absentee ballots.

Raffensperger oversaw the corrupt acts in the state reported to him the night of the election via Carter Jones.  This information was kept from President Trump and the rest of the country for half a year.

Raffensperger had three independent assessments of the election activities in the state presented to him after the election and he ignored all three.

The Carter Jones memos were ignored and the election certified despite rampant corruption and mismanagement.

Georgia State Senator and former Judge William Ligon and President Trump’s auditor in Georgia have never heard from Raffensperger despite rampant corruption and anomalies identified in the 2020 Election.

Raffensperger told the President of the United State that he would address the issued identified by his auditor but he never has.  It was a lie.

Last week we reported that Raffensperger was now wanting to initiate ranked choice voting in the state.  This process wherever its institution places unelectable Democrats and RINOs in the win column.  We just saw this in Alaska.

L. Todd Wood at CDMedia believes he knows why Raffensperger is pushing for this.

A little bird told us Raffensperger is pushing for RCV because the courts are about to hold that GA voting machines are unconstitutional as they don’t provide a verifiable ballot, something that was decided in the ‘Curling vs Raffensperger’ case but relief was never provided to GA citizens.

If the GA legislators vote to allow this, they need to be recalled.

The Georgia Record will be contacting every GA legislator to get comment on the issue and posting their comments publicly over the next few weeks.

Yes, Raffensperger is a corrupt plant to harm the great state of Georgia.

He is not a Republican, he is a collaborator. 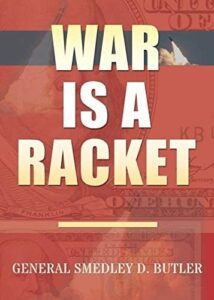 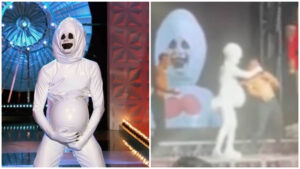 Next post SICK: Drag Queen Pulls Bologna Out of His Crotch, Eats it, and Feeds it to Backup Dancers – One Parent Suggests It’s Like Watching Disney (VIDEO)
Enter Your Information Below To Receive Free Trading Ideas, Latest News And Articles.
Your information is secure and your privacy is protected. By opting in you agree to receive emails from us. Remember that you can opt-out any time, we hate spam too!