The Gateway Pundit reported on the push for passage of an omnibus bill last week to avoid a government shutdown.

Wednesday, on the Senate floor, Mitch McConnell advocated for “a truly bipartisan full-year bill” instead of a reasonable short-term funding bill saying:

“If a truly bipartisan full-year bill without poison pills is ready for final Senate passage by late next week, then I’ll support it—for our armed forces particularly,” McConnell said “Otherwise, we’ll be passing a short-term continuing resolution into the new year.”

On Friday, the House passed a stopgap bill to prevent a government shutdown.

Included in the current bill are 7,510 congressional earmarks totaling $16 billion. Both Democrats and Republicans voted on bring back earmarks, practice that had been banned for almost a decade. Earmarks are member pet projects given out legally bribe congressmen for votes on larger spending bills.

The data team at OpenTheBooks has mapped each of the current 7,510 congressional earmarks, providing data by state and by member of Congress.

According to Adam Andrzejewski, founder and CEO of Open the Books,  “Bringing back earmarks is the equivalent of bringing back the swine flu.”

The map provides a way to review every earmark in the year-end omnibus spending bill coming for a vote in Congress this week.

The map can be accessed at Open the Books.

The post Open the Books Maps $16 Billion in Congressional Earmarks by State and Member of Congress appeared first on The Gateway Pundit. 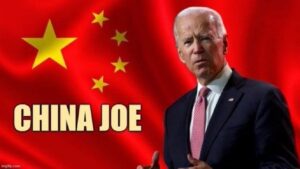 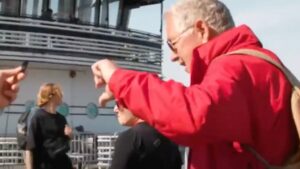 Next post Benny Johnson Travels to Nancy Pelosi’s District to Find Out What People Think- ‘Public Leeches’ ‘A Drain on Society’
Enter Your Information Below To Receive Free Trading Ideas, Latest News And Articles.
Your information is secure and your privacy is protected. By opting in you agree to receive emails from us. Remember that you can opt-out any time, we hate spam too!