By Fernando de Castro in Brazil

Mr. Gonçalves was appointed to the Court by Lula in 2008 and he responded to a request from the Workers’ Party, a far-left aggregation that will return to power in 2023.

Bolsonaro is accused of committing electoral crimes, but the evidence presented against him, and his allies is dubious and false.

The Workers’ Party is accused of plotting to arrest Bolsonaro after he leaves the presidency in January.

The president and his vice president in the race for re-election, General Braga Netto, have been accused of abuse of political and economic power for granting social benefits to poor families during the campaign.

Leftists also accuse Bolsonaro of committing fake news and attacks against the electoral system for questioning the transparency of elections held in electronic ballot boxes with a system like the one used by Dominion Voting Systems.

Allies of the conservative president say that the intention of the leftists is to arrest Jair Bolsonaro when he leaves the presidency.

Demonstrators are still trying to invalidate the election results and are holding demonstrations in front of military barracks daily.

But there is still no concrete information about any military reaction against the election result that put far-left socialist Lula da Silva as the new president of Brazil for the third time. 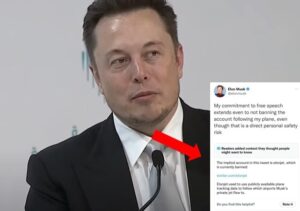 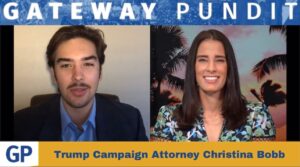 Next post “THE NATION IS WATCHING” – Trump Attorney Christina Bobb Discusses Kari Lake’s Historic Election Lawsuit And Upcoming Hearings (VIDEO)
Enter Your Information Below To Receive Free Trading Ideas, Latest News And Articles.
Your information is secure and your privacy is protected. By opting in you agree to receive emails from us. Remember that you can opt-out any time, we hate spam too!