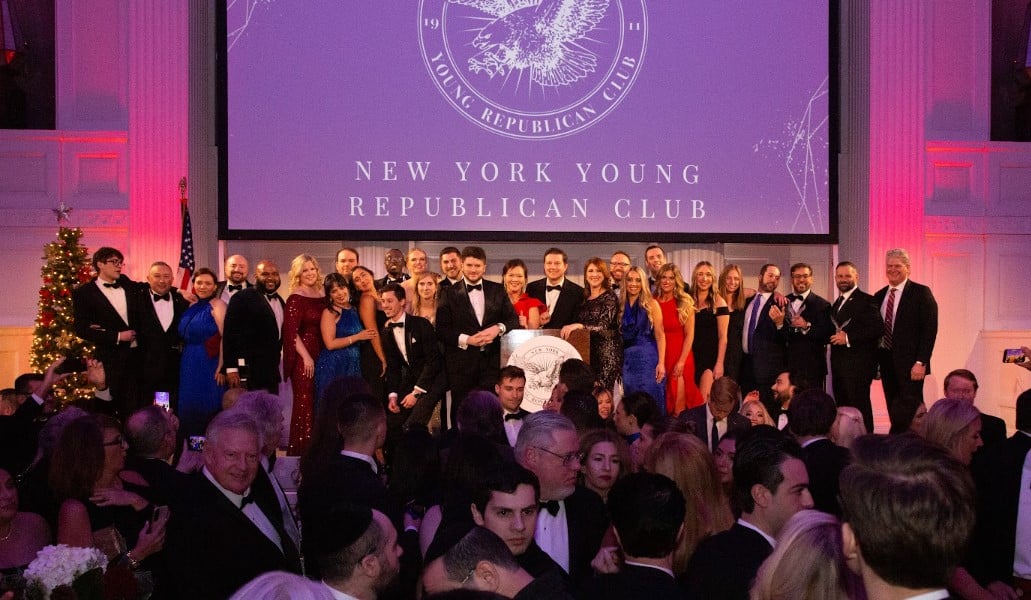 The New York Young Republican Club hosted its 110th Annual Gala this past Saturday in New York City.  And, once again, the Left is attempting to mischaracterize conservatives as racist-bigot-homophobes. (What’s new?!) The NYYRC made it a point to accept everyone at their event regardless of their viewpoint. Proving this point, they even allowed in members of the Left, hoping to expose them to new ideas, policies, and positive conversations.
Unfortunately, one of the Southern Poverty Law Center (SPLC) people they graciously allowed inside the venure decided to take their offer of goodwill to peddle fake news.
The SPLC’s Michael Edison Hayden characterized an open event attended by everyone from Donald Trump Jr. to Rep. Marjorie Taylor Green to Roger Stone as a “white nationalist” event where attendees were “bracing for total war”.

Vish Burra, he threw us out and got physical with me. (Long after we got what we needed.)

President Gavin Wax in the middle, Burra on the end, faces in between. pic.twitter.com/9I9gfCA7RI

Among their blatant libel, the SPLC claimed that Lucian Wintrich, TGP’s former White House Correspondent and DC Bureau Chief, was “let go” for “white nationalist ties.”  This is not only provably false but disgusting fake news.  Lucian left his role at TGP in May of 2017 to return to New York City; he obviously would not be able to continue working with our DC staff and reporting from the White House from New York.
Similarly, claiming that Lucian, the grandson of Holocaust survivors, has “white nationalist ties” might be the most disgusting and knowingly deceitful thing Michael Edison Hayden has claimed this month.
I’ve known Lucian for 8 years at this point, and, to this day, we remain close friends.  While at TGP, he was a pleasure to work with and was incredible in his role in DC. Not only did he break multiple major stories for TGP, but he was also an integral editor and sounding board for our staff.
Ultimately, the SPLC and Michael Edison Hayden’s claims are so baseless that I could not believe they were able to print them with any conscience. This is a new low for the SPLC hate group.
We already know what to expect from them at this point; I sincerely hope that both Lucian and the NYYRC sue for libel. Dinner at the gala. 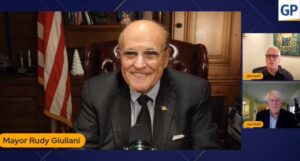 Previous post “If You Got Me Into That, You’d Probably Have a Nice Video of Me Crying” – Exclusive: Rudy Giuliani on Ukraine, the Bidens, and the Politicized DOJ with TGP’s Jim and Joe Hoft (Video) 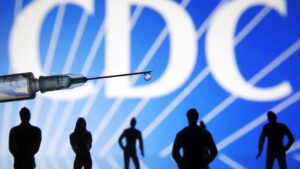 Next post AFL Lawsuit Exposes Twitter’s “Partner Support Portal” Used by Elites to Eliminate Any Info Challenging Fauci-Approved COVID Narrative – Just as Dr. Shiva Reported Back in 2021
Enter Your Information Below To Receive Free Trading Ideas, Latest News And Articles.
Your information is secure and your privacy is protected. By opting in you agree to receive emails from us. Remember that you can opt-out any time, we hate spam too!