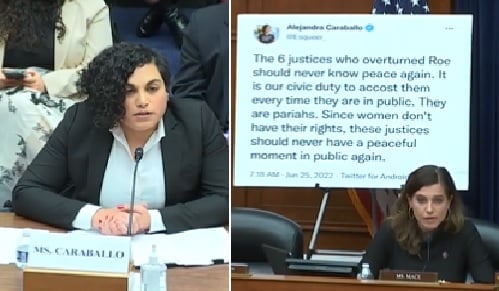 Democrats assembled a group of radical leftists to come in and discuss extremism and white supremacy in front of the House Oversight Committee.

During questioning Rep. Nancy Mace (R-VA) asked the far left panel if they believed extremist rhetoric leads to violence.  When all of the leftists agreed that words online lead to violence Rep. Mace then confronted trans activist Alejandra Caraballo with several of her tweets calling for violence against Supreme Court Justices.

Caraballo was gobsmacked into silence.  Obviously, she is not used to being confronted for her calls for violence against public officials.

For the record — Isn’t it interesting Alejandro’s tweets were not censored or silenced?

Rep. Byron Donalds (R-FL) then confronted Caraballo on her attacks against American parents who don’t want their children to be victims of grooming in the classroom.

This radical trans extremist was just destroyed in front of the entire country.

SAVAGE: Congresswoman asks @Esqueer_ if they think rhetoric targeting officials with violence is a threat to democracy. AC says yes.

The congresswoman then proceeds to show a tweet of theirs doing just that, and asks if THAT is a threat to democracy. AC is left SPEECHLESS! 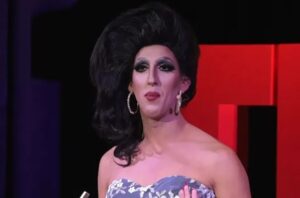 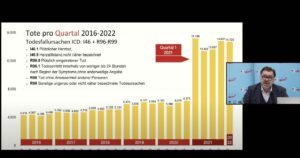 Next post German Data Analyst Reveals Data from Health Insurance Shows Increase in Sudden Deaths Following COVID Vaccine Rollouts
Enter Your Information Below To Receive Free Trading Ideas, Latest News And Articles.
Your information is secure and your privacy is protected. By opting in you agree to receive emails from us. Remember that you can opt-out any time, we hate spam too!