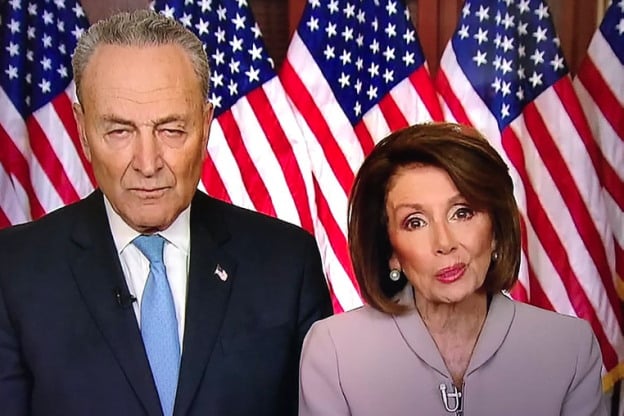 Cooking the Books: Why Republicans Always Come up Short

Reprinted with permission from Jay Valentine and the American Thinker

Elections, like corporations, have books everyone can see to make an election or investment decision.

Corporations have a cash flow report, balance sheet, income statement, and the supporting material needed to properly inform an investor.  If these don’t match, hundreds of Wall Street types immediately pick up on it.  It is possible to make a bad investment decision, but if a company publishes deliberately false financials, the CEO and CFO visit the clink.

Remember Sarbanes-Oxley?  You can bet every public company CEO does.

A voter, candidate, election official or a curious person with too much time on their hands can review these.  They are usually available to candidates and political parties; sometimes costing thousands of dollars — sometimes free.  Depends on the state.

Republicans don’t understand there are two sets of books.  One set we just noted – election rolls — everyone sees.

The hidden set of books contains the ballot and phantom and address inventory.

NGOs, leftist entities like homeless shelters, churches, and other groups sponsor registration drives whose registrants are frequently people of no known address who will depart the area shortly after their registration is complete.

Remember ACORN? That made national headlines.  A few people got dinged but the rest changed organizations and went back to work.

We ran the voter registration rolls against church addresses in a dozen states and found thousands of people registered at a church in which it was clear there was no place to sleep.

The leftist objective is not to build an army of homeless and get them into civics, it is rather to create an inventory of identities who never vote.

It’s important that they never vote — or if they do, their manager fills in the ballot.  If one of our vagrants shows up at a polling place to cast a vote and is told “…sorry pal, you already voted!” it invites scrutiny.  Bad for the system!

Leftists and Republicans both see the same names on the voter list, but Leftists know which ones are phantoms — long gone from that address yet accumulating a ballot every election.

If the election is close, the leftists can do the right thing and vote them.  It’s a good citizen thing.

Clueless Republicans will not admit this happens even when we shove their noses in it. We met with secretaries of State in several Republican states, they denied it was happening — even though it was their voter roll.  We explain this at www.Omega4America.com.

We found 41 registered voters in an upscale hotel and the secretary of state 20 minutes later challenged us to find any phantoms in his state!  As we wrapped up the meeting, we asked ourselves if we were at the same meeting as this guy.

Part of the scam is Republican denial.  It is a critical ingredient, and the leftists work diligently to make it happen.

Two nights ago, while doing an expert report for another Republican electoral disaster, I received an email copying someone from the secretary of state office for a large Midwestern Republican state.  It borders Indiana.

The SoS (Secretary of State designation) guy said he read some of our pieces and was happy none of this was happening in his state.

It was early, the expert witness report could wait.

I logged onto his state’s voter roll and ran it against known sketchy addresses.  There were people voting from jail.  There were voters in hotels, RV Parks — all addresses from which a person in his state should not be able to vote.

It took me less than four minutes to get back to him (and his pals, there were a bunch of people on the email) and tell him he was delusional — his state’s rolls were just as crappy as everyone else’s.

Republican officeholders have been whipped into submission by the lefty press.

If Republican secretaries of state did a deep clean of their voter roll — including door-to-door canvassing to see just how many of those 16 voters live in that 875 square house, they would look ridiculous for letting it go on for so long.

Leftist groups would hammer them for “voter suppression” because suppressing the votes of the dead, the missing, those who live on vacant lots would get negative press.

So they deny it!

The preposterous RNC/Federalist/Hannity “advice” that in order to win, Republicans need to up their ground game for early voting gets traction.

The books are cooked!

No matter how many votes Republicans bring to the party in early voting, the leftists, NGOs, churches, and homeless shelters will produce more — always enough to win.

Leftists never win by a lot.  They never win on election day — it is always a few days afterward.  Ever wonder why?

The leftists know they cannot win straight up.

They keep it close and find a broken water main or turn the lights out to stop counting.  Then they open that second set of books and BAM! here are the votes needed to win — by 1% or less.  Don’t be greedy!

So what are we going to do?

Here’s an idea: real time changes all the rules.

There are great databases out there — for free.  When cross searched at silicon speed, they give a multidimensional view of every address and most people on the voter rolls.

Addresses are accurate — it’s how the county gets its dough.  No vacant lots with people living there.

Square footage information for single family homes measures voters per 100 square feet; if there are 12 people in that 875 square foot house, the voter team visits and asks for their vote.  If there are 15, a certificate of occupancy challenge!  Oops.

The system compares the tax rolls to the registration rolls weekly — think 12 million records compared with another 12 million — just for Texas — each week!

This is economically impossible with current technology — Fractals do it at silicon speed on computers the size of a shoebox.

There may still be two sets of books, but now the good guys can read them both.

Jay Valentine can be reached at jay@ContingencySales.com.  His website is www.Omega4America.com.

The post Cooking the Books: Why Republicans Always Come up Short appeared first on The Gateway Pundit. 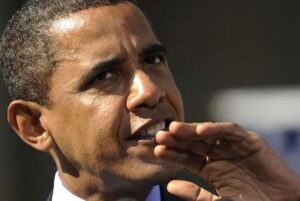 Previous post REMINDER: Barack Obama with the Help of Some RINOs Passed a Law to Make It Legal for Government to Propagandize the American People 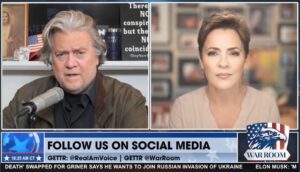 Next post “We Need to Nail Down Every Elected Republican and Ask Them Where They Stand on the 2022 Election!” – Kari Lake Calls Out Republicans and Throws Down the Gauntlet (VIDEO)
Enter Your Information Below To Receive Free Trading Ideas, Latest News And Articles.
Your information is secure and your privacy is protected. By opting in you agree to receive emails from us. Remember that you can opt-out any time, we hate spam too!