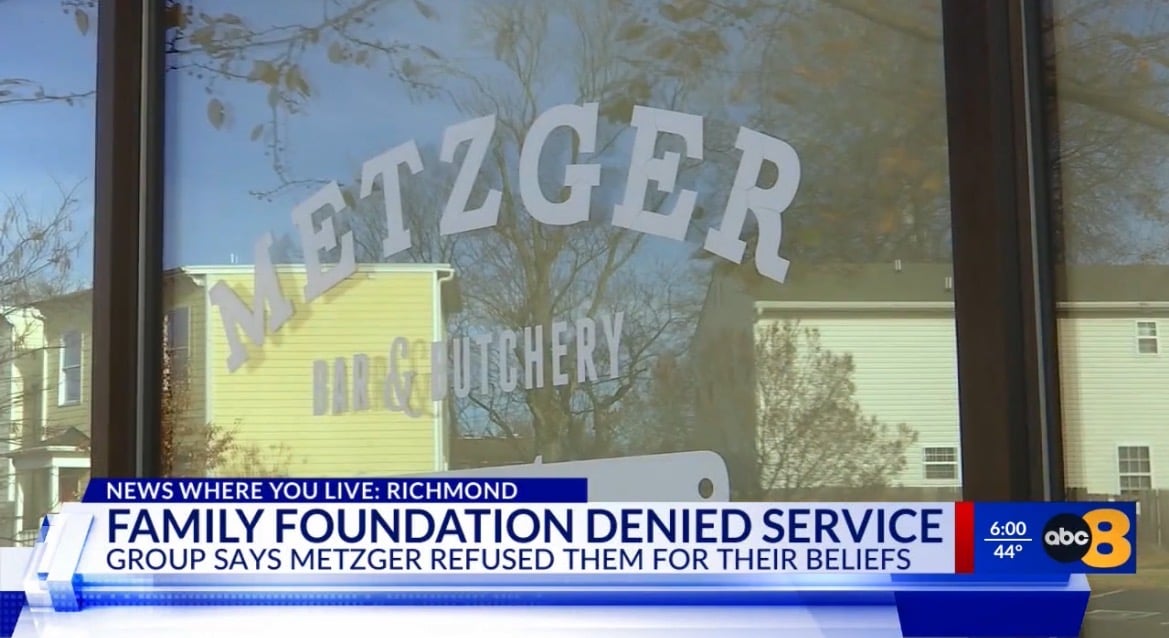 Richmond, Virginia – A conservative Christian advocacy group was refused service and turned away from Metzger Bar and Butchery last Wednesday.

Members of the Family Foundation were turned away from Metzger Bar and Butchery for their beliefs.

“We have always refused service to anyone for making our staff feel uncomfortable and unsafe and this was the driving force behind our decision,” Metzger Bar and Butchery said in a Facebook post. The restaurant said that the Christian group made LGBTQ and female staffers feel threatened because of their beliefs.

The restaurant staffers believe the Family Foundation “seeks to deprive women and LGBTQ+ persons of their basic rights in Virginia.”

A Virginia-based conservative Christian advocacy group was turned away from a local restaurant just an hour before their reservation last week.

A representative of the Family Foundation said he was frustrated after the group was turned away from Metzger Bar and Butchery last Wednesday. The group claims the refusal had to do with their religious beliefs.

“We’ve had events at restaurants all over the city and never encountered a situation like this,” Gathje said. “It’s no secret that we are very much engaged in the public policy debate on a number of controversial issues. But we never expected that we would be denied service at a restaurant based on our religious values or political beliefs.”

For businesses like restaurants, federal and state laws do not allow discrimination based on protected classes such as race, religion, sex and more, as defined by the Civil Rights Act of 1964.

The post Virginia Restaurant Refuses Service to Conservative Christian Group Over Their Beliefs appeared first on The Gateway Pundit. 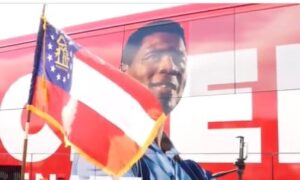 Next post “Those Who Ride The Tiger To Seek Power Often End Up Inside” – Did Nunchucks Arizona Attorney General Mark Brnovich Warn Katie Hobbs During Rigged Election Certification?
Enter Your Information Below To Receive Free Trading Ideas, Latest News And Articles.
Your information is secure and your privacy is protected. By opting in you agree to receive emails from us. Remember that you can opt-out any time, we hate spam too!