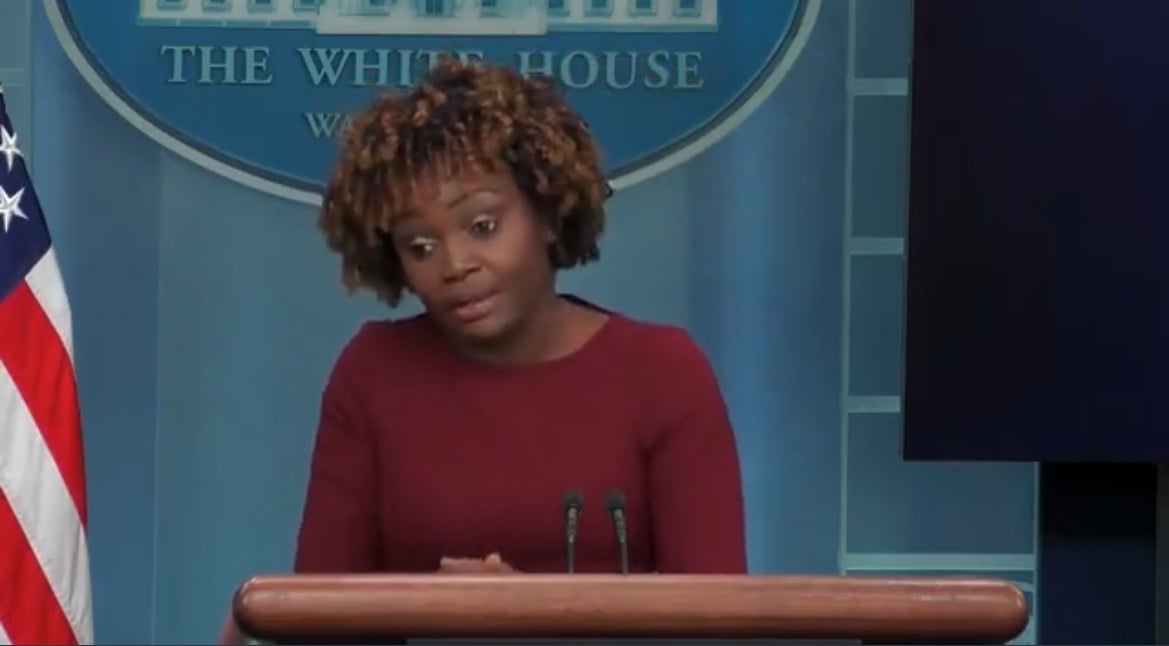 White House Press Secretary Karine Jean-Pierre on Wednesday refused to say if the Biden campaign communicated with Twitter in an effort to suppress the Hunter Biden laptop story.

Twitter banned The New York Post at the time for their reporting on crackhead Hunter and his illegal dealings.

The laptop from hell story had been removed from Twitter for violation of the company’s “hacked materials” policy even though Hunter’s laptop was never hacked into!

There is no evidence that a government agency told Twitter that Hunter’s laptop had been hacked.

22. Although several sources recalled hearing about a “general” warning from federal law enforcement that summer about possible foreign hacks, there’s no evidence – that I’ve seen – of any government involvement in the laptop story. In fact, that might have been the problem…

Fox News reporter Jacqui Heinrich asked if anyone from the Biden team communicated with Twitter that the Hunter laptop story stemmed from hacked materials.

“I can’t speak to decisions made by the campaign…I’m just not going to comment…It’s up to these companies to make…decisions about the content…and to ensure [it] follows their own standards & policies,” KJP said.

KJP on whether Team Biden told Twitter the laptop was “hacked”: “I can’t speak to decisions made by the campaign…I’m just not going to comment…It’s up to these companies to make…decisions about the content…and to ensure [it] follows their own standards & policies.” pic.twitter.com/z2AG5kgTDC

Next post F Joe Biden is Back – Crowd in Tampa Erupts After Game in “F*** Joe Biden” Chants
Enter Your Information Below To Receive Free Trading Ideas, Latest News And Articles.
Your information is secure and your privacy is protected. By opting in you agree to receive emails from us. Remember that you can opt-out any time, we hate spam too!