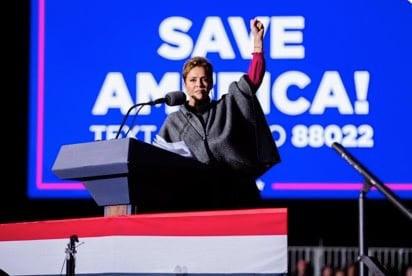 The 2022 Midterm in Arizona was stolen from Kari Lake by corrupt Secretary of State Katie Hobbs, who challenged Lake for Governor, and Kari Lake is not giving up.

The election was an uncertifiable disaster on Election Day in Maricopa County when voting machines and printers suddenly stopped working at over 30% of voting centers the moment the polls opened. Republican voters were forced to wait in extremely long lines, turned away from the polls, or told to deposit their ballots in the questionable “box 3” for misread ballots.

The Gateway Pundit reported yesterday that Katie Hobbs needed to ask Twitter to silence her critics on top of running her own election and threatening to jail County Supervisors if they did not certify her corrupt election win. She is desperate to certify this election and take the Governor’s office without facing questions or challenges.

Katie Hobbs is now slated to certify her own corruption this morning when she signs off on the rigged 2022 midterm election that she supervised as Secretary of State.

WATCH LIVE: Lawless Arizona Secretary of State Katie Hobbs To Certify Her Own Election Fraud At 10 AM

Kari Lake tweeted the following video on November 21 when Maricopa County was still counting the ballots from November 8.

@TrendingLiberal, a leftist page with 233.5k followers, commented a poll asking, “should Kari Lake Concede?” and they got absolutely leveled by 102,071 votes with 76.6% “no” votes.

Lake: Hi, this is Kari Lake and I have a message to the people of Arizona and all Americans. 40 days ago elections in Arizona officially started when mail in ballots were sent out across our state.

Election Day was 13 days ago, and Maricopa County is still counting ballots. Printer problems, tabulation errors, three-hour long lines and even longer, and confusing instructions given by election officials made this election day the most chaotic in Arizona’s history. Half of voting centers that opened for the first time on election day where the the overwhelming majority of voters were voting for Kari Lake, were not operational or had significant failures.

Would you get on an airplane if half of the engines didn’t work? Would our friends in the media be able to broadcast their nightly propaganda if only half of their studio equipment was working? The 2022 general election in Arizona was botched and broken beyond repair. Thankfully, the Attorney General’s Office is demanding answers from Maricopa County. Attorney General Mark Brnovich is taking the first steps necessary to remedy this assault on our democracy.

This isn’t about Republicans or Democrats. This is about our sacred right to vote, a right that many voters were sadly deprived of on November 8. Tens of thousands of you have reached out pleading with me to fight this fight. Rest assured, I will because if we give up now we will no longer have a country. Attorneys are working diligently to gather information, whistleblowers are coming forward, and the curtain is being lifted. Whether done accidentally or intentionally. It is clear that this election was a debacle that destroyed any trust in our elections. Arizonans who choose to make their voice heard on election day should not be disenfranchised or punished for choosing to vote in person. Yet they were. I want you to know Arizona, I will continue fighting until we restore confidence and faith in our elections.

Why should she concede?

Katie Hobbs refused to debate, did not campaign, and had almost no following. No reasonable person would believe that she actually won this race.  She ran against Kari Lake, one of the most popular Republican candidates in a generation.

Join our call to make America trend liberal!” This poll was a rude awakening for them.

Lake responded to the poll with a retweet, saying,

Trump-Endorsed Kari Lake intends to challenge the election results, recently vowing that she “will not quit” and stated that she is “working with a team of patriotic, talented lawyers on a legal case to challenge the botched elections.”

This is why a corrupt Obama-appointed District Court Judge recently sanctioned Kari Lake, citing a recent lawsuit to ban machines and prevent the exact same issues that occurred on election day. The judge even admitted that these sanctions were simply meant to “send a message,” ostensibly to prevent election lawsuits from exposing the massive amounts of fraud. “this reads like an angry Obama appointee who wants to send a message,” said Kari Lake.

Other candidates, including Abe Hamadeh, are also expected to challenge the fraudulent election after the State certifies today.

Kari Lake is not going anywhere. 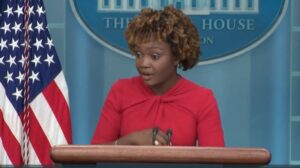 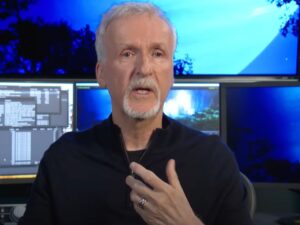 Next post Woke Hollywood Director James Cameron Calls Testosterone a “Toxin” That Must Be Expelled From System
Enter Your Information Below To Receive Free Trading Ideas, Latest News And Articles.
Your information is secure and your privacy is protected. By opting in you agree to receive emails from us. Remember that you can opt-out any time, we hate spam too!