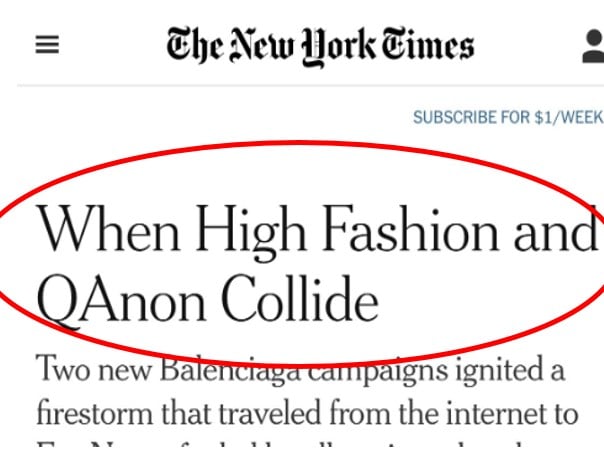 In a secondary report, it was discovered Balenciaga used a copy of United States v. Williams which was a child pornography case decided by the Supreme Court, as a prop.

Only after major pushback ensued, Balenciaga apologized and sued the production company for the subliminal messages contained in the photo shoot.

Despite even apologizing for the shoot, The New York Times has just written a lengthy puff piece titled “When High Fashion and QAnon Collide”.

Here’s an excerpt from the New York Time’s puff piece:

Together, they ignited a firestorm that traveled from the internet to Fox News, fueled by allegations that Balenciaga condoned child exploitation. The controversy has become one of the most explicit collisions of internet culture, politics, fashion and conspiracy theories to date….

As online criticism of the campaigns spread, the story was picked up across right-leaning media outlets, including The New York Post and the prime time Fox News show “Tucker Carlson Tonight.” The show has helped to publicize and mainstream QAnon, the internet conspiracy theory that “a group of Satan-worshiping elites who run a child sex ring are trying to control our politics and media.” 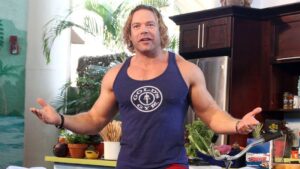 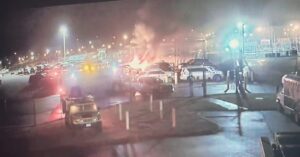 Next post DEVELOPING: Five Cars Rented by Biden’s Secret Service in Nantucket Burst Into Flames (VIDEO)
Enter Your Information Below To Receive Free Trading Ideas, Latest News And Articles.
Your information is secure and your privacy is protected. By opting in you agree to receive emails from us. Remember that you can opt-out any time, we hate spam too!