Whole Foods bowed to the ecoterrorists and decided to pull Maine lobsters from its stores nationwide.

“We are disappointed by Whole Foods’ decision and deeply frustrated that the Marine Stewardship Council’s suspension of the lobster industry’s certificate of sustainability continues to harm the livelihoods of hardworking men and women up and down Maine’s coast,” Maine Governor Janet Mills wrote in a joint statement with Senators Susan Collins and Angus King and Reps. Chellie Pingree and Jared Golden, Fox News reported.

Environmental groups are once again at odds with politicians and fishermen in New England in the wake of a decision by high-end retail giant Whole Foods to stop selling Maine lobster.

Whole Foods recently said that it will stop selling lobster from the Gulf of Maine at hundreds of its stores around the country. The company cited decisions by a pair of sustainability organizations to take away their endorsements of the U.S. lobster fishing industry.

The organizations, Marine Stewardship Council and Seafood Watch, both cited concerns about risks to rare North Atlantic right whales from fishing gear. Entanglement in gear is one of the biggest threats to the whales.

The decision by Whole Foods was an “important action to protect the highly endangered” whale, said Virginia Carter, an associate with the Save America’s Wildlife Campaign at Environment America Research & Policy Center.

“With fewer than 340 North Atlantic right whales in existence, the species is swimming toward extinction unless things turn around,” Carter said.

A few months ago HelloFresh, a meal prep and delivery service, took lobster off its menu after pressure from far-left environmental groups. 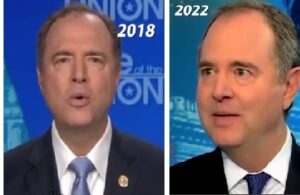 Previous post Before and After: Serial Liar Adam Schiff Refuses to Commit to Testifying before Congress after Threatening Trump for Years with House Subpoenas (VIDEO) 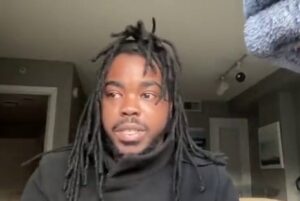 Next post ELECTION FRAUD: Senator Warnock’s Campaign Calls TN Man and Asks Him to Vote – The Man Records the ENTIRE CALL Then Posts It Online (VIDEO)
Enter Your Information Below To Receive Free Trading Ideas, Latest News And Articles.
Your information is secure and your privacy is protected. By opting in you agree to receive emails from us. Remember that you can opt-out any time, we hate spam too!