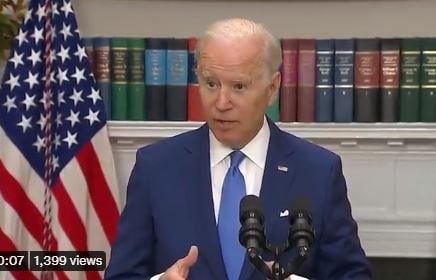 Though the mainstream media won’t tell you this, the Biden economy is bad and getting worse.

As inflation soars, more Americans are forced to turn to second jobs.

Mortgage rates have hit the highest rates in two decades while home values across the country drop rapidly.

But old Joe wants us to believe that everything is just fine. In early November, he delivered remarks on his administration’s efforts to work with unions and employers to train Americans for good paying jobs in various industries.

Tell that to the 2,700 employees at United Furniture Industries who were fired while they were sleeping just days before the Thanksgiving holiday. We ask that all employees not report to their work locations tomorrow November 22, 2022

Over-the-road drivers, whether or not you have completed your delivery, please immediately return equipment, inventory, and delivery documents for those deliveries that have been completed to one of the following locations Winston-Salem, NC. Verona, MS, or Victorville, CA. To be clear, do not complete any additional delivers.  Additional information will be provided tomorrow morning. Please be patient and we will proactively communicate when additional information is available.

According Freightwaves, employees received the following statement,  “At the instruction of the board of directors of United Furniture Industries Inc. and all subsidiaries, we regret to inform you that due to unforeseen business circumstances, the company has been forced to make the difficult decision to terminate the employment of all its employees, effective immediately, on Nov. 21, 2022.”

A big US furniture company this week fired all of its 2,700 employees while they were sleeping, telling them in texts and emails not to come to work the next day, according to reports.

The mass firing on Tuesday by United Furniture Industries, which makes budget-friendly sofas and recliners for Simmons Upholstery, left thousands of employees including truck drivers and factory workers in North Carolina, Mississippi and California unemployed just two days before Thanksgiving.

“At the instruction of the board of directors … we regret to inform you that due to unforeseen business circumstances, the company has been forced to make the difficult decision to terminate the employment of all its employees, effective immediately, on Nov. 21,” the company said in messages to employees.

“With the exception of over-the-road drivers that are out on delivery. Your layoff from the company is expected to be permanent and all benefits will be terminated immediately without provision of COBRA.”

The privately held, Okolona, Miss.-based company could not be reached for comment.

The post Biden Economy Woes: Furniture Manufacturer Fires All 2,700 Employees While They Slept, Days Before Thanksgiving Holiday appeared first on The Gateway Pundit. 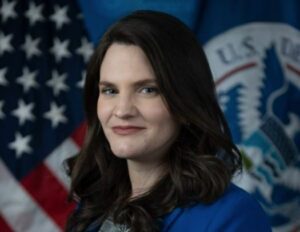 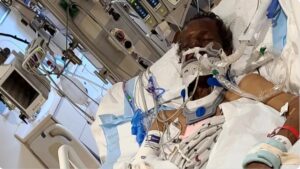 Next post 70-Year-Old Marine Veteran Hero In Critical Condition After Helping House Fire Victims
Enter Your Information Below To Receive Free Trading Ideas, Latest News And Articles.
Your information is secure and your privacy is protected. By opting in you agree to receive emails from us. Remember that you can opt-out any time, we hate spam too!