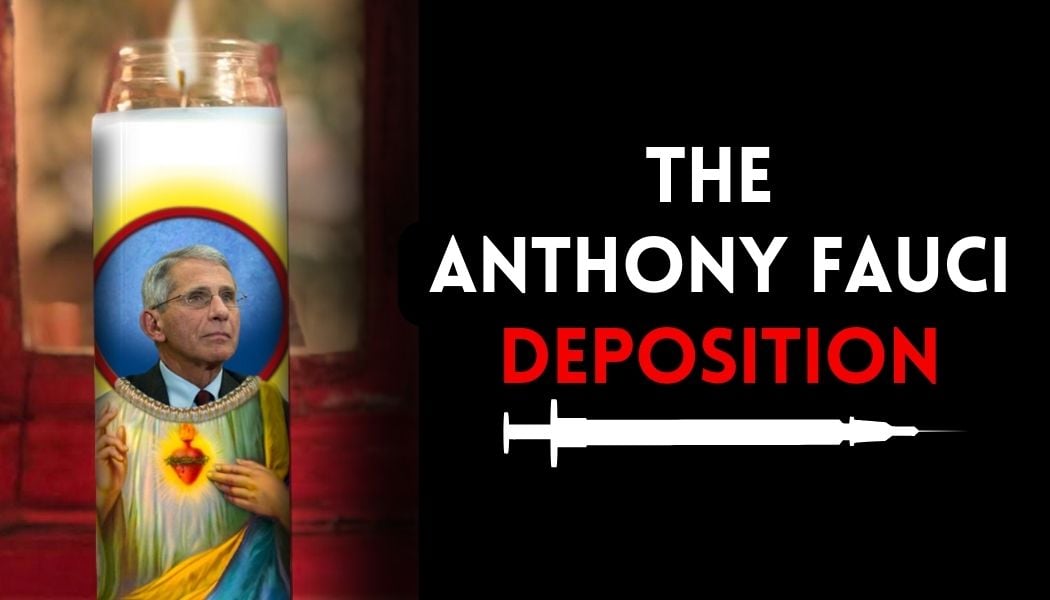 The Gateway Pundit previously reported in May that the Missouri and Louisiana Attorneys General filed a lawsuit (Missouri v. Biden) against the Biden Administration, including Joe Biden himself, Anthony Fauci, the Department of Homeland Security and nearly a dozen federal agencies and Secretaries.

The suit alleges a massive coordinated effort by the Deep State, the permanent administrative state, to work with Big Tech to censor and manipulate Americans – from average citizens to news outlets – on issues including the Hunter Biden Laptop from Hell, 2020 Election Integrity, COVID-19 origin and extent skepticism, COVID-19 vaccine skepticism, among other issues.

As Gateway Pundit has previously written, the Attorneys General, along with Gateway Pundit’s Jim Hoft and several other individuals sued the Biden Administration – including Anthony Fauci – for censoring speech surrounding COVID-19, among a large number of other topics.

Gateway Pundit’s Jim Hoft and attorney John Burns were present at the deposition and witnessed the octogenarian squirm, stall, and lie for seven hours.

While the deposition uncovered no smoking guns, the sheer volume of things Fauci “couldn’t recall” or “couldn’t remember,” along with his obvious attempts at providing misleading and deceptive responses, collectively damned his testimony.

No reasonable observer could find his testimony to be credible.  Simply put: he lied even when the truth would have made a better story.

Here are some observations and highlights from the Fauci deposition:

** Fauci is a skillful liar.  As we have seen now for months in his public comments, he lies when he feels he can get away with it or when he feels there will be no meaningful consequences.

** Fauci frequently lied unless and until he was confronted with alternate facts.  For example, he claimed he really wasn’t familiar with Ralph Baric (creator of the COVID virus) or Peter Daszak (who brokered Fauci’s NIAID grant money to the Chinese biolab in Wuhan), until he was confronted with evidence that his own chief of staff emailed him describing Daszak and Baric as being part of Fauci’s team!

** Fauci claimed that he had no knowledge that his communications team did not coordinate with social media companies to stop “misinformation and disinformation” until he was forced to admit that he actually did know of certain instances of coordination.

** Fauci continued to push the now-debunked assertion that COVID-19 was a naturally occurring virus.

** Fauci refused to define “gain of function” research saying it was too broad of a term to define.

** Gamesmanship.  Whenever introduced to a difficult topic, he dishonestly refused to define key terms so he could avoid being pinned down and held accountable.  For example, when discussing the topic of “gain of function” research, he refused to acknowledge what the term meant, objecting that it was a term so broad it could not be defined.

** Fauci repeatedly claimed that he “couldn’t recall” or “couldn’t remember,” and attempted to bolster these incredible statements by appealing to the volume of emails he would receive or issues or studies that would come across his desk.  This is simply not credible for nearly all of such statements, because the incidents in question were either recent or within the past three years, and they were all highly politically charged.

** Fauci’s other method of lying was simply to pretend that he didn’t understand something, and then hope the lawyer asking the question wouldn’t be able to catch him in the lie. For example, he very obviously lied at one point when he claimed he didn’t know what Meta (parent company of Facebook) was, until he was forced to admit that he did, in fact, know what Meta was.

** Another Fauci tactic: when forced to admit he had made a communication or reviewed a key record at a key time, or knew or worked with a key individual, he would try and downplay each negative fact by (1) downplaying the significance of the communication, (2) suggest that while he reviewed the key record, he didn’t really read it carefully, or (3) with false humility suggest that he was not an expert in X field and so did not fully understand the scientific study at issue, or (4) claim that, while he did “know” said individual, he doesn’t really know them that well because he meets so many doctors and scientists as part of his job.

** Other Fauci deceit tactics:  throwing subordinates under the bus.  Fauci is a famous survivor among bureaucrats.  One way he has survived this long is by only taking credit for wins and pawning off losses on hapless subordinates. This trend continued in his deposition, in which he brazenly argued that, while he is the head of the NIAID and its $6 billion dollar budget, he repeatedly didn’t have any knowledge about what his immediate direct reports were doing right under his nose.  Fauci supports accountability, so long as he has a subordinate to sacrifice.

** Fauci argued that Hydroxychloroquine was “dangerous” and had “toxic” side effects.  This is absurd, because HCQ is one of the safest medicines known to man, but also because the COVID “vaccine” has killed tens of thousands of people and injured hundreds of thousands more.  Similarly, Fauci’s bogus medical cure, Remdesivir, has almost no positive effect in treating COVID, yet it’s also horribly toxic.

** Fauci claimed HCQ was ineffective in treating COVID, but couldn’t cite a single study to support his claim.  Fauci also rejected the list of 371 studies on HCQ and its effectiveness in treating the disease when he was presented with the list.

** Fauci had no scientific evidence to support any of his scientific conclusions in his deposition.  He simply preferred to use invective against positions he disliked.  When confronted with over 370 studies finding HCQ was effective in treating COVID, he flailed and had no meaningful response.

** Fauci admitted lying to the public.  In one of the more amazing segments during his deposition, Fauci admitted that he knowingly made false public health statements at the beginning of the pandemic, advising people against using masks in order to discourage the public from depleting the supply of masks.

** Fauci admitted he got his ideas of a lockdown from the Communist Chinese who implemented their extreme lockdowns in January 2020.

** Fauci also admitted privately to friends that the masks didn’t work (the pores of masks are too large and the virus is smaller than the pores), while simultaneously advising the public that they did work.

The deposition lasted seven hours. This did not include breaks.

The government employee who escorted John Burns, myself, and the Missouri and Louisiana teams to the deposition room told me about the facilities in the US. I did not ask him about the US funded labs in Ukraine.

We will be reporting more on the deposition in the coming days.

The post EXCLUSIVE: A Look from Inside – The Fauci Deposition: Attorneys General from Missouri and Louisiana Depose Dr. Fauci, Prove He Was Not Honest with the American Public appeared first on The Gateway Pundit. 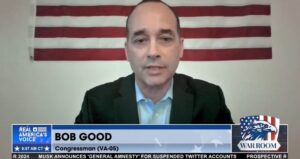 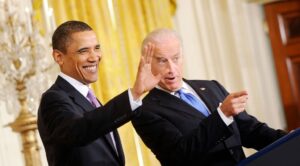 Next post Steve Cortes on the War Room – Biden’s Economy Is “Teetering on the Edge of a Depression”
Enter Your Information Below To Receive Free Trading Ideas, Latest News And Articles.
Your information is secure and your privacy is protected. By opting in you agree to receive emails from us. Remember that you can opt-out any time, we hate spam too!