The truth about Twitter’s censoring of the Hunter Biden laptop story is coming out.

Elon Musk responded to a tweet calling for all internal discussions about the censoring of the New York Post’s Hunter Biden story to be made public by saying “this is necessary to restore public trust.”

This is necessary to restore public trust

Musk had previously called the suspension of the account “incredibly inappropriate.”

Twitter was a major player in censoring the Hunter Biden laptop story.

They suspended the New York Post’s Twitter account for tweeting out a link to the story showing possible shady business dealings with China and Ukraine involving the then-vice president.

The day after Twitter blocked the Post’s stories, then-CEO Jack Dorsey posted that “straight blocking of URLs was wrong, and we updated our policy and enforcement to fix.”

Even then Twitter CEO Jack Dorsey was forced to admit that the suspension was a “total mistake.”

Twitter doesn’t have a “censoring department” that blocked The Post from tweeting last fall, CEO Jack Dorsey said Thursday — but he wouldn’t reveal who was responsible for the blunder.

At a congressional hearing on misinformation and social media, Dorsey said Twitter made a “total mistake” by barring users from sharing The Post’s bombshell October report about Hunter Biden’s emails.

Twitter also locked The Post out of its account for more than two weeks over baseless charges that the exposé used hacked information — a decision Dorsey chalked up to a “process error.”

“It was literally just a process error. This was not against them in any particular way,” Dorsey told the House Energy and Commerce Committee.

This is great news. 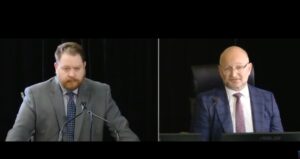 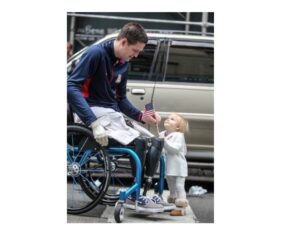 Next post Happy Thanksgiving to Brian Kolfage and All Our American Military Heroes
Enter Your Information Below To Receive Free Trading Ideas, Latest News And Articles.
Your information is secure and your privacy is protected. By opting in you agree to receive emails from us. Remember that you can opt-out any time, we hate spam too!