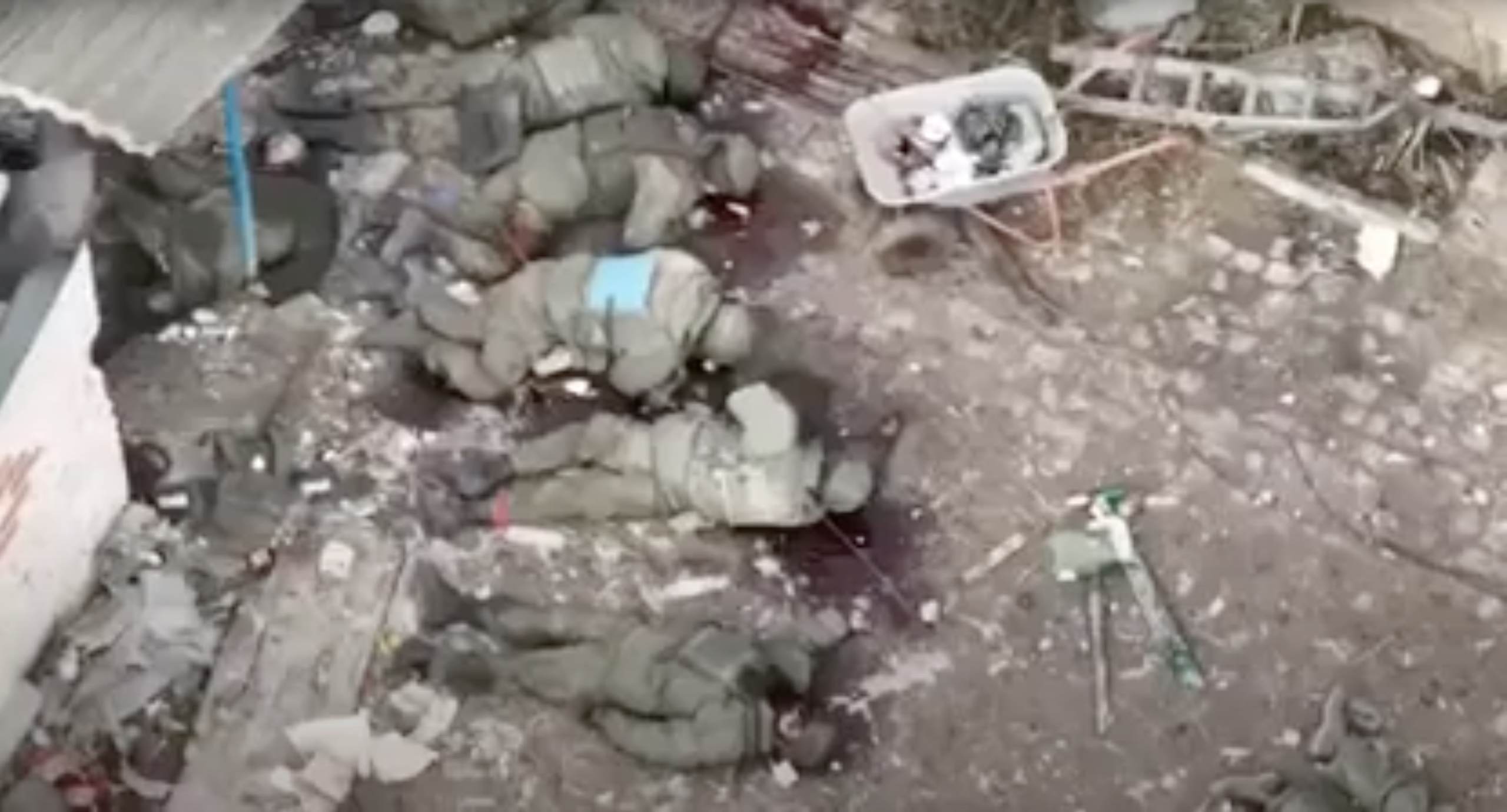 Videos circulating on social media seem to show Ukrainian forces executing 11 Russian POWs. The videos have been confirmed by the New York Times. The UN Human Rights Monitor in Ukraine spoke of “credible allegations of summary executions … by members of the Ukrainian armed forces.”

US regime-controlled media always portray the Russians as the cruel aggressors and the Ukrainians as the noble defenders. Anyone who spends any time investigating what is going on in Ukraine realizes one thing: It’s not that simple.

“America First” patriots like Tucker Carlson and Steve Bannon tend to view the War in Ukraine as a “border conflict” between two far-off Eastern European countries that America has nothing to do with.

The current videos will surely heat up this debate.

Videos from the village of Makeyevka in the northern Luhansk region allegedly show 11 captured Russian soldiers lying on the ground. Apparently, the prisoners were subsequently executed. Ukrainian sources charge that a 12th Russian emerged from hiding and opened fire, leading to the bloodbath.

“The videos, whose credibility we have established, represent a rare opportunity to see some of the horrific situations of the war, but they do not show why the Russian soldiers were killed,” wrote the New York Times. Judging by the video, “at least 11 Russians were killed at close range after one of their comrades opened fire on Ukrainian soldiers who were standing nearby.”

The Ukrainian border guards who shot the prisoners were identified as Artur Bortnichuk and Mikhailovsky Nazar.

The two Ukrainian Soldiers who recently executed 10 Russian POWs in #Makeevka DPR have been identified – Nazar Mikhailovsky and Artur Bortnichuk – they will be hunted down and brought alive to Russia pic.twitter.com/LWpUYeX4B4

Speaking on Friday, Russian Foreign Ministry Spokeswoman Maria Zakharova demanded an international investigation and condemnation. “These shocking videos are further evidence of the crimes committed by Ukrainian neo-Nazis. Ukraine is flagrantly violating international humanitarian law, specifically the 1949 Geneva Convention relative to the Treatment of Prisoners of War and international human rights laws, including the 1966 International Covenant on Civil and Political Rights and the 1984 Convention against Torture and Other Cruel, Inhuman or Degrading Treatment or Punishment,” she said.

Zakharova went on to say that Russia has repeatedly drawn the attention of the international community “to Ukraine’s cruel and inhuman treatment of detained Russian military personnel.” Ukrainian militants regularly disseminate videos showing how they murder, torture, humiliate and beat people, she said.

“Without any embarrassment, Ukrainian neo-Nazis showed their “exploits” for everyone to see. These videos will make your blood run cold – they shoot tied up soldiers in the legs, disrespect the bodies of the dead and shoot unarmed soldiers and civilians. They have even shared footage of tanks crushing people alive. Foreign mercenaries also took part in these atrocities, like the cutthroats from the Georgian Legion that barbarically shot imprisoned Russian paratroopers outside Kiev last March,” Zakharova said.

Russian Deputy Representative to the UN Dmitry Polyansky has written to UN Secretary General Antonio Guterres with “new evidence of Ukraine’s mistreatment of Russian prisoners of war and an appeal to Antonio Guterres to stop breaches of international humanitarian law by Kiev.”

In a report of Nov. 15, the Head of the UN Human Rights Monitoring Mission in Ukraine Matilda Bogner complained about massive human rights violations by both sides in the Ukraine war. While the report blamed Russian forces for “torture and ill-treatment” of Ukrainian POWs, at least 9 of whom died, the UN report also details “credible allegations of summary executions of persons hors de combat and several cases of torture and ill-treatment, reportedly committed by members of the Ukrainian armed forces.”

“In several cases, prisoners of war were stabbed or given electric shocks with the ‘TAPik’ military phone by Ukrainian law enforcement officers or military personnel guarding them. One prisoner of war recalled: “We were most afraid of the military phone. The feeling was awful. Your whole body froze and then you would fall on your side.”

Many reported poor and often humiliating conditions of their evacuation to transit camps and places of internment. Often naked, they were packed into trucks or minivans, with their hands tied behind their backs.  We also documented cases of ill-treatment of Russian prisoners of war in a penal colony in Dnipropetrovska region and in several pre-trial facilities, including so-called ‘welcome beatings’.

We received allegations of extended internment in informal places of detention, such as the basements of guardhouses or military headquarters.“

Should we really be sending $104 billion in US taxpayer money to fight a war in a place we can’t even spell, between people whose names we can’t pronouce?

This video shows the three shot “actors without blood” a bit later. All of them are bleeding at this time as the blood made it out of their legs and through their pants to the ground.
Seriously guys … I have no words for people, denying this. pic.twitter.com/n8oDhFa2nI 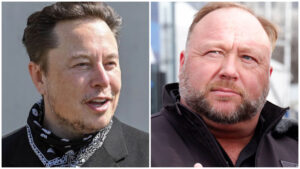 Previous post Elon Musk to Alex Jones: “I Have No Mercy for Anyone Who Would Use the Deaths of Children for Gain, Politics or Fame” 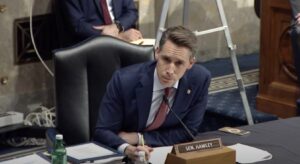 Next post Sen. Josh Hawley Demands Correspondence Between Federal Officials and Dem Party Leaders Following FTX Collapse and Why the Scheme Was Only Revealed AFTER the Midterm Elections
Enter Your Information Below To Receive Free Trading Ideas, Latest News And Articles.
Your information is secure and your privacy is protected. By opting in you agree to receive emails from us. Remember that you can opt-out any time, we hate spam too!