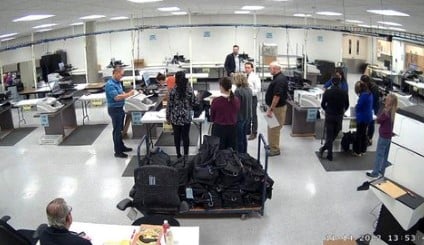 Arizona Assistant Attorney General Jennifer Wright — with the Elections Integrity Unit — wrote a letter to the Maricopa County officials Saturday demanding an accounting for the widespread ballot tabulation and ballot printer problems seen during the general election on Nov. 8.

Among the most troubling issues raised in the letter directed to Thomas Liddy with the Maricopa County Attorney’s Office was the apparent co-mingling of ballots in black duffle bags in at least one polling location, which were successfully run through the on-site tabulators with those put in “Door 3” to be sent to the Election Department’s downtown Phoenix tabulation center because they could not be read.

“The Elections Integrity Unit (“Unit”) of the Arizona Attorney General’s Office (“AGO”) has received hundreds of complaints since Election Day pertaining to issues related to the administration of the 2022 General Election in Maricopa County,” Wright opened her letter.

“These complaints go beyond pure speculation, but include first-hand witness accounts that raise concerns regarding Maricopa’s lawful compliance with Arizona election law,” she continued.

Wright wrote that statements made by Maricopa Board of Supervisors Chairman Bill Gates and County Recorder Stephen Richer, along with other official communications from the county appear to confirm potential election law violations.

Wright recounted that based on information provided by the county at least 60 polling locations’ ballot on-demand printers were configured improperly, leading to the inability of the tabulators to read the ballots.

Ballots are printed on demand because voters are able to check in at any location in Maricopa County, which includes multiple congressional, state and local districts.

“Arizonans deserve a full report and accounting of the myriad problems that occurred in relation to Maricopa County’s administration of the 2022 General Election.”#AZVoterSuppression pic.twitter.com/o2YfdNG1wN

“Based on sworn complaints submitted by election workers employed by Maricopa County, the BOD printers were tested on Monday, November 7 without any apparent problems,” Wright wrote.

Despite these tests, the printers began malfunctioning within the first half-an-hour on Election Day.

In light of this, the AG’s office wants logs related to when printer configuration changes were made, along with other related information.

Wright also wanted to know the instructions poll workers gave to voters who experienced problems with their ballots being accepted by tabulation machines.

“Following widespread reports of problems at voting locations on Election Day, Chairman Gates publicly stated that voters who had already checked in to e-Pollbook, but were having difficulties voting could ‘check out’ of that voting location, and would be able to nonetheless vote in another voting location,” she wrote.

“Based on sworn complaints received by the Unit, not only have poll workers reported that they were not trained and/or not provided with information on how to execute ‘check out’ procedures, but many voters have reported the second voting location required the voter to cast a provisional ballot as the e-Pollbooks maintained the voter had cast a ballot in the original voting location.” she added.

Wright pointed out that Arizona state law prohibits a voter to cast a provisional ballot who has already been signed in electronically.

Additionally, the attorney noted that state law was also apparently violated when poll workers failed to keep ballots that were successfully tabulated on site segregated from those that were not.

Do you think Maricopa County should redo its election?

“Further, we have received a sworn complaint from an election observer indicating that more than 1700 ‘Door 3’ non-tabulated ballots from one voting location were placed in black duffle bags that were intended to be used for tabulated ballots,” she added.

The AG’s office requested a copy of each voting location’s Official Ballot Report, along with the total number of ballots that were co-mingled.

Wright further demanded a response to all the issues raised in her letter on or before Nov. 28 when a official canvas is of due to Arizona’s Secretary of State office.

“Arizonans deserve a full report and accounting of the myriad problems that occurred in relation to Maricopa County’s administration of the 2022 General Election. As the canvass is looming, and these issues relate to Maricopa County’s ability to lawfully certify election results,” she concluded.

Arizona GOP gubernatorial candidate Kari Lake’s campaign has called for a redo of the election in Maricopa County in light of all the problems that occurred on Election Day. 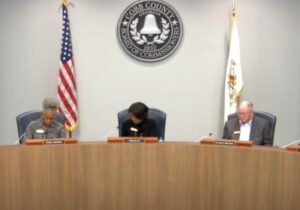 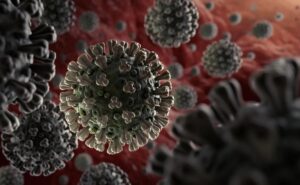 Next post Dr. Nepute Was Absolutely Correct – New Study Confirms Vitamin D Provides Protection Against COVID Death
Enter Your Information Below To Receive Free Trading Ideas, Latest News And Articles.
Your information is secure and your privacy is protected. By opting in you agree to receive emails from us. Remember that you can opt-out any time, we hate spam too!