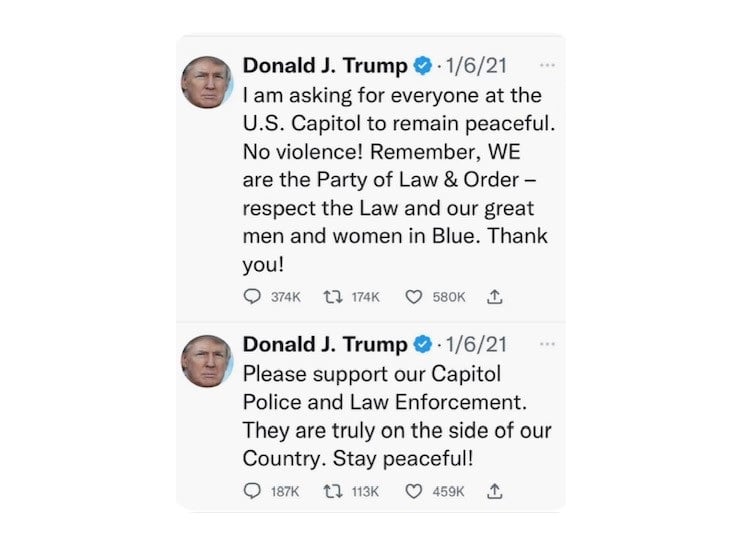 It’s kind of hard to lead an “insurrection” when you are telling everyone to “remain peaceful,” and to “support Capitol Police,” and to “stay peaceful.”

There It Is! Trump’s Twitter Account is Back Up and Running After Elon Musk Conducts Online Poll

This came hours after a poll of Twitter users asked if the 45th president should be reinstated.

More than 15 million people participated in the Twitter poll.

Bots and communists voted no to silence President Trump.

And since his account was taken down on January 8, 2021, his tweets from that week were the last messages he posted on Twitter before the left silenced him.

And look at what popped up!

President Trump called for protesters to remain peaceful and to stay peaceful. Trump even asked the protesters to “support Capitol police” after they fired gas cannisters, rubber bullets, and mace at the crowds without warning.

The Biden regime is currently running a special counsel on Trump for leading an insurrection.  All of the evidence they have is manipulated, incomplete, or outright lies.

Let’s pray the real perpetrators are someday caught and punished for planning and instigating the attacks on January 6th. 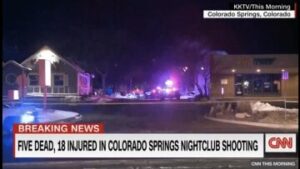 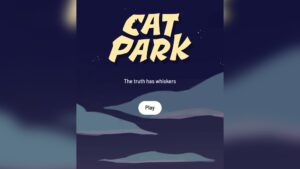 Next post Leaked State Dept Memo Reveals US Gov’t Used Taxpayer Money to Create Online Game to “Inoculate Youth Against Disinformation”
Enter Your Information Below To Receive Free Trading Ideas, Latest News And Articles.
Your information is secure and your privacy is protected. By opting in you agree to receive emails from us. Remember that you can opt-out any time, we hate spam too!