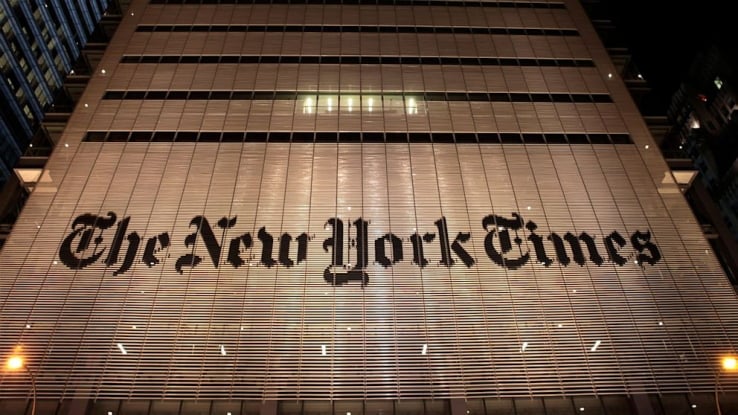 The New York City Police Department was called to the New York Times building on Thursday after a man entered with a sword, knife, and ax.

The 27-year-old unidentified man was requesting to speak to specific people at the newspaper, though their names have also not been released.

“An NYPD spokesperson familiar with the situation said the man entered the Manhattan building on West 41st Street just after noon,” NBC New York reports. “The man didn’t appear to threaten anyone but he asked to speak with unidentified individuals at the Times, police said. When security stopped him, he handed over his weapons without incident and he was held until cops arrived.”

The man was taken to the Mt. Siani West hospital to be evaluated.

It is currently unclear if any charges are pending.

The Times thanks LE

A representative for the New York Times told Politico that the paper is grateful to the police “for responding to an incident in our lobby that was resolved quickly and peacefully.”

Last year, the New York Post pointed out that in 2020 The New York Times ran an opinion piece titled “Yes, We Mean Literally Abolish The Police,” as well an editorial claiming “. . . too often in recent months, instead of a balm, the Police Department has become another source of trauma.”

“These were an ugly par for the course regarding the Gray Lady’s regular mistreatment of New York’s Finest. So why is a member of the NYPD patrolling the lobby of the Times’ office building?” the Post article asked. “Isn’t the editorial board worried about this cop inflicting trauma on its workforce?” 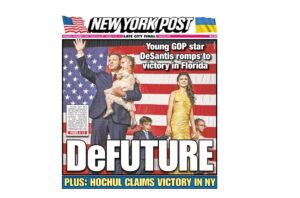 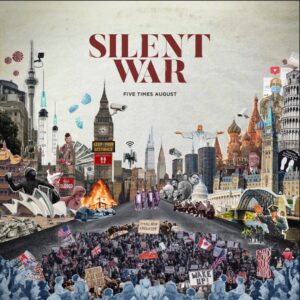 Next post Five Times August’s New Album ‘Silent War’ Climbs Charts Despite Leftist Hold On Culture
Enter Your Information Below To Receive Free Trading Ideas, Latest News And Articles.
Your information is secure and your privacy is protected. By opting in you agree to receive emails from us. Remember that you can opt-out any time, we hate spam too!