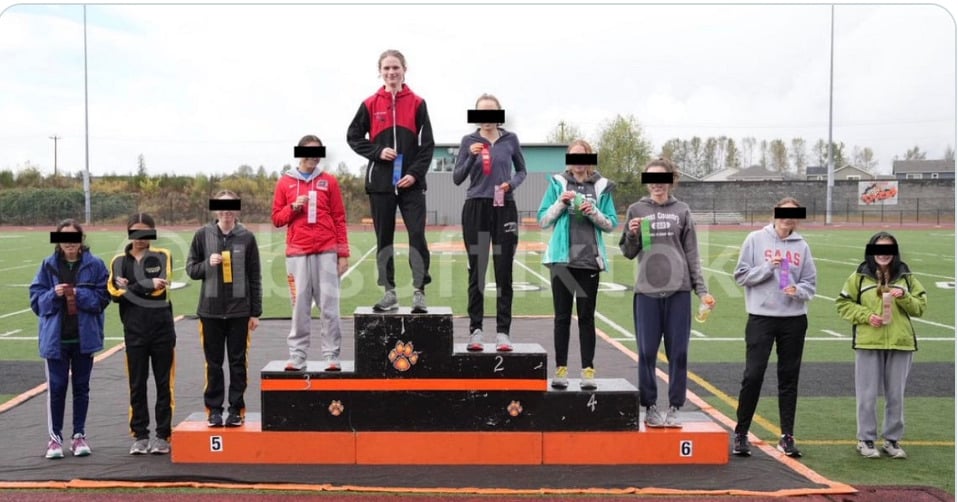 A trans athlete, that couldn’t make it anywhere near the podium on the boy’s track team, not only broke a Seattle high school’s 5000-meter girls’ record, but ended up on the winner’s block in a recent competition.

Libs of TikTok covers the story of Aspen Hoffman, who magically went from 72nd place on the team boys’ team to first place on the girls’ team.  Hoffman’s efforts on the team qualified Seattle Academy High School girls’ cross-country team for the state championship.

From Libs of TikTok:

Last year, Hoffman was a mediocre cross-country runner on Seattle Academy’s boys’ team. During freshman year, Aspen Hoffman competed as a boy and finished 72nd in the League finals. Now, as a sophomore competing as a girl, Hoffman broke Seattle Academy’s school record in the girls’ 5000-meter category and ranks 1st in League. Hoffman’s time in the 5000-meter would rank him 48th if he had competed in the boys’ division.  Earlier this semester, Hoffman took 2nd at Districts, qualifying Seattle Academy for the State championship.

Seattle Academy competes in the Emerald Sound Conference which is comprised of 14 schools. Libs of TikTok spoke with a coach in the conference who told us, “allowing [Hoffman] to compete against biological girls deprives other girls’ teams of the chance to compete at State (which is a big deal).  If [Hoffman] competed in the boys’ division, [Hoffman] would place 56th on the boys’ team.”

How can we expect High School girls to be competitive against a class of athlete which outpaces the fastest women who’ve ever lived? pic.twitter.com/rHbtgaTMST

The teachers telling these girls they have to sacrifice their dreams for the boys that want to replace them, are the real problem. 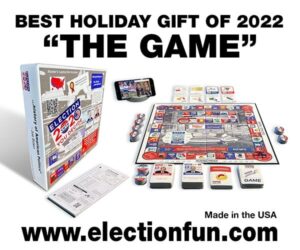 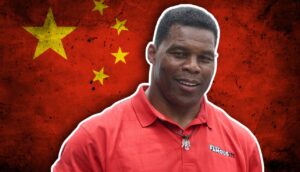 Next post Does the Chinese Communist Party Have a “Ground Game” Ongoing in Georgia to Defeat Herschel Walker?
Enter Your Information Below To Receive Free Trading Ideas, Latest News And Articles.
Your information is secure and your privacy is protected. By opting in you agree to receive emails from us. Remember that you can opt-out any time, we hate spam too!