Republican Senators went ahead and voted for leadership on Wednesday despite the run-off election planned next month in the Georgia Senate race between American icon Herschel Walker and radical Marxist Raphael Warnock.

The Republicans REALLY hate their voters and want to punish them.

Mitch McConnell has a better approval rating with Democrats than Republican voters.

If Republicans elect the same leaders, then they will have blown the final opportunity they had this election.

In 7 of 10 national polls we conducted this year, more Democrats than Republicans had a “very favorable” view of Mitch McConnell.

Voters can be very prophetic. https://t.co/MDSQNd0vsK

On Wednesday the Republican senators voted in Mitch McConnell again.

These people do not represent you and never will. 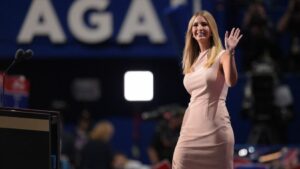 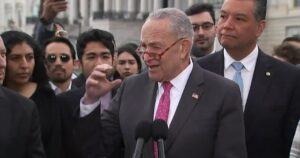 Next post Schumer Calls For Amnesty For Millions of Illegal Aliens Living in US Because “We Have a Population That Is Not Reproducing On Its Own” (VIDEO)
Enter Your Information Below To Receive Free Trading Ideas, Latest News And Articles.
Your information is secure and your privacy is protected. By opting in you agree to receive emails from us. Remember that you can opt-out any time, we hate spam too!