Not only this, but Conradson and Bergquam were REMOVED from the property and then stalked by a County drone!

The County purportedly based its decision on its perception that Conradson does not “avoid real or perceived conflicts of interest,” and that he is “not free of associations that would compromise journalistic integrity or damage credibility,” according to an email sent by the County to Conradson. The County closed out its letter by concluding that Conradson “[is] not a bona fide correspondent of repute in [his] profession.”

We later reported that TGP’s Conradson appealed Maricopa County’s refusal to grant a press pass (no response), and that TGP General Counsel John Burns sent the County a cease and desist letter, demanding access to the press conferences and that the County cease violating TGP and Conradson’s First and Fourteenth Amendment rights.

The problem with the County’s denial of Conradson’s press pass – effectively banning him and denying him the ability to participate as a member of the press – is that the denial constitutes a content-based prior restraint on speech.  In other words, the County doesn’t like the positions that Conradson or TGP take, and decided to discriminate against them and censor them on that basis, and prevent them from participating in and reporting on the County’s election press conferences.

The election vote counting in Maricopa County is a disaster and national disgrace.  News media from around the world have descended upon Arizona to cover the unfolding vote counting debacle.  CNN and the New York Times get to access the press conferences because the County presumes they will throw softballs.  TGP and Conradson get banned because the County is afraid of challenging questions, such as: “why the hell does it take an extra week to count 500,000 votes, when Florida counted more than ten million overnight?”

Some highlights from the lawsuit:

“46. Defendants have no basis for [denying press credentials]. The standards are

are not sufficiently compelling to justify denial of press credentials. Consequently, the only

politics and critique of the election processes. But that is insufficient to justify such a

of Defendants and their management of the election process in Maricopa County.

Press guaranteed to them under the First Amendment.

Speech guaranteed to them under the First Amendment.

Association guaranteed to them under the First Amendment.

constitutional violations, and Plaintiffs are entitled to relief.

TGP also filed a Motion for a Temporary Restraining Order (TRO).  See below for the TRO Motion.

Some highlights from the TRO Motion:

license to gather news. This has never been permissible in America. In fact, such schemes

fell out of favor even before the Revolution. “Licensing of the press was never effective in

the American colonies. The last attempt to enforce this common law right of the crown in

Constitution after the Revolution, there is not, nor should there ever be, press licensing in

America. If there were and the Courts did not step in, it “would make it easy for dictators

(discussing press licensing through taxation). Maricopa County appears to believe that it

a licensing scheme, it has decided that it will impede any opposition media’s attempts to

serve as a watchdog on government by licensing newsgathering.

1912, it joined not despite this long tradition of embracing the freedom of the press, but

because of it. Arizona made certain that even if the Federal Constitution ever changed, its

state constitution would continue to protect freedom of the press. “Every person may freely

speak, write, and publish on all subjects, being responsible for the abuse of that right.”

“This Honorable Court should grant the Plaintiff the right to gather the news, no

not. The regulations are unconstitutional, both facially and as applied.”

Here is a copt of the federal lawsuit against Maricopa County.

Here is copy of the Declaration of James Hoft, founder of The Gateway Pundit

Let’s hope the Federal Count properly applies the law to both teach Maricopa County a lesson in justice, and further defend the First Amendment – the prerequisite to a free society. 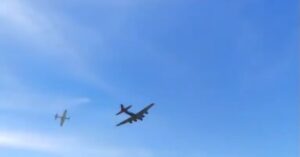 Next post NEW: Biden’s Top Immigration Official Chris Magnus ‘Resigns’ Amid Border Crisis
Enter Your Information Below To Receive Free Trading Ideas, Latest News And Articles.
Your information is secure and your privacy is protected. By opting in you agree to receive emails from us. Remember that you can opt-out any time, we hate spam too!