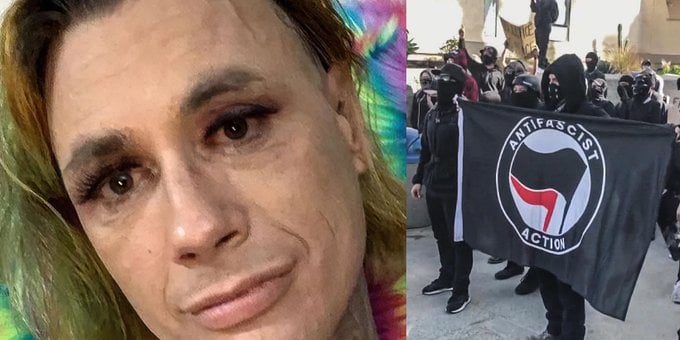 A transgender member of Antifa in San Diego was sentenced to approximately 5 years in prison for violently attacking Trump supporters in Pacific Beach last year.

Erich Louis “Nikki” Yach, 38, was one of the 11 members of Antifa indicted earlier this year and was sentenced to 56 months is California state prison on Thursday.

The first of 11 Antifa defendants who rioted in Pacific Beach more than a year ago was sentenced to prison on Thursday. Erich Louis “Nikki” Yach, now 38, admitted to three violent felonies in a plea deal and was sentenced to 56 months in a California state prison. Yach will have 362 days credited against his time in prison, for the 316 days served along with “good time custody credits.”

Those who were victims of Yach during the Antifa riot in Pacific Beach, California, on January 9, 2021, were expected to speak Thursday morning in court, but none appeared on the courtroom’s video monitor. The hearing had been moved to a different, numbered courtroom so that might have been a contributing factor to their absence.

In January 2021, a mob of Antifa terrorists assaulted a small group of Trump supporters in San Diego, California.

Antifa goons attacked the Trump supporters with pepper-spray after a verbal confrontation escalated on the boardwalk in Pacific Beach.

#breaking trump supporters clash with BLM and antifa on the boardwalk in PB. Heavy police presence some fights and scuffles. Pepper spray etc (not from pd). @fox5sandiego pic.twitter.com/SrMjWnISlZ

The indictment actually calls out Antifa by name and alleges all defendants “are all affiliated with Antifa” and used “force, fear, and violence to further their interests and suppress the interests of others.”

Antifa are furious that Erich “Nikki” Yach is in a men’s jail.

Breaking: A violent trans #Antifa member in San Diego has been sentenced to nearly 5 years in prison for their role in a violent conspiracy attack involving Antifa cells in California. Antifa are furious Erich “Nikki” Yach is in a men’s jail currently. https://t.co/G95Si8u992 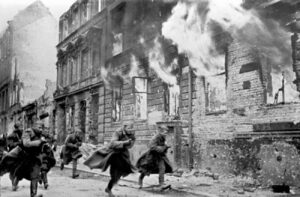 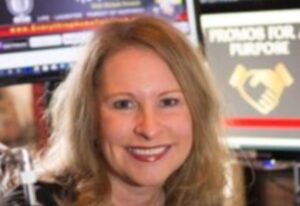 Next post Maricopa County Election Judge Believes the Machines Were Programmed to Reject Ballots on Election Day
Enter Your Information Below To Receive Free Trading Ideas, Latest News And Articles.
Your information is secure and your privacy is protected. By opting in you agree to receive emails from us. Remember that you can opt-out any time, we hate spam too!