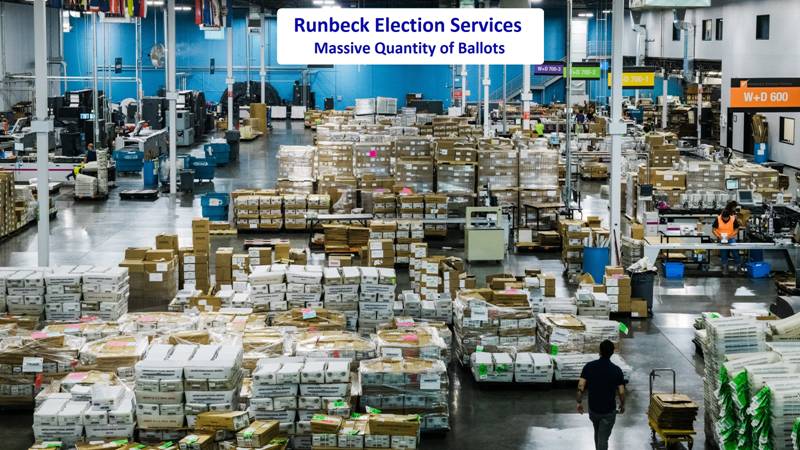 Maricopa County is the only jurisdiction in the country that picks up completed ballots at USPS Processing Distribution Center, but doesn’t bring them back to the election department or tabulation center.

Maricopa County picks up mail-in ballots and takes them directly to its print vendor Runbeck Election Services, which is headquartered in Phoenix.

Every single completed mail-in ballot, whether mailed or dropped off at a polling place, goes to Runbeck. All mail-in ballots collected on election day, and the previous few days, are sitting at Runbeck headquarters. Maricopa has no idea how many ballots are in their possession because the ballots are at their print vendor.

Maricopa allegedly uses Runbeck because they have “high-speed scanners.” Runbeck scans the ballots in batches to create a digital image of each envelope signature area. This batch of images is given to the Maricopa tabulation center (MCTEC) for poll worker review. MCTEC notifies Runbeck if any of those signatures don’t match. Runbeck separates out those bad envelopes, then delivers both sets of these envelopes by van to MCTEC, which is 6 miles away. MCTEC then opens the envelopes and starts the tabulation process.

This “batch” process is repeated until all “mail-in” ballot envelopes are scanned at Runbeck. This takes 10-12 days after every general election, and ballots envelopes are delivered each day by Runbeck vans. Runbeck uses the Bluecrest Vantage mail processing machines to scan these ballot envelopes. This machine can process 40-50,000 ballots an hour. These machines can also automatically scan the ballot signatures using embedded commercial-grade check cashing signature software from Parascript. But Maricopa continues to use its slow manual “batch” process of reviewing signatures.

These Vantage machines cost $1.06 million each, Detroit just purchased one in early 2022. Maricopa could purchase two of these machines and process roughly 90,000 ballots an hour in-house. But Maricopa continues to re-sign contracts with Runbeck, which prevents them from bringing all this in-house.

On Friday RAV reporter Ben Bergquam followed a Penske Truck from the Maricopa Election Center back to Runbeck several miles away. Once the truck arrived at Runbeck the gate was closed behind it. The fence prevents anyone from seeing inside the faciliy’s parking lot.

More of the Penske trucks at the Maricopa County elections office. Almost like history repeating itself from 2020! Is it in confidence or corruption?@RealAmVoice pic.twitter.com/T2dNfOw0b7

From that point on the election takes place behind closed doors.

Runbeck Election Services has much of Maricopa’s election data, before it gets manipulated by Maricopa election officials. Runbeck knows exactly how many were on the qualified voter file (QVF) given to them by Maricopa. Runbeck knows how many ballots they printed, how many were mailed, to who, and when. They know exactly how many completed ballot envelopes were returned to their Phoenix headquarters. And if these came from USPS, or from polling places. They know how many completed ballot envelopes they scanned for signatures, and how many are left to scan. They possess the hi-res envelope signature images for EVERY Maricopa mail-in ballot.

Maricopa has still not provided all chain of custody documents from Runbeck and USPS for the 2020 election. When Cyber Ninja’s conducted their 2021 Maricopa audit, AZ Senate President Karan Fann would not permit Doug Logan to subpoena Runbeck for signature images, or any other information. In fact, Fann purposely blocked anyone from even talking with Runbeck. Runbeck has been shielded from every investigation involving Maricopa election fraud. Even Arizona AG Brnovich refused to interview staff at Runbeck.

Concerned campaigns and election investigations should target Runbeck for data. Runbeck plays a critical role in Maricopa elections, but are never held accountable to the public. With this much control over Maricopa elections, Runbeck must be forced to open their books and become transparent?

The post Behind Closed Doors: More on Runbeck Election Services in Maricopa County and the Scanning of Ballot Envelopes appeared first on The Gateway Pundit. 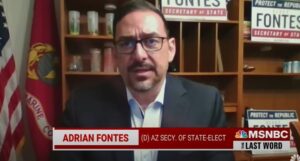 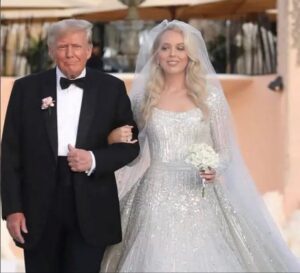 Next post Beautiful Tiffany Trump Marries Michael Boulos At Mar-a-Largo
Enter Your Information Below To Receive Free Trading Ideas, Latest News And Articles.
Your information is secure and your privacy is protected. By opting in you agree to receive emails from us. Remember that you can opt-out any time, we hate spam too!