6 people were killed and 81 injured after an explosion in Istanbul, Turkey on Sunday.

“Efforts to take over Turkey and the Turkish nation through terrorism will not yield results,” Turkish President Recep Tayyip Erdogan said at a press conference.

A woman may have played a role in the terrorist attack.

“Our people can rest assured that the culprits… will be punished as they deserve,” Erdogan said, adding that “a woman played a part” in it.

“It would be wrong to say this is undoubtedly a terrorist attack but the initial developments and initial intelligence from my governor is that it smells like terrorism,” he added.

Video of moment of explosion:

At least six people were killed and 81 others were injured in an explosion on a central thoroughfare in Istanbul, Turkey on Sunday afternoon, according to Turkish officials.

State broadcaster TRT and other media showed ambulances and police heading to the scene on Istanbul’s popular Istiklal Street in the Beyoglu district. Turkish Vice President Fuat Oktay stated on Sunday evening that 12 of the injured were in serious condition, adding that the incident was being treated as a terrorist attack and that it was believed that a female suspect detonated the explosive.

The Turkish Anadolu Agency said the cause of the blast was not yet known, although surveillance footage reportedly from the scene appeared to show a backpack left at the scene exploding.

Turkish state media RTUK reported that a gag order had been placed on the explosion. A terrorism investigation has been launched into the incident by the Istanbul Chief Public Prosecutor’s Office. 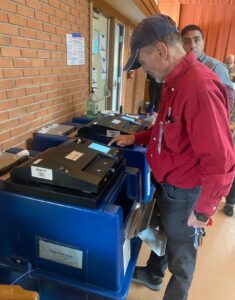 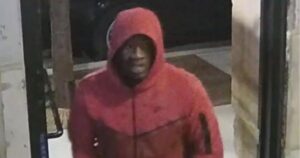 Next post Watch: Armed Man Follows Woman Home – Things Get Ugly When She Realizes What He’s After
Enter Your Information Below To Receive Free Trading Ideas, Latest News And Articles.
Your information is secure and your privacy is protected. By opting in you agree to receive emails from us. Remember that you can opt-out any time, we hate spam too!