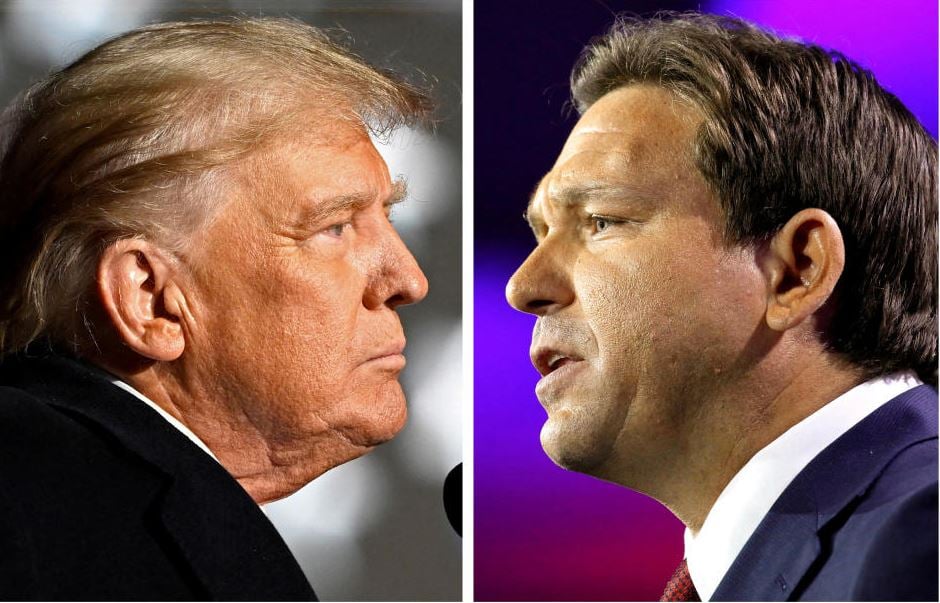 With Governor Ron DeSantis’s victory on Tuesday, the largest in Florida’s gubernatorial history since Bob Graham won by 29 points in 1982, a lot of talk in the mainstream media has turned to “DeFuture,” as described by the New York Post. FOX News on Tuesday night couldn’t wait to tout Gov. DeSantis as the next coming while disparaging Donald J. Trump and the “MAGA Republicans.”  It’s no surprise that the election wasn’t even finished before former George W. Bush’s speechwriter and Washington Post weekly contributor Marc Thiessen started to shape a narrative that the “America First” Republican Party is “an absolute disaster.”

FOX News and Thiessen have willingly ignored the fact that transparency in our elections is non-existent.  Election laws were changed across the country to promote no excuse absentee voting.  Ballots are sent out to unverified voters in mass.  Voting machines are being utilized with seeming vulnerabilities in their coding but ignored by officials.  The list of discrepancies and fatal deficiencies go on and on and no one with authority seems to have any desire to address it despite polling numbers showing next to no faith due to lack of transparency in our election system.

Joe Biden is the most unpopular occupier of the White House since Harry Truman.  Inflation is at a 40-year high.  Wages are crashing at historic rates.  Fentanyl is pouring across our border and making its way into our children’s lives.  5 million illegals have walked across the open border since inauguration.  Exit polls showed more than 7 out of 10 voters were unhappy with the direction the country was headed.  One-third were “angry” about it, according to CNN in a Breitbart article:

“More than 7 in 10 said they were less than satisfied with the way things are going in the country, with about one-third saying they were not just dissatisfied but angry with the state of the nation,” CNN noted.

But after back-to-back public primetime addresses by Joe Biden that focused almost exclusively on demonizing MAGA Republicans and his political opposition and almost zero mention of the crises facing the American public, the media wants you to believe that Americans, unhappy with the current state of the Nation, fell hook, line, and sinker for Joe’s rhetoric and voted against the “Red Wave.”

Perhaps this is the wake up call America needs to reject voting machines with private source code, unknown private equity investors, and zero transparency (with ballot authentication devices in many jurisdictions turned off).

So what does this have to do with Gov. DeSantis?

In an evening of what the Mockingbird Media would have you believe was “doom and gloom” for MAGA, Gov. DeSantis was the one shining beacon of light.  He won convincingly, surpassing his Democrat opponent by 20 points.

But was it an authentic landslide?  Perhaps.  No one can question Gov. DeSantis’s wild popularity.  As a Florida resident myself, I am more than grateful for his unrelenting leadership during the COVID lockdowns and combatting the indoctrination of our children by groomers sporadically embedded in our public schools throughout the state (and country).

But was Charlie Crist a viable contender?  Or a pawn in a political strategy by the Establishment/Deep State/Permanent Washington?  (Call it what you will.  It exists.)  Let me explain.

Let’s look at the facts on Florida.  President Trump won Florida both in 2016 and in 2020. In 2016, he won by appx. 113k votes.  Barack Obama, by comparison, won his historic 2008 campaign by appx. 205k.  However, in 2020, President Trump more than tripled his previous margin of victory and almost doubled Obama’s margin by garnering a 372k vote victory in the 2020 election.  Ironically, President Trump also won sought-after Ohio by 476k votes.  The last and seemingly only time a Republican won Florida and Ohio but lost the Presidency was Kennedy v. Nixon in 1960, which is still a highly controversial election.

For the first time in Florida history, reportedly, Republicans out-registered Democrats.  That’s a rather strange statistic since Floridians haven’t elected a Democrat governor since 1994 when Lawton Chiles won the office.

In the 2022 primary election, the Miami-Dade county school board, among others, flipped from liberal to conservative.  President Obama won Miami-Dade county by 16 points in 2008.  By 2022, it became the largest conservative public school jurisdiction in the country.  Gov. DeSantis would go on to win the county by 11 points, arguably a bigger achievement than winning Florida as a whole by 20.

Florida looked so grim and hopeless for the Democrats that the Democratic Governor’s Association wasn’t even considering supporting a candidate against Gov. DeSantis.  How bad does it have to be that they would concede the third-largest electoral state uncontested, essentially dooming them to an electoral massacre in 2024?

Bad enough that they rolled out a Democrat candidate whose only statewide office held was as a Republican?  And who subsequently lost as a Republican (and then as an Independent in the same race) against Marco Rubio for US Senate?

Florida Gov. candidate Charlie Crist on Gov. DeSantis supporters: “Stay with him and vote for him and I don’t want your vote.”

Given the above information regarding political trends in Florida…a wildly popular President Trump, a surging Republican party, incredible polling numbers from Gov. DeSantis, and a repudiation of the indoctrination in our schools, the Democrats decided to roll out this man, who all but confesses his love for the most unpopular occupier of the White House in the polling era:

The question I ask is this:  is it beyond the Deep State to put out a lackluster hack candidate in order to inflate a candidate like Ron DeSantis, who will likely run for President in 2024, in order to damage the target of their incessant rhetoric for the last 6 years, Donald J. Trump?  Just asking.

Again:  Do not misinterpret this as an attack against Gov. DeSantis.  He is, by far, the best governor in the Nation and will undoubtedly be a serious Presidential contender in upcoming elections.  I am unapologetically hoping he remains our Governor for a full four years, allowing President Trump to run in 2024 without the animosity the two would create in a primary battle and giving Florida a solid conservative foundation for decades to come.

However, the narrative being formed around him by the very same people who snubbed us into locking down and destroying our country in order to unseat Donald Trump cannot be ignored.  They are terrified of President Trump and what he has vowed to do to the Deep State.

But the People welcome it.

The post Elites Begin Assault on MAGA Republicans – The Largest Conservative Movement in US History appeared first on The Gateway Pundit. 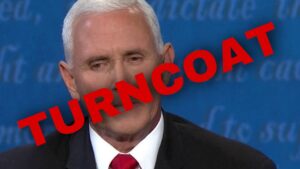 Previous post Why Did Pence Release Sections of His Upcoming Book Yesterday? Was This All Coordinated? 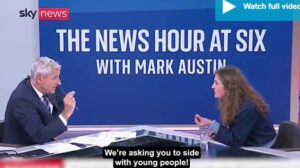 Next post ‘Do You Love Your Children More Than You Love Fossil Fuels?’ Unhinged Climate Activist Melts Down In Live Interview
Enter Your Information Below To Receive Free Trading Ideas, Latest News And Articles.
Your information is secure and your privacy is protected. By opting in you agree to receive emails from us. Remember that you can opt-out any time, we hate spam too!