Orange County, California – Republican Reps. Young Kim and Michelle Steel are both in the lead in their races in this year’s midterm election.

In 2018, the race was called for Democrat Gil Cisneros over Republican Young Kim who was up by 3 points on election night and was set to be the first Korean-American Congresswoman. The Democrats stole that race with ‘late votes.’

Young Kim came back to fight against corrupt Democrat incumbent Gil Cisneros and won in 2020.

She is in the lead tonight!

Ballot harvesting and mail-in ballots have destroyed California and now the entire country is watching in horror as the Democrats use the same strategy to steal races. 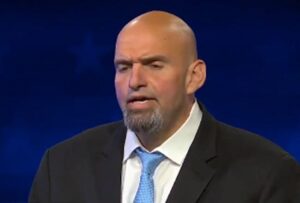 Next post MSNBC Host Floats John Fetterman As A Presidential Candidate – Yes, Really
Enter Your Information Below To Receive Free Trading Ideas, Latest News And Articles.
Your information is secure and your privacy is protected. By opting in you agree to receive emails from us. Remember that you can opt-out any time, we hate spam too!