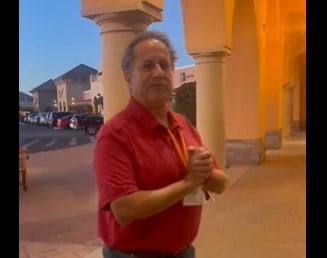 THE FIX IS IN!

The polls opened in Maricopa County at 6 am, and already voters are being told that the tabulators are not working.

Katie Hobbs is the current Secretary of State in charge of elections.  She is failing – again!

Instead of tabulating their ballot directly, voters are being told to put their ballot into a box under the tabulator so that their ballot may be tabulated at a later time downtown.

Voters are told to just drop their ballot into the open door seen below.

The Gateway Pundit has received numerous reports of this happening on Tuesday morning.

This is happening across Maricopa County.

Richard Baris says the malfunctioning is WIDESPREAD ACROSS THE COUNTY!

This started with a single location. Then a few. Now, it’s sounding as if this is widespread and very serious. https://t.co/4b5CmdUjnu

IMHO: Yesterday @maricopacounty & @MaricopaVote should have made sure their tabulators worked instead of having a BS press conference to spread disinformation.

Assistant Director of Recruiting and Training Todd Townsend has already terminated one poll worker from their station at the Sheperd of the Hills Church in Arcadia. When asked why this was, Townsend said, “Do you understand my position?” and, “I don’t have to give a reason.”

He then threatened to have them removed from the polling location by force, and they were later threatened with police intervention after refusing to leave.

This poll worker was not given any reason for termination except “Arizona is called a right-to-work state, so people can be terminated at any time for any reason or for no reason at all.”

As The Gateway Pundit reported, Trump-Endorsed candidates are leading in the polls and will win after election day votes are counted.

This appears to be happening in conservative districts and not liberal ones.

Reports are also coming from Cave Creek, Arizona, about this same issue. Arizona GOP Chairwoman Kelli Ward tweeted about another one of these incidents in Chandler, Arizona.

DO NOT LEAVE YOUR BALLOTS TO BE “SCANNED DOWNTOWN.” Once you’ve signed in at a polling location, you cannot spoil your ballot and go somewhere else. If you do, you will likely be forced to vote provisional which won’t be counted today. https://t.co/hK1OuKZr7g

This is also happening in Queen Creek, Arizona, and Carefree, Arizona.

We are hearing that more than 15 tabulators are down.

The following video came from the Anthem Outlet Mall polling location this morning.

Voters are being told that 25% of ballots are being misread, and they have the option to put their ballot into a separate box to be sent Downtown and be tabulated later. “The choice is to wait…” said the employee.

If a voter does not wait, they will not be allowed to leave the premises with a ballot.

This is creating massive distrust in the system.

The post BREAKING: ELECTION DAY TABULATORS Across Maricopa County Are NOT WORKING – AGAIN (VIDEO) appeared first on The Gateway Pundit. 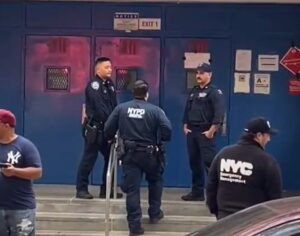 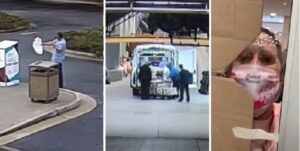 Next post HERE WE GO: TIME Writer Says “Election Night Is Going to Take All Week. That’s Democracy at Work”
Enter Your Information Below To Receive Free Trading Ideas, Latest News And Articles.
Your information is secure and your privacy is protected. By opting in you agree to receive emails from us. Remember that you can opt-out any time, we hate spam too!