Democrat candidate for governor in Georgia, election denier, crazy Stacey Abrams, is stoking voter suppression claims as she continues to fall in the polls ahead of Election Day.

The Gateway Pundit reported on the federal ruling regarding Georgia’s election integrity practices, such as voter ID and citizenship checks, are legal and constitutional.

Though Abrams refused to concede her own election in 2018, the Soros backed candidate has spearheaded efforts as a  “voting rights” activist founding Fair Fight, a “voter protection and education organization” that promotes anything goes, lawless elections.

In an appearance on MSNBC’s Ali Velshi Saturday, Abrams is preparing her “why I lost” excuses and already blaming “voter suppression” despite the fact that more than 500,000 people have voted early in the state than in 2018 and, according to her own words, the increased participation rate of Black men by 52% over 2018.

In one breath she says there has been “outsized turnout in the state of Georgia among Black voters” and yet claims that Kemp and Raffensperger have put barriers in place.  Which is it?

And as for verifying the integrity of voter registration? That is because of “white supremacist groups and hard right-wing groups.”

We know that polls are  a snapshot. The question is who are you taking a picture of and for many of the pollsters who were polling Georgia they are looking at a state that looks like Indiana, not a state that looks like Georgia, where we have seen record turnout from African-American voters, record turnout from Latino and API voters.  We are seeing dramatic increases in participation including 500,000 people who voted early who did not vote in 2018.  And while the polls are always going to tell the story you want to see, what we know is that the untold story is that this is a tight race. It is neck and neck and we believe that we are in a path to victory if we can get all our voters turned out and if they can navigate the difficulties put in place by Brian Kemp and Brad Raffensperger to, not only game the system, but to suppress voting in the State of Georgia.

Velshi:
So the issue of getting all your voters turned out is the one that people are looking at. Black voters in Georgia changed the course of of what of Senate control in 2020.  They certainly have had a great deal of influence in the state. You had 94% four of the black vote in the last election and you lost by 55,000 votes. So mathematically, if you have even more of the Black vote turnout, you might have won that election. Where is the black vote for you right now ? Because some observers have said it’s not as enthusiastic as it was last time around.
Abrams:

Again this is a question of who’s doing the polling and who’s doing the counting. We have seen record turnout. Black men have increased their participation rates by 52% over 2018 and I do not believe it’s because of a deep well of enthusiasm for my opponent. We know that Black voters are often discounted and unfortunately this year, Black men have been a very targeted population for misinformation. Not misinformation about what they want, but about why they want what they deserve and my campaign has been the only one that has very intentionally, thoughtfully and consistently reached out. That has been misconstrued as concern when indeed it’s just respect. I know I’m not entitled to a single vote. I’ve got to work for every vote I get. And I’ve worked very hard to engage Black voters because I know that they are the cornerstone of victory in the state of Georgia and I was not going to leave a single stone unturned.

Velshi:
So they’re a cornerstone of victory and they were the target of a lot of voter suppression. For a lot of Americans, the imagery of voter suppression, like we were just showing, are pictures of Georgia. Of long lineups ,where it’s no it was not it was made illegal to to provide people with with water or snacks as they vote. Of registration things that are are impediments to people voting. How influential is that to people today are there are there Black voters and voters in general in in Georgia who want to come out to vote just so that that stuff is reversed.
Abrams:

It is exactly one of the reasons that people are turning out. And we want to remind folks that election day is still on Tuesday. We’ve seen outsized turnout in the state of Georgia among Black voters. But we need to remember, early voting was the beginning not the not the end.  But we know that people turned out early because they understand Brian Kemp and Brad Raffensperger put barriers in place.

That they’re going to be denied access to food and water in lines and, in years past, have stretched up to four, eight hours. They know that there have been more difficulties put in place for absentee ballots.  That white supremacist groups and hard right-wing groups have been challenging people’s right to vote.  Up to 75,000 people have had their right to vote challenged because of the law passed by Brian Kemp.  And he did so because he was frustrated by the results.

He gets lionized for not committing treason, but we keep ignoring the fact that yes,  you can deny the outcome of an election, which is what so many have done, but it is even more efficient to block access to that election.  And that’s been Brian Kim’s modus operandi. 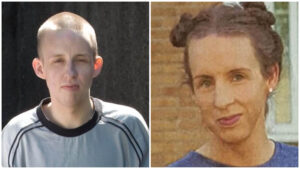 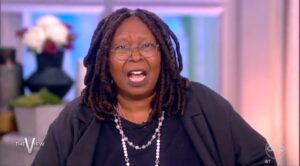 Next post Whoopie Goldberg Trashes Elon Musk, Announces She is Leaving Twitter (VIDEO)
Enter Your Information Below To Receive Free Trading Ideas, Latest News And Articles.
Your information is secure and your privacy is protected. By opting in you agree to receive emails from us. Remember that you can opt-out any time, we hate spam too!