Yesterday TGP reported that Kari Lake’s campaign office in Arizona was shut down after receiving threatening letters with a white powder in two envelopes.  We now have more on this incident.

According to World Net Daily:

The FBI is investigating what the Kari Lake campaign is calling a “terroristic attack” against the Republican candidate for Arizona governor after white powder in two envelopes and “threatening” messages were placed at her campaign offices in Phoenix Saturday night.

The Daily Mail reports law enforcement spent seven hours at Lake’s offices from 10 p.m. to 5 a.m. Sunday, in what her campaign terms a “terroristic attack, trying to intimidate Kari and the campaign staff.”

A source familiar with the campaign told DailyMail.com: “Yesterday, one of Kari’s staffers opened up an envelope that had a suspicious white powder in it and had a letter in there with a bunch of vulgarities and ranting and raving about Kari.

“The employee then noticed second package that was exactly like the first one she had opened and she reported it.”

Jack Posobiak visited the office and reported the following:

“This office right here, right behind me is shut down now, and I’m told it may be shut down for the rest — not only of the campaign –  the rest of the year, but obviously going forward.”

UPDATE: I have just arrived to the Kari Lake office in Phoenix shutdown after a possible deadly incident last night, FBI and bomb squad responded pic.twitter.com/X6D2vDp4p5

Based on the corruption within the FBI you have to ask was this whole thing a planned operation.

The post Deep State FBI May Shut Down Kari Lake’s Office For the Rest of the Year After Terrorist Attack appeared first on The Gateway Pundit. 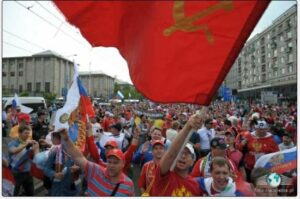 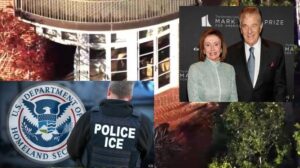 Next post THAT’S WEIRD? California Officials REFUSE to Allow Paul Pelosi’s Attacker David DePape to Be Interviewed by ICE
Enter Your Information Below To Receive Free Trading Ideas, Latest News And Articles.
Your information is secure and your privacy is protected. By opting in you agree to receive emails from us. Remember that you can opt-out any time, we hate spam too!