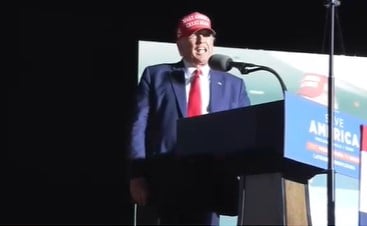 THOUSANDS of US Patriots turned out to see the 45th President.

Democrats are intentionally destroying this country from within.  Americans must stop this destruction starting next week.

During his speech, President Trump mentioned his friends and political prisoners Catherine Engelbrecht and Gregg Phillips who are currently locked up in a Houston prison.

On Monday, Federal Judge Kenneth Hoyt held True the Vote founder Catherine Engelbrecht and True the Vote investigator Gregg Phillips in contempt of court over their refusal to identify a confidential informant who helped them obtain information that led to the discovery and, later, evidence that the E. Lansing, MI based election software company Konnech was storing election-related data on servers in China.

Political prisoners Catherine Engelbrecht and Gregg Phillips are the courageous duo behind the bombshell documentary 2000 Mules that used geofencing data to uncover an alleged massive ballot-harvesting operation in several key states across America in 2020.

President Trump also gave a shout-out to the January 6th political prisoners who are being terribly abused after attending the January 6th protests in Washington DC and being set up by federal operatives.

** PLEASE HELP CATHERINE AND GREGG WITH THEIR LEGAL FEES HERE.

President Trump:  These are patriots.  They spent a year going over hundreds of thousands of hours of tape all over the country and they found that ballot boxes had been stuffed.  You heard about it, “2000 Mules.”  Catherine Engelbrecht.  Well they came and arrested her four days ago.  Can you believe it?  She’s in a Houston prison along with another great patriot (Gregg Phillips).  And you know what they did, they went out and they saw illegal ballot stuffing.  Guys walking out of cars.  Who goes to vote and the guy is looking, hey where’s the camera?… Sometimes voting in 28 times a day in 28 different locations in one day.  And we got to get her out.   She’s got to get out.  It’s a disgrace.  This was not in her agenda as she was growing up going to good schools, having parents who loved her.  She said this was never in my agenda, never.  Prison was not a word in her vocabulary.  She’s an incredible person.  And so are the people at True the Vote who worked with her.  Could you imagine?  They put her in prison.  She’s in jail!  What a disgrace.  Our country’s going to hell in so many different ways and yet you have murderers all over the street.  You have drug dealers.  You have rapists.  You have everything.  And they take an unbelievable American patriot, along with others, including January 6th people, OK?  Including January 6th people and they got treated like nobody’s ever been treated in this country.  And yet BLM and Antifa burned down cities and killed people and nothing happens to them!

The post “They Put Her in Prison! She’s in Jail! What a Disgrace!” – President Trump Calls Out Catherine Engelbrecht and Gregg Phillips at PA Rally (VIDEO) appeared first on The Gateway Pundit. 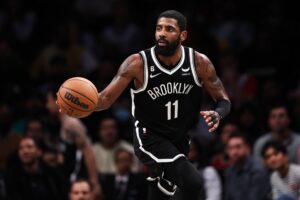 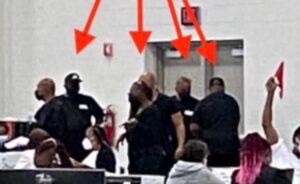 Next post HUGE: Top Detroit Election Official Admits UNDER OATH that Thugs Tasked With “Security” In Upcoming Election At Detroit’s Former TCF Center Are “Volunteers” Who He Also Calls “Poll Workers” [VIDEO]
Enter Your Information Below To Receive Free Trading Ideas, Latest News And Articles.
Your information is secure and your privacy is protected. By opting in you agree to receive emails from us. Remember that you can opt-out any time, we hate spam too!