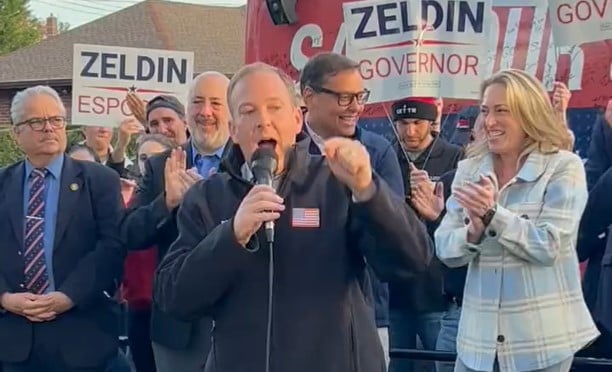 Failed New York Governor Kathy Hochul got the Biden treatment at a campaign appearance Friday afternoon drawing a tiny crowd that mostly appeared to be press.

Congressional candidate Dan Goldman speaks at the Hochul rally. “We are the party of ideas. We are not the party of fear and hate.” pic.twitter.com/YgEGqk4Gvb

The Gateway Pundit reported on a recent Zeldin rally in Hauppauge in Suffolk County, Long Island drawing thousands of  supporters. The front row of seats was also conspicuously empty as the Democratic incumbent’s boosters waited for her to show up nearly 30 minutes after the scheduled start of the event.

And after it was moved indoors due to darkness, additional photos appeared to show mainly journalists in the audience.

By contrast, about 1,000 people turned out Thursday night for a Zeldin rally near Albany, where he mocked the size of his opponent’s audiences.

“While we’re here, Kathy Hochul is rallying with Hillary Clinton and [Vice President] Kamala Harris and the entire crowd would probably fit like over here,” Zeldin said while pointing to a small section.

What was supposed to be a 5pm outdoor Chinatown rally (with a stage!) is now being shifted inside, and no sign of the governor yet. Security said she’s ten mins away, now. pic.twitter.com/LDn38gA9eN

Recent poling shows Zeldin has taken the lead over Hochul in the latest Trafalgar poll holding a 48.4 to 47.6 lead. 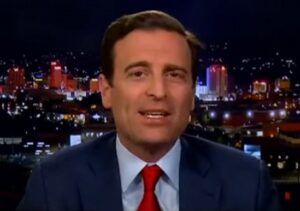 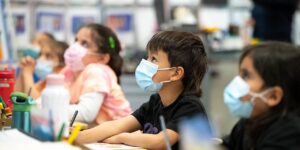 Next post ‘America First Legal’ Publishes Litigation Documents Revealing CDC’s Mask Guidance for Schoolchildren was Motivated by Political Polling Rather than Science
Enter Your Information Below To Receive Free Trading Ideas, Latest News And Articles.
Your information is secure and your privacy is protected. By opting in you agree to receive emails from us. Remember that you can opt-out any time, we hate spam too!