Seriously, can the New York Court system and Attorney General Leticia James be any more corrupt?  These communists will stop at nothing to try and punish those who fight to save the country, like President Trump.  Their Trump Derangement Syndrom (TDS) is off the charts.

Registered Democrat judge Arther Engoron mandated that the Trump corporation be overseen by a corrupt individual from New York after the corrupt Attorney General in New York, who promised to make President Trump’s life miserable, charged the Trump corporation because she thinks she knows how to value properties better than the life-long property billionaire who then became President.

New York Supreme Court Justice Arthur Engoron issued an order after a daylong hearing, requiring that the Trump Organization’s dealings with banks and sale of major assets be subject to supervision by a third-party expert to be named by the court.

One provision in the order requires 14-days notice to the court before Trump can dispose of any “non-cash asset” listed in a financial statement his firm prepared last year.

The judge’s order came over strenuous objections from Trump’s lawyers in Manhattan earlier Thursday, where Trump’s team pleaded with Engoron to reject Attorney General Tish James’ bid to impose potentially far-reaching supervision of Trump’s business empire as litigation proceeds over her claims that the firms engaged in vast bank and insurance fraud in real estate transactions.

Engoron said in his ruling the evidence of fraudulent valuations by Trump and his businesses was “more than sufficient” to indicate that James is likely to prevail in the lawsuit she filed in September, which is seeking strict limits on the Trump businesses’ activities in New York and a ban on the former president and his three eldest children from serving as an officer of any New York corporation. Yesterday, President Trump sued the corrupt gangster in New York who took over the Attorney General position, Letitia James for multiple corrupt and criminal actions related to the President.

James has been after President Trump ever since she was placed in the postion of New York State Attorney General.  This is communist stuff.  Who in their right mind would move to Stalinist New York State?

Maybe Trump Can Use This In His Lawsuit: Video Montage of Unhinged Letitia James Threatening President Trump (VIDEO) 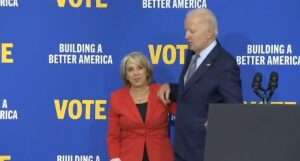 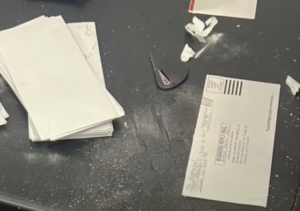 Next post Colorado Authorities Find ‘Powdery White Substance’ Inside of Mail-in Ballot
Enter Your Information Below To Receive Free Trading Ideas, Latest News And Articles.
Your information is secure and your privacy is protected. By opting in you agree to receive emails from us. Remember that you can opt-out any time, we hate spam too!