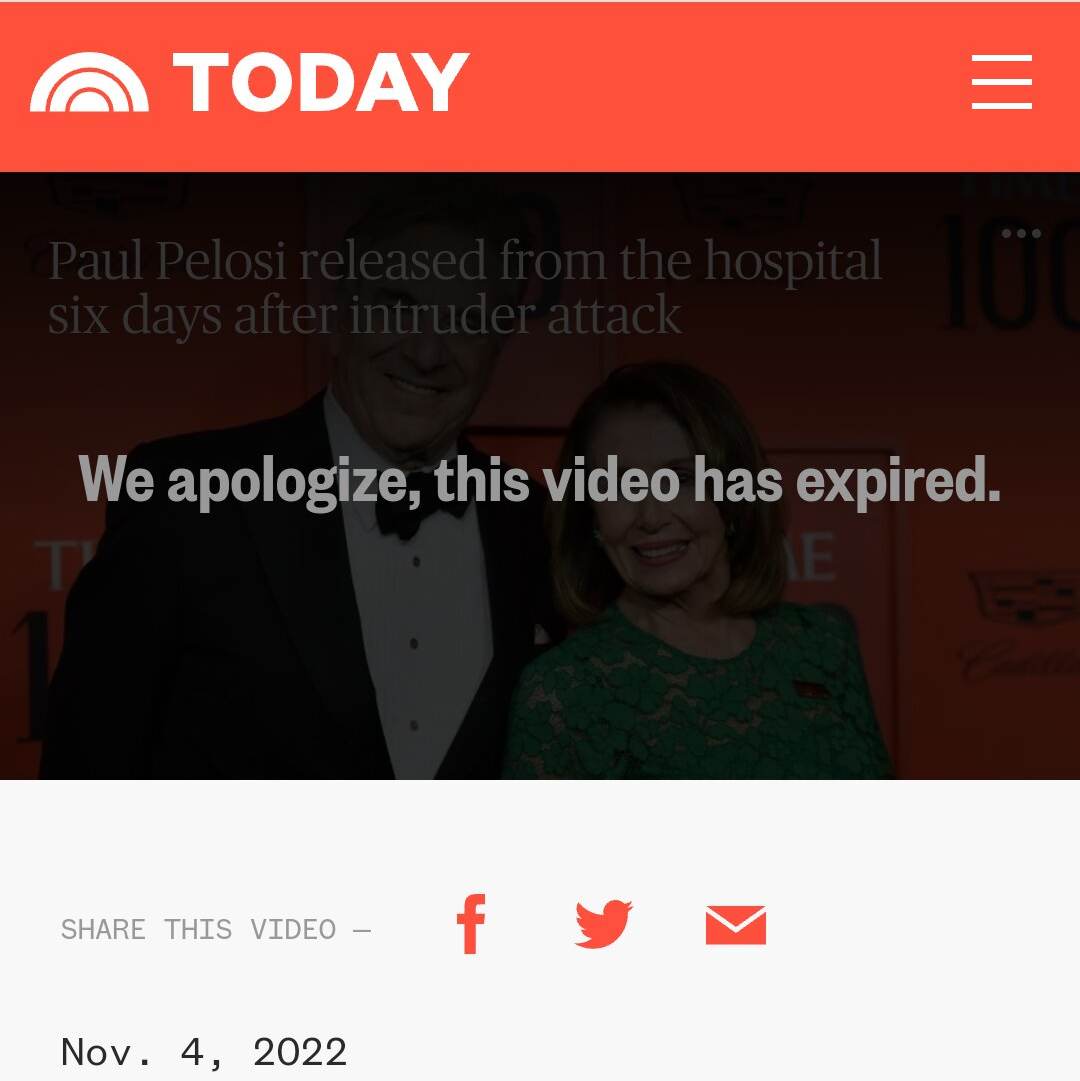 NBC News has pulled their bombshell report Friday morning by Miguel Almaguer on the attack on Paul Pelosi that included details that contradicted the narrative in the federal charging papers against accused attacker David DePape. The video of a report that aired on the Today Show was pulled across several platforms after The Gateway Pundit reported the contradictions-which was not noted by NBC in their report.

Last weekend a report by NBC a third person wan in the Pelosi home at the time of the attack was walked back.

The YouTube video originally posted to the Today Show page was made private.

The video at the Today Show Twitter page was deleted.

The video at the the Today Show home page at NBC was taken down with a message stating “We apologize, this video has expired.” The headline and brief text at the page remains, “Paul Pelosi released from the hospital six days after intruder attack
Paul Pelosi was released from the hospital on Thursday and is now recovering from a fractured skull and several other serious injuries at home. NBC’s Miguel Almaguer reports for TODAY on Pelosi’s condition, as well as the new details about the crime that are coming to light.” Copies of the report were archived and posted:

BREAKING: Paul Pelosi opened the door for cops, did not flee or declare emergency, walked back to the attacker in the house, then was ATTACKED!? WHAT!? pic.twitter.com/9YfJiaJX9f

Comparisons of the federal charges and NBC report from TGP article:

Excerpt from the federal charging papers is contradicted by some of the details reported by NBC:

10. At 2:31 a.m., San Francisco Police Department (“SFPD”) Officer Colby Wilmes
responded to the Pelosi residence, California and knocked on the front door. When the door was
opened, Pelosi and DEPAPE were both holding a hammer with one hand and DEPAPE had his
other hand holding onto Pelosi’s forearm. Pelosi greeted the officers. The officers asked them
what was going on. DEPAPE responded that everything was good. Officers then asked Pelosi
and DEPAPE to drop the hammer.

11. DEPAPE pulled the hammer from Pelosi’s hand and swung the hammer, striking
Pelosi in the head. Officers immediately went inside and were able to restrain DEPAPE. While
officers were restraining DEPAPE, Pelosi appeared to be unconscious on the ground.
Officers removed a cell phone, cash, clipper cards, and an unidentified card from DEPAPE’s
right shorts pocket. DEPAPE provided officers his first and last name. After officers asked
DEPAPE if he had an ID on him, DEPAPE said it might be in his backpack on the back porch
and later stated his backpack was near the broken glass. When officers removed DEPAPE from
Pelosi’s residence, police body worn camera footage showed a glass door that appeared to be
laminated glass, broken near the door handle. San Francisco Police Department recovered zip
ties in Pelosi’s bedroom and in the hallway near the front door of the Pelosi residence. In
addition, law enforcement searched DEPAPE’s backpack at the Pelosi residence, and they found,
among other things, a roll of tape, white rope, one hammer, one pair of rubber and cloth gloves,
and a journal.

NBC News learning new details about the moments police arrived. Sources familiar with what unfolded in the Pelosi residence now revealing when officers responded to the high-priority call, they were seemingly unaware they’d been called to the home of the speaker of the House after a knock and announce the front door was opened by Mr. Pelosi. The 82-year-old did not immediately declare an emergency or tried to leave his home, but instead began walking several feet back into the foyer toward the assailant and away from police. It’s unclear if the 82 year old was already injured or what his mental state was, say sources. According to court documents, when the officer asked what was going on, defendant smiled and said, Everything’s good, but instantaneously. A struggle ensued as police clearly saw David de PAP strike Paul Pelosi in the head with a hammer. After tackling the suspect, officers rushed to Mr. Pelosi who was lying in a pool of blood.

NBC San Francisco affiliate KNTV-TV picked up the report and later deleted it. A copy was found in Google Cache (excerpt):

New details have emerged about the moments when responding officers arrived at the San Francisco home of Paul and Nancy Pelosi on the morning Paul Pelosi was attacked with a hammer.

When officers arrived at the Pacific Heights house in the early morning hours of Oct. 28, they were unaware who’s home it was, and after a knock and announce, the front door was opened by Pelosi, according to an NBC News report citing sources familiar with the events at the home.

After answering the door, Pelosi began walking several feet toward the assailant and away from police into the foyer, according to the report. It’s unclear if Pelosi was already injured or what his mental state was, the sources told NBC News.

The officers saw Pelosi and the suspect, who smiled at them, and a struggle ensued as officers saw suspect David DePape strike Pelosi with a hammer, the sources told NBC News.

A bail hearing for DePape is scheduled for Friday in San Francisco Superior Court. He faces state charges of attempted murder and multiple other felonies in the home invasion attack. He was not expected to appear in person.

Charlotte, North Carolina NBC affiliate WCNC-TV still has their video of the report up on their YouTube page for the time being:

UPDATE vie Media Research Center: “the piece should not have aired because it did not meet NBC News reporting standards.”

In removing it from their Twitter account and website, NBC News says “the piece should not have aired because it did not meet NBC News reporting standards.”

Will Almaguer face a suspension or punishment? What about his producers? Will they give an on-air correction? (2/2) pic.twitter.com/x5KXBJRdw1 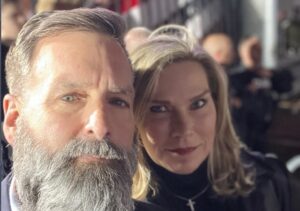 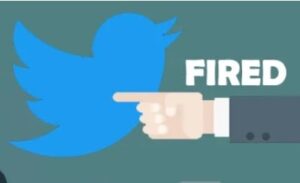 Next post “Please Return Home” – REPORTS: 85% of Twitter India Is Fired – 250 of 300 Employees
Enter Your Information Below To Receive Free Trading Ideas, Latest News And Articles.
Your information is secure and your privacy is protected. By opting in you agree to receive emails from us. Remember that you can opt-out any time, we hate spam too!