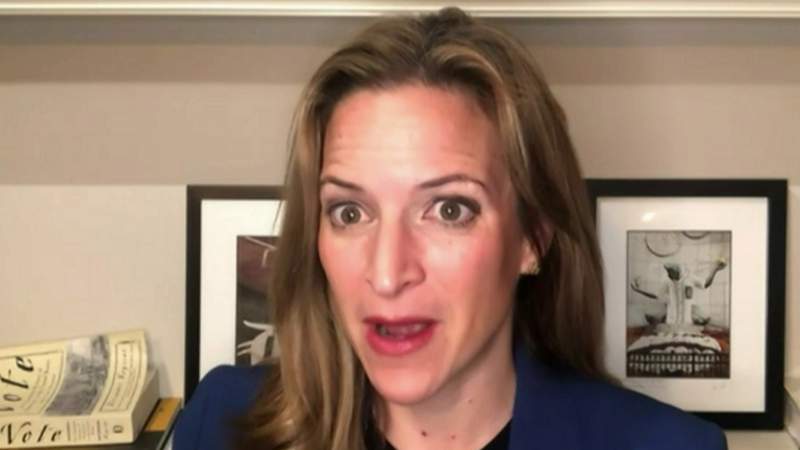 100 Percent Fed Up – On Oct 10, we reported about five individuals in Michigan who sued Michigan’s dishonest Secretary of State Jocelyn Benson and MI Director of Elections Jonathan Brater over their sudden creation of a new set of rules titled “The Appointments, Rights, and Duties of Poll Challengers and Election Workers,” only months before Michigan’s August 2, 2022, Primary Election. The lawsuit, which Attorney Ann Howard filed in the MI Court of Claims, was joined together with a similar lawsuit filed by the RNC. The suit asked for an emergency injunction to compel MI SOS Jocelyn Benson and Jonathan Brater to rescind the changes to their newly created  “guidance” for poll challengers that was first implemented in the August 2022 Primary Election. On the day of the Primary Election in Detroit, under the new guidance of MI Soros-funded SOS Jocelyn Benson and Jonathan Brater, an unknown third-party security group by the name of “ICU,” threw Braden Giacobazzi, an Independent poll challenger out of the former TCF Center (now the Huntington Place) for asking too many (legitimate) questions about ballots and the processes that he claims were not being followed. Braden’s story can be found here.

The video taken by 100 Percent Fed Up at the time of the incident shows the very respectful interaction between the Detroit Police Officer, and Braden Giacobazzi, who actually cites election law and explains how the ICU agents, hired by the Detroit City Clerk’s office were violating election law when they threw him out of the counting facility.

The new set of rules by Jocelyn Benson, the Soros-funded MI Democrat SOS, essentially ties the hands of poll challengers who have a constitutional right to examine the absentee ballot counting process. It is just one more example of how Benson consistently pushes the envelope and goes outside of the bounds of her job description by restricting members of the Republican Party, who she treats like an enemy, from overseeing the absentee ballot counting process. After the lawsuit was filed, MI Court of Claims Judge Brock Swartzle accepted the request of two out-of-state lawyers from Marc Elias’ Law Firm lawyers to join the suit on behalf of the Defendants Jocelyn Benson and Jonathan Brater. It’s curious why Hillary Clinton’s favorite lawyer felt obligated to get involved in a lawsuit in Michigan that essentially tied the hands of election poll challengers and prevented them from having a direct conversation or filing an objection with election officials at the counting board where they’re observing. On October 20, Judge Swarzle offered his opinion, ruling in favor of the plaintiffs.

In his opinion, the MI Court of Claims judge wrote that MI SOS Benson and Jonathan Brater “have authority to issue instructional guidance, but they do not have the authority to issue rules with the force and effect of law, apart from those promulgated through notice-and-comment rulemaking. To the extent that defendants have issued an unpromulgated rule in the guise of an “instruction,” they have exceeded their lawful authority under the Michigan Election Law and APA.”

In his ruling, Judge Swartzle reminded Benson of her job description as it relates to MI Election Law:

MCL 168.31(1)(c) adds that the Secretary of State shall [p]ublish and furnish for the use in each election precinct before each state primary and election a manual of instructions that includes specific instructions on assisting voters in casting their ballots, directions on the location of voting stations in polling places, procedures and forms for processing challenges, and procedures on prohibiting campaigning in the polling places as prescribed in this act.

Michigan SOS Jocelyn Benson was also found to have overstepped her authority in several ways. Here is a list of five decisions Judge Swarzle made in favor of the Plaintiffs:

#1: MI SOS Jocelyn Benson cannot prevent poll challengers from bringing their cell phones into a room where absentee ballots are being counted

The Court is cognizant of, and frankly shares, defendants’ concerns about the security of absentee-ballot counting. But there is nothing in the Michigan Election Law that precludes a challenger from merely possessing an electronic device in the AVCB facility. Nor have defendants promulgated a rule through public notice-and-comment rulemaking that might have given them the lawful authority to impose such a ban. Prohibiting electronic devices in the AVCB facility might be a good idea, but before a good idea can become law or have legal force and effect, that idea must be embodied within an enacted statute or promulgated rule.

#2. Election workers, by law, must permit and record ANY and ALL objections made by poll challengers related to absentee ballots.

#3. Election poll challengers cannot be told they are unable to address concerns directly with election inspectors or be told they must make challenges or objections related to ballots or the processing of ballots with Jocelyn Benson’s made-up “Challenger Liaisons.”

Plaintiffs argue that the manual’s limitation on which inspectors the challengers may interact with violates MCL 168.733(1)(e), which provides that a challenger may bring certain issues to “an election inspector’s attention” without restriction to a particular inspector. The authority to designate a “challenger liaison” is absent from the Michigan Election Law–in fact, the very label appears nowhere in the statute.

Defendants have not presented this Court with any statute, common law, case law, or promulgated rule that gives them the authority to restrict with which election inspector a challenger can communicate.

The judge appeared to admonish Benson over her made-up role of “challenger liaison”:

Our Legislature provided a challenger the right to communicate to “an” election inspector, and defendants cannot artificially restrict that to a designated inspector. Whether it makes sense to have such a liaison is one thing; it is another thing entirely to require, at the risk of being ejected, a challenger to speak to only the designated liaison.

This provision of the May 2022 Manual goes well beyond what is provided in law and impermissibly restricts a challenger’s ability to bring certain issues to any inspector’s attention.

#4. Benson does not have the authority, through her new guidance, to have poll challengers thrown out of the counting facility for asking too many questions.

#5. Election poll challengers can be credentialed on Election Day and are not required to fill out a special form created by the SOS office.

Judge Swarzle ruled that Benson and Brater’s new “guidance” for poll challengers is simply a list of suggestions and that she has no legal authority to change election law or the rules set forth by the MI legislature regarding poll challengers.

Instead of complying with the ruling by Judge Swarzle and removing her made-up rules, Benson immediately appealed the decision to the MI Supreme Court, hoping for a more favorable outcome. Michigan’s dirty SOS and her legal team, which includes lawyers from Hillary Clinton’s favorite law firm headed up by leftist hack attorney Marc Elias, have issued over 460 pages of legal filings. In other words, instead of following the law, Benson is seeking to delay issuing lawful guidelines until after the November 8, 2022, election.

It’s November 2, only six days away from the mid-term election, and Michigan’s Dirty SOS Jocelyn Benson STILL refuses to remove her lawless guidance for poll challengers from her website!

Will the judge hold her in contempt, or will he apply the two-tiered system of justice Americans are witnessing across America where Democrats get a pass while judges throw the book at Republicans? In the motion filed today by the Attorney for plaintiffs, Ann Howard stated, “Defendants have been in contempt of the Court of Claims’ Opinion and Order since October 20 by continuing to keep the May 2022 document on their website. In their motion, the Plaintiffs argue that it’s been 13 days since the judge ordered MI SOS Jocelyn Benson to correct her made-up rules in her so-called “guidance” (shackles) for poll challengers, yet, the unlawful changes made in May of 2022 still remain on the taxpayer-funded website.

This response to the Court of Claims’ order by the Defendants lures Michigan clerks, election workers, and challengers into believing that the May 2022 guidance is appropriate. Defendants have the capability to communicate directly with local clerks and election officials with the click of a mouse but have failed to do so.

An order entered by a court of proper jurisdiction, such as the Court of Claims, in this case, must be obeyed, even if the adverse party disagrees with the outcome and seeks a stay.

The motion admonishes Benson for ignoring the judge’s order. “Instead of taking the hour to make the necessary corrections, on October 21, 2022,” the Defendants filed a 34 pg. Motion for Stay Pending Appeal. The “Defendants requested the Court of Appeals issued an order in conformity with their request by noon on October 26th, 2022.”

Defendants failed to meet their burdens of showing a likelihood of success on the merits of their appeal and that they would suffer irreparable injury in the absence of a stay. October 26th at noon has come and gone, and the Court of Appeals has not issued a stay.

On October 28th, Defendants bypassed the Court of Appeals when they filed Michigan Supreme Court. Defendants requested the Supreme Court issue an order in conformity with their request by November 1, 2022, at 3:00 p.m. That date has come and gone, and no stay has been issued.

A general election is set to occur six days from today. As the election looms, it is with great urgency that Defendants be forcefully reminded of their lawful duties to uphold the Michigan Election Law as explained by this Court in its opinion and order.

Absent the Defendants complying with the Court of Claims Opinion and Order, the O’Halloran Plaintiffs, thousands of challengers, and all other candidates on the ballot, will be deprived of their rights under the Michigan Election Law, and the fairness and openness of the upcoming election will be in doubt and significantly diminished.

If neither the Court nor the Defendants take any action, the May 2022 guidance will be perceived as lawful and binding, despite the court’s ruling to the contrary. 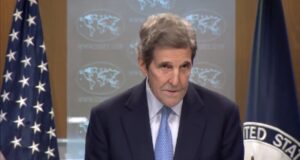 Previous post Biden Climate Envoy John Kerry: “And By 2035, That’s All We’re Gonna Have in America, Are Electric Cars Being Manufactured” (VIDEO) 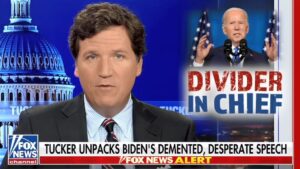 Next post “The Guy Who Showers With His Daughter Is Telling You You’re a Bad Person” – Tucker Carlson Roasts Joe Biden after Disgusting Union Station Speech
Enter Your Information Below To Receive Free Trading Ideas, Latest News And Articles.
Your information is secure and your privacy is protected. By opting in you agree to receive emails from us. Remember that you can opt-out any time, we hate spam too!