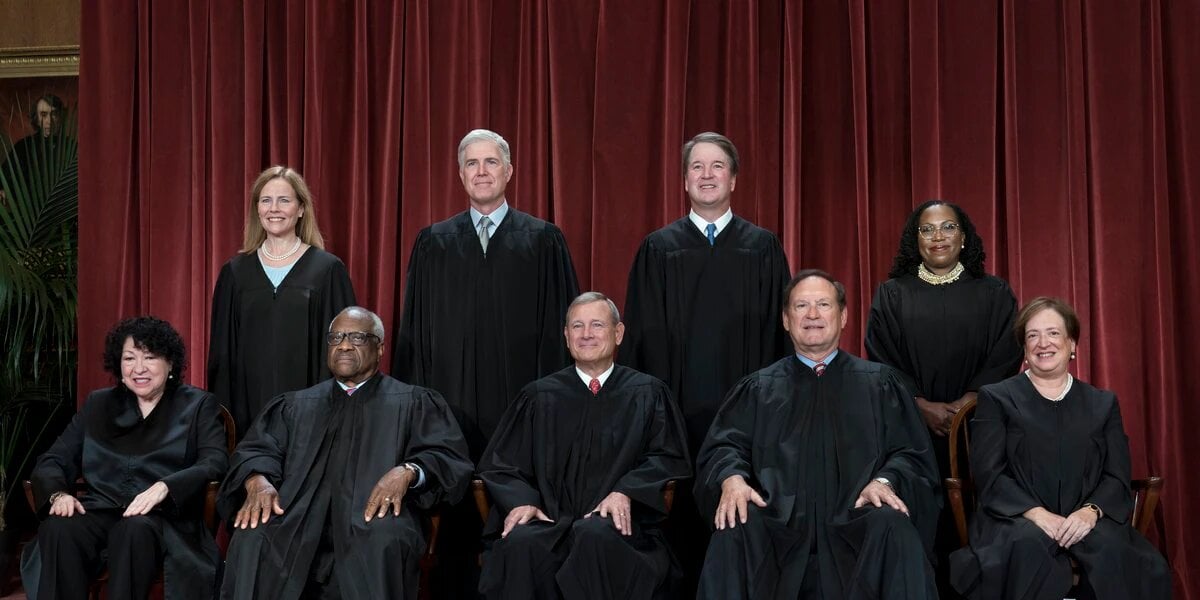 Three women were arrested Wednesday after disrupting Supreme Court arguments by heckling the justices in protest of the Dobbs decision on abortion while lawyers were arguing a banking case. A few seconds of the heckling was captured on the court’s audio feed of the proceedings. “The right to choose will not be taken away! Women…”

On C-SPAN feed via Supreme Court you can hear beginning of a disruption in this morning’s oral argument but then feed momentarily cuts out https://t.co/eVKfWJeuvt pic.twitter.com/qSxexNxj9h

An unnamed group that said it was behind the protest issued a statement saying the women were “denouncing the Dobbs decision and calling on the women of America to vote to restore abortion rights nationwide.”

Kai Newkirk, who said he was one of the organizers, pleaded guilty in 2014 to disrupting a Supreme Court argument that year.

Excerpt from a press release promoting the protest:

Washington, DC — This morning, during the audio livestream of the day’s oral arguments, three women stood up in the Supreme Court chamber and spoke out against the court’s repeal of Roe v Wade, denouncing the Dobbs decision and calling on the women of America to vote to restore abortion rights nationwide.

The Supreme Court cut off their audio livestream multiple times to silence the protest, but the women still managed to be heard on it.

The first protestor rose to say, “I rise respectfully to denounce Dobbs! Women of America — vote!” The second and third stood up and proclaimed, “Our right to choose will not be stripped away!” and “We will restore our freedom to choose!” before closing with the same refrain: “Women of America: Vote!” They were each taken out of the chamber by police and arrested and are expected to be held overnight and face potential jail time for their courageous act of nonviolent civil disobedience..

It was the first protest inside the Supreme Court in nearly 7 years, one of only a handful in our history, and comes just 6 days before Election Day as the Court’s deeply unpopular Dobbs decision and the battle over abortion rights continue to be a defining issue for the midterm election.

Emily Paterson, a writer and mother from northern Virginia and the first of the protestors, explained her motivation for joining the action, saying, “I am deeply worried about the trajectory of our democracy—especially the repeal of a ruling that protected the rights of ALL people to make healthcare decisions about their own bodies. Already, girls who are raped cannot get the care they need. Women whose fetuses die or who need an abortion to save their lives are struggling to get the care they need. Abortion-care is healthcare. We must vote in historic numbers to elect a Congress that will pass a law to protect our right to choose nationwide.”

Rolande Baker, a great-grandmother and retired schoolteacher from Tucson, AZ, the second protestor, said about her purpose in the action, “Generations of women, including my own, have fought to win our right to vote and our right to choose. Now we must use our ballots and our voices to restore our freedom to choose.”

Nikki Enfield, a massage therapist from Alexandria, VA, the third protestor, explained her choice, saying, “I have always been grateful I was able to take advantage of a legal & safe abortion when I needed it, and I am appalled that this extremist Court has stripped that right away from millions of women against the will of the majority of Americans. I simply will not stand silently by in the face of this injustice.”

Organizers may have video, photos, and a full audio recording of the protest to share later today. 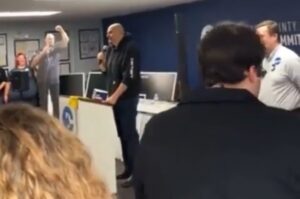 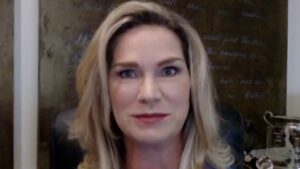 Next post BREAKING: True the Vote Founder Catherine Engelbrecht Delivers Message From Inside Fed Prison (VIDEO)
Enter Your Information Below To Receive Free Trading Ideas, Latest News And Articles.
Your information is secure and your privacy is protected. By opting in you agree to receive emails from us. Remember that you can opt-out any time, we hate spam too!