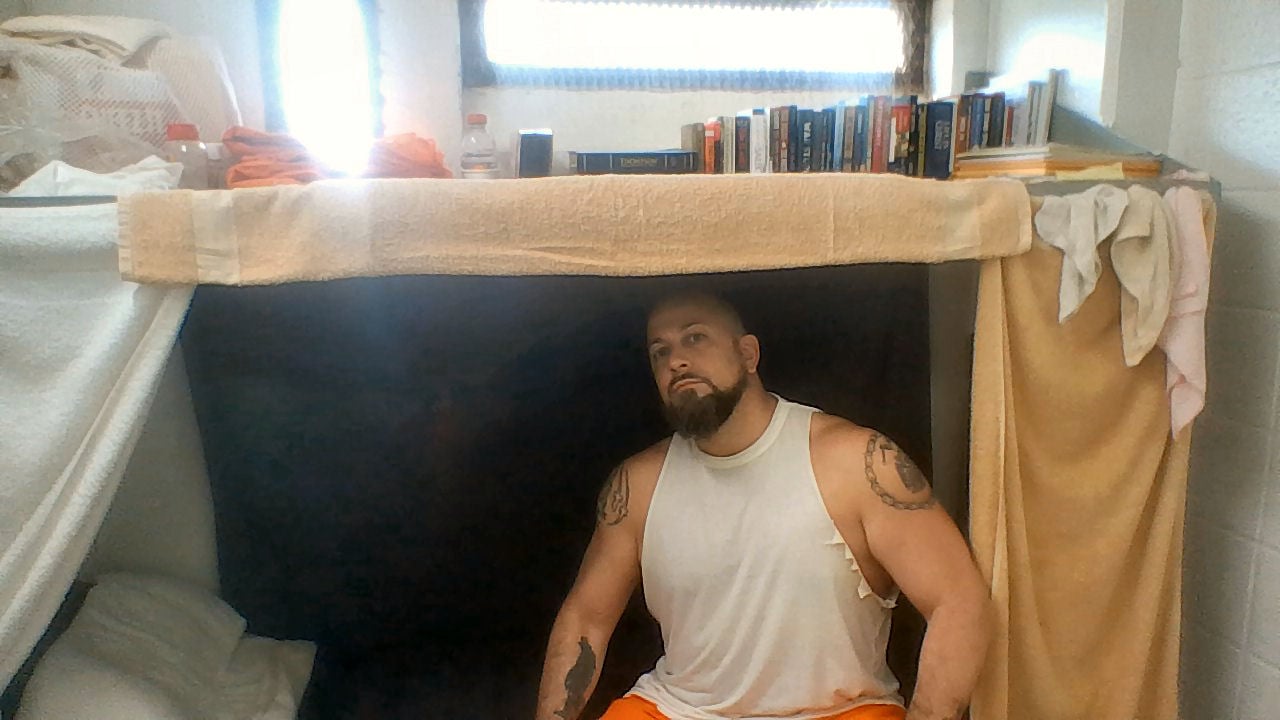 We reported on Pete Schwartz back in December 2021. He had already been in prison for nearly a year at that point.

The regime kept Pete in the hole for six months in the last two years.

Peter Schwartz, age 47 and a Kentucky welder who has served in the Army Reserve, was indicted after he was accused of pepper-spraying officers during the Jan. 6 protest.  He was arrested on Feb. 2nd in Uniontown, Pennsylvania. According to his letter, he was with his wife when 30 agents assaulted him with flashbang grenades, armored vehicles, and more than 10 assault rifles aimed at his chest.

“At no point did either my wife or I resist but we were both roughly handled and forced/dragged up the stairs after being shackled and handcuffed as we were shoved around,” Schwartz said.

Last year Pete told The Gateway Pundit, “Today is Nov. 8, 2021. I was arrested in Feb, 2nd 2021. The only portion of my discovery, (the evidence against me), that I’ve seen, is a warrant that was publicly published by Forbes Magazine. After this much time of being incarcerated, I don’t know what evidence is being used against me, nor do I even know what specifically I’m being charged with.”

In October, Peter Schwartz called The Gateway Pundit from his prison cell.  Pete told us the corrupt DOJ added two unrelated codefendants to his case in order to take him down. These Codefendants he has never met and has no relationship with.  The DOJ added them to destroy his case.

This is prisoner abuse.  You don’t have to be a Republican or a Trump supporter to understand that this is not acceptable. This week Pete Schwartz sent a video from inside the DC Gulag where he is still being held without trial nearly two years after his arrest.

In this 12-minute video, Pete describes his situation and reveals what he witnessed on January 6, 2021.

It was all a set-up, a government operation.

Here is a partial transcript from Pete’s video inside the DC Gulag:

…There were a lot of rogue officers there. But as a whole, I don’t believe that the police themselves were collectively operating in a malicious manner to instigate January 6. I don’t believe that, in fact, the people who designed the agitation and the escalation of the events of January 6, called in a bomb threat to pull away a lot of the capital pleas so that they would be undermanned in order to allow this type of event to develop. So there may be people that are DC residents and DC officers, and just being in such a liberal environment. There may be people that as individuals hold resentments towards Trump supporters or conservative values, but I don’t believe that collectively as a whole. I don’t believe the police department was malicious in that manner. The agitators were predominantly undercover, and they were provoking these undertrained, understaffed police who probably may have had some prejudices against Trump supporters, but I don’t think that that necessarily caused what happened to happen.

So who are the undercover agitators? They’re basically four different ones that we identify. The FBI themselves in undercover form, wearing four or five hats, costumes, just really suspicious behavior and suspicious outfits. They weren’t at the Trump speech. They were there taking down barriers.

That was one we have the Fed assets. We have one guy in here who said he told us all about his co-defendant. He said his co-defendant had been arrested in a drug conspiracy in 2020. His co-defendant’s name was Nathan Degraves, and that going to January 6. And promoting the insurrection narrative is what got him out of those charges…

…Then there was a second group of Agitators who had on costumes who were designed to promote an insurrection narrative. They were at photo shoots at various posed places in the Capitol. And a lot of these costumes were basically designed to try to give the media image that all Trump supporters are just dumb rednecks. So you see buffalo horns and people covered in furs and just ridiculous costumes. So this is interesting because these types of costumes were not present at the Trump speech.

…All of these people, all of these people who are doing these things that I describe and wearing these costumes that I’m talking about, were all people who didn’t attend the Trump speech. They were up at the Capitol tearing down fences and ripping up the signs that told people that it was trespassing and stuff like that, all elaborately laid, trapped to bait the Trump supporters when they came from the Trump speech. It’s suspicious right off the jump. But they weren’t at the trump speech, because this speech was different than other Trump speeches. A lot of people say if you’ve seen one Trump speech, you’ve seen them all…

…It’s not possible for Ray Epps by himself to create an entire riot. While there may be innocent people that he entrapped the night before, we’re going here into the capital, and this is what we’re going to do, and we all need to go do this, it doesn’t matter. We’re going to take the capital, we’re going to commit insurrection. And all the crazy things this guy’s saying, there may be innocent people that got caught up in the moment. Not everybody has good intentions, not everybody has a good heart.

Maybe they got trapped. But for the most part, Ray Epps has people that are working with him. Ray Epps showed up on January 6, the night before on a large bus, a charter bus full of people. These people are most likely all working with him. So as we watch the videos, the numerous 140 hours of videos, we go over them and over and over, and the one thing we notice is a lot of the people that are leading small team operations of agitators all seem to be wearing the yellow and black gadget and patch, similar to the Gadsden flag.

…We didn’t know we were going to be set up by our own government using Gestapo tactics at the Capitol. And that they were going to then imprison us for years in solitary confinement just for our beliefs, just for who we support, just for our basic Christian values. What we’re asking is, we’re asking for the people who are out in the world, who have access to normal quality video. The videos in our discovery have all been pixelated, so we can’t tell as well what’s going on in there. They don’t want us to know.

They entrapped us. The last thing in the world they want is to be caught doing what they did. Our government, our FBI operates exactly like the KGB. They’re going to crush us. They’re going to destroy each and every one of us. But we need to take them down. And if we help identify them, we can. Myself, Pete Schwartz, and my friend Tim Hale have put together a lot of work. And Tim has done a presentation.

…Bring it to anybody’s attention. Please help us. And God bless. 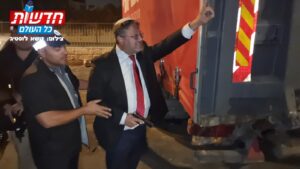 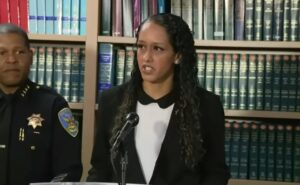 Next post MYSTERY CONTINUES: The FBI, San Fran Police, and San Fran DA Won’t Confirm Whether Third Person Opened Door at Pelosi Home
Enter Your Information Below To Receive Free Trading Ideas, Latest News And Articles.
Your information is secure and your privacy is protected. By opting in you agree to receive emails from us. Remember that you can opt-out any time, we hate spam too!