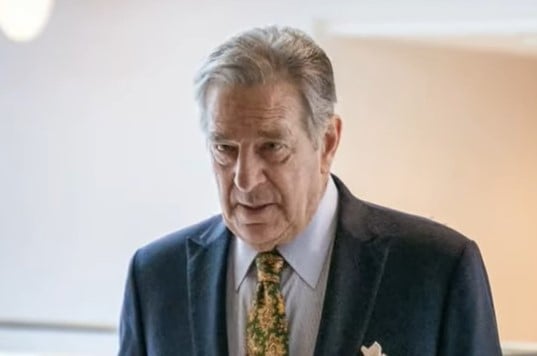 There continues to be massive speculation about what took place at the Pelosi residence in San Francisco in the early morning of Friday.  The San Francisco Police have given few details and then were forced to come out and “correct” several of their previous statements.

The Pelosi narrative is still being concocted in the back rooms and halls that house the powerful elites.

Paul Pelosi, 82, husband of Nancy Pelosi, was violently attacked with a hammer in his San Francisco home.

David DePape, 42, a Berkeley resident and a former nudist, was arrested and named as the suspect in the attack.

San Francisco Police Chief William Scott briefed the media on the incident and said that officers were called to the scene at 2:27 a.m. According to Chief Scott, Mr. Pelosi didn’t mention the threat when he contacted 911.

TGP previously reported that the police officer described “David” as a “friend” in his dispatch call.

Police dispatch: “Stated there’s a male in the home and that he’s going to wait for his wife. RP stated that he doesn’t know who the male is but he advised that his name is David and that he is a friend.”

Listen to the audio:

“RP (reporting person) stated there’s a male in the home and that he’s going to wait for his wife. RP stated that he doesn’t know who the male is but he advised that his name is David and that he is a friend.”
pic.twitter.com/O0HeS0s0I5

According to authorities, Pelosi was able to let the dispatcher know he needed help without alerting the intruder.

“somehow Paul Pelosi had the quick reaction, the quick instincts to wait until the intruder was distracted and then managed to dial 911 to summon police while it was happening” pic.twitter.com/ddS1owi2fL

“[DePape] pulled the hammer away from Mr. Pelosi and violently assaulted him with it,” San Francisco Police Chief William Scott said during the press conference. “The officers “immediately tackled [DePape], disarmed him, took him into custody, requested emergency backup, and rendered medical aid.”

Scott added that both Paul Pelosi and DePape were taken by ambulance to a local hospital.

The charge for elderly abuse was addressed by Greg Kelly. He noted that elderly abuse appears to apply to individuals who have a relationship.  The burglary charge was out of the blue because there was no mention in the presser that he was stealing anything.

According to reports, the suspect has not made any public statements or filed a plea.

It was also reported that DePape was only wearing his underwear at the time of the assault.

MORE: “The suspect was arrested in his underwear” and authorities have found an anti-government manifesto pic.twitter.com/DjilWBP5NH

“KTVU-TV initially reported that Depape was in his underwear when arrested but then removed the detail and added a correction saying they misstated what he was wearing,” according to Heavy.

No credible media outlet has reported that Pelosi was in his underwear, and authorities have not confirmed either. Even removing the subjective judgment of what is credible from the equation, no website or news site that is repeating the claim has offered any evidence or named sourcing to back it up.

The claim appears to have ignited when a single news organization, KTVU-TV, reported that DePape was wearing only his underwear when police arrived. Although that news organization is generally regarded as a credible television station, it later posted a correction and removed the information on the underwear from the article.

KTVU-TV is a Fox affiliated television station located in Oakland, California. The article was written by investigative journalist Evan Sernoffsky. He has a long career in investigative reporting in the Bay area, having worked as a San Francisco Chronicle criminal justice reporter before coming to KTVU in 2020.

He also retracted the underwear claim on Twitter, writing, “I’m now told by other sources that DePape was NOT dressed only in his underwear. Working to clarify.”

The story of the attack on Paul Pelosi has more questions than answers at this point.

On Sunday, TGP reported that San Francisco police have reportedly changed their story of how many people were in the Pelosi home at the time of the early Friday morning attack on Paul Pelosi.

At a Friday press conference Police Chief Bill Scott told reporters that when responding officers knocked on the front door, the door was opened by “someone inside” and that officers observed Paul Pelosi and David DePape wrestling over a hammer. The officers did not enter the home, instead they ordered the two men to drop the hammer and that DePape then took control of the hammer and beat Pelosi with it.

Sunday morning, NBC News reporter Tom Winter reported on Meet the Press there was a third person in the Pelosi home at the time of the attack and that DePape had been able to “get into the Pelosi bedroom where Paul Pelosi was.”

Sunday afternoon Winter reported that police have changed their story, “NEW: The San Fransisco (sic) PD tells NBC News that Paul Pelosi and the accused attacker David DePape did not know each other prior to the assault at the Pelosi home on Friday, @anblanx reports…MORE: The SFPD also says that there were only TWO people inside the Pelosi home (Paul Pelosi and DePape) when they responded, clarifying statements made at Friday’s press conference which seemed to indicate there was a third person inside the home who opened the door.

The post FOX News Affiliate Forced to Retract Report that Pelosi and DePape were Found in their Underwear – Another Pelosi Wrap-Up Smear? appeared first on The Gateway Pundit. 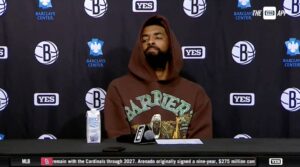 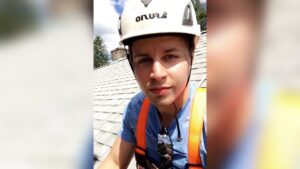 Next post Peaceful J-6 Protestor Still Sits in Detention While Murderers Walk Free – Brandon Fellows Was Given Permission to Walk in US Capitol by Police, Now Faces 20 Years – PLEASE SUPPORT Brandon Here
Enter Your Information Below To Receive Free Trading Ideas, Latest News And Articles.
Your information is secure and your privacy is protected. By opting in you agree to receive emails from us. Remember that you can opt-out any time, we hate spam too!