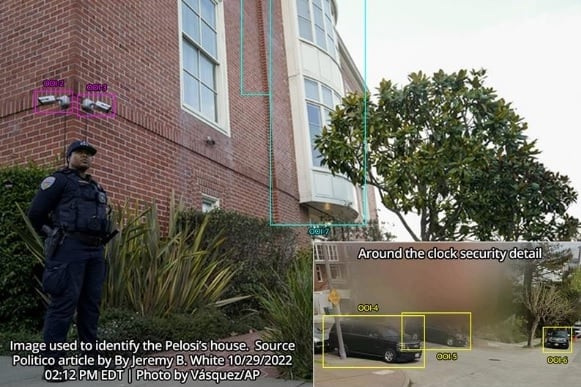 The Pelosi home in San Francisco is surrounded by CCTV cameras and security detail.  It would have been almost impossible for anyone to enter that house and not be noticed.

David DePape was identified by the police at the Pelosi home on early Friday morning at around 2:30 am.

One main question still unresolved is how did David DePape break into the Pelosi house and not get caught.

…if an individual broke into the home of the Speaker of the US House of Representatives, there surely is a surveillance system that would tell the police and numerous entities that the house had been broken into.  There’s no doubt that the Pelosis’ home has a security system.  This system likely includes motion detectors as well.  Any movement near the house or broken glass would immediately be registered at the surveillance company.  They in turn would notify the police of the encounter.  Also, there are likely police cars circling the neighborhood where the Pelosis live.  But the police reported that Paul Pelosi made the call to the police.  Paul Pelosi never shared that the home was broken into.

There are also questions about this event being a burglary.  DePape reportedly forced entry into a rear door.  But a video from yesterday shows that there was glass on the outside of the home on the stairs behind the house.  If the window was broken from the outside, wouldn’t the glass be on the floor on the inside of the house? Attorney Harmeet Dhillon shared that there were security cameras all over the neighborhood where the Pelosis live.

We are able to confirm that this is the case.  There are CCTV cameras all over the Pelosi house.  The US Speaker of the House would not be anything but well-protected.  (See pictures above).  There also is a security detail at the Pelosi house reportedly around the clock.

There is no way that someone could break into the back door and then enter the house and go unnoticed but this is what the San Francisco Police want us to believe happened.

The official story is that DePape entered the house by forcing entry into the back door.  This is implausible.  He would have been captured by the CCTV cameras and most likely by motion detectors if he was near the house.  If he broke into the house cameras and alarms would most likely go off.

The fact is that DePape could not have broken into the house without being noticed but that is exactly what the official storyline is.  The police state that Paul Pelosi called the police and the police did not respond to an alarm at the house but rather to a call from Paul Pelosi.

We are supposed to believe that DePape made it into the Pelosi house unimpeded and no one noticed the broken door and that Paul Pelosi found him, stepped into a bathroom to call the police, and then came back and fought with DePape over a hammer and the alarms never went off and the security detail on duty ignored the forced entry into the house through the back door.

This story does not add up because the facts don’t add up.  The only logical explanation for David DePape being in the house is that he was invited.

The post EXCLUSIVE: Pelosi Home Is Surrounded by CCTV Cameras and Security Detail – Unlikely Anyone Could Break In Unnoticed appeared first on The Gateway Pundit. 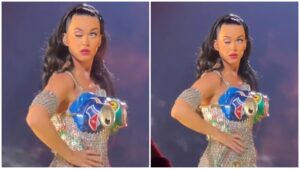 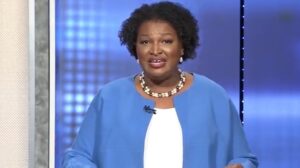 Next post Stacey Abrams Lashes Out at Brian Kemp in Tonight’s Debate: “I’ve Never Said That I Believe in Defunding the Police! He is Lying Again!” (VIDEO)
Enter Your Information Below To Receive Free Trading Ideas, Latest News And Articles.
Your information is secure and your privacy is protected. By opting in you agree to receive emails from us. Remember that you can opt-out any time, we hate spam too!