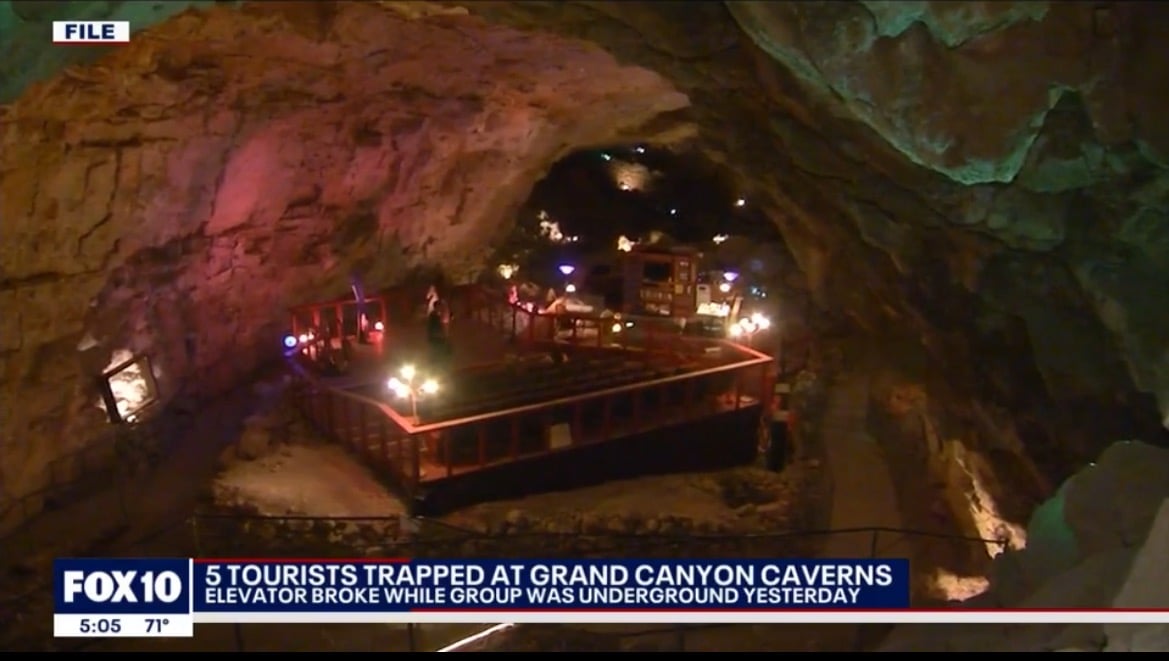 Five tourists are trapped 20 stories underground in the Grand Canyon Caverns after the elevator broke.

The tourists have been trapped 200 feet underground since Sunday before noon.

According to ABC 15, two of the tourists trapped are in their 70s and are unable to walk the 20 stories of emergency staircase.

The search and rescue team may have to use a basket to pull the trapped tourists out of the caverns.

No injuries have been reported, according to ABC 15.

Five people touring the Grand Canyon Caverns over the weekend became stuck underground after the elevator that took them more than 200 feet down broke.

There is a hotel and restaurant inside the caverns, so the tourists are doing OK, given the situation.

The issue with the elevator appears to be mechanical and if technicians can’t fix the elevator, the sheriff’s office will use a rope rescue to get the tourists out. 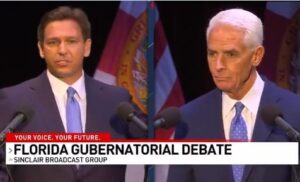 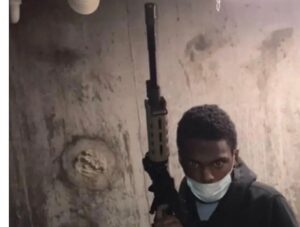