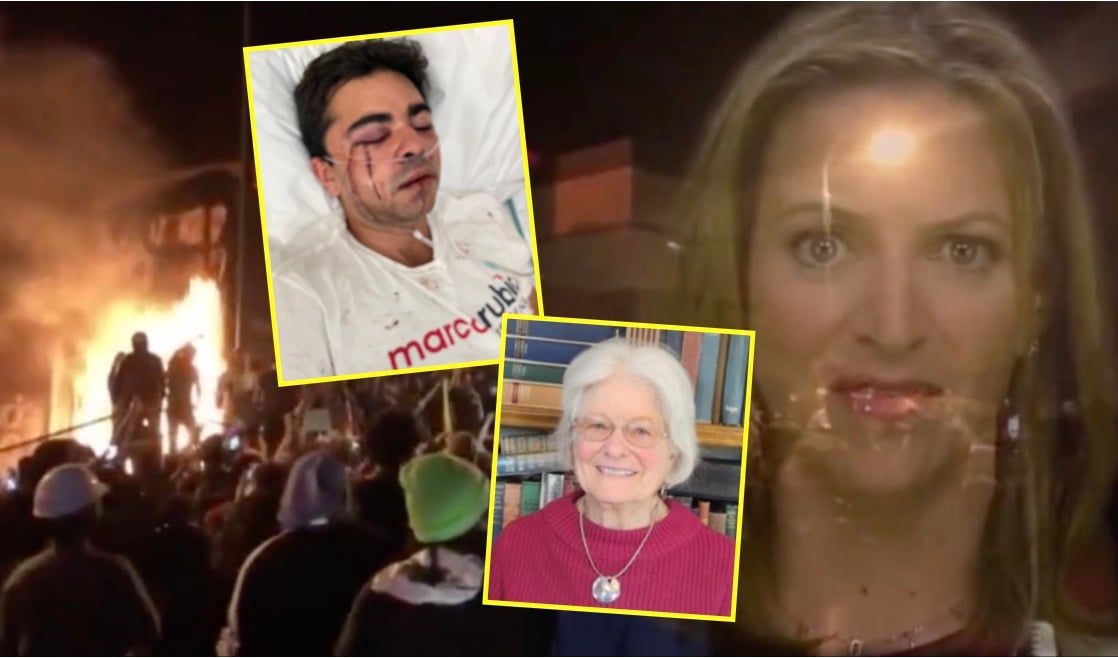 100 Percent Fed Up reports – We recently reported about an 84-yr-old woman in Michigan who was shot by a homeowner while she was knocking on doors to educate voters about the dangerous abortion til the moment of birth Proposal 3 that’s on the ballot in Michigan’s upcoming November election.

Leftist Extremism: 84-Yr-Old Woman Knocking On Doors To Implore Residents To Vote “No” on MI Prop 3 Which Would Change State Constitution To Allow Abortion Up Until Birth, Is Shot By Homeowner

Last night, it was reported by FL Senator Marco Rubio that one of his volunteers had been taken by ambulance to the hospital after he was attacked and brutally beaten in a neighborhood while knocking on doors.

Conservatives are outraged over the uptick in violence against innocent Americans for simply expressing their support for Republicans.

Hollywood actor Kevin Sorbo responded to the vile beating of the young man wearing a “Marco Rubio” t-shirt in a tweet where he asks, “Remind me again who the party of peace is?”

A canvasser for Marco Rubio was brutally attacked and told republicans aren’t allowed in their neighborhood. Remind me again who the party of peace is?

In her “Phantom Threats” video (#17 in a series of over 20 videos exposing the Soros-funded MI SOS Jocelyn Benson), MI GOP SOS candidate Kristina Karamo asks why Benson appears to be part of a dishonest plot being pushed by Democrats that warns Americans about Republicans causing issues on Election Day 2022.

Karamo points out that recently, Michigan’s dishonest SOS Jocelyn Benson appeared on the morning talk show circuit to push the big lie about violence coming from Republicans in advance of the election. In her video message, the outspoken Republican SOS candidate asks why her opponent is “stirring the pot?”

In a short clip embedded in the video, CBS’s Face the Nation host Major Garrett asks what election officials across America are “most worried about” on Election Day. Benson, who was clearly fully prepared to respond to Garrett’s staged question, responded, “Violence and  disruption on Election Day and the days thereafter.”

The Soros-funded MI SOS Jocelyn Benson ignores the violence and chaos created by the Left in the days, weeks, and even months before the 2020 election by radical groups like Antifa and BLM that sowed division and hatred among Americans.

So, why are Democrats, with no evidence to support their claims, pushing the big lie about “violence and disruption” on Election Day and the days after the election when the ONLY violence we see so far is extreme violence from the Left against conservatives? Do they have something like a Jan 6 event planned in a specific state like Michigan that will cause Americans to look away from questionable election activities or results on November 9th?

Will America’s dishonest media report about the clear uptick in violence by Leftist extremists against conservatives or will they ignore it in their efforts to help Democrats like MI SOS Jocelyn Benson push their big lie? 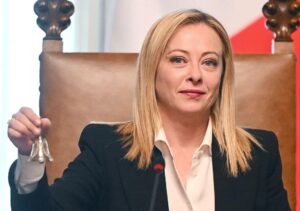 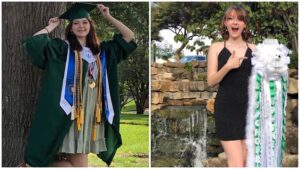